The year 2023 is a great opportunity for Japan to enhance its comprehensive engagement with ASEAN because of the 50th anniversary of Japan-ASEAN relations. Looking back at the rapid improvement of the diplomatic relationship between Japan and ASEAN member states from 1973, when diplomatic tension was high over Japan’s synthetic rubber exports, both have overcome economic and historical issues through intensive dialogue on the basis of “equal partnership.”

Indeed, Japan has long been committed to enhancing its ties with Southeast Asia, particularly under the 1977 Fukuda Doctrine. For Japan, Southeast Asia is not only the area where the vital sea lines of communication and natural resources exist but also an important geostrategic theater for Japan’s “Free and Open Indo-Pacific” (FOIP) in the context of intensifying U.S.-China strategic competition.

Southeast Asia also possesses the core of East Asian multilateral institutions, the Association of the Southeast Asian Nations (ASEAN). Since the end of the Cold War, ASEAN and ASEAN-led institutions have helped nurture regional rules and norms and shaped regional order in Southeast Asia and beyond. In this sense, ASEAN is important for Japan’s FOIP – Japan needs its diplomatic support because the ultimate objective of the FOIP is to maintain and enhance the existing rules-based international order, by which Japan has long benefitted economically and diplomatically. This is why Japan has consistently shown its full respect for ASEAN centrality and unity, as well as the ASEAN Outlook on the Indo-Pacific (AOIP).

Currently, Japan is preparing a set of recommendations to further strengthen ties with ASEAN and the member states, coming from academics, private sector experts, and bureaucrats, such as the “ASEAN-Japan Economic Co-Creation Vision” Project and the Expert Panel for the 50th Year of ASEAN-Japan Friendship and Cooperation.

Nevertheless, Japan’s emphasis on Southeast Asia and ASEAN will potentially become less visible in 2023 if the current strategic trend continues. More precisely, while such an emphasis will continue, the linkage between Japan’s strategic priority and the importance of Southeast Asia and ASEAN will become less clear. This is shown in the so-called “three security documents” (Anpo San Bunsho), namely the National Security Strategy of Japan (NSS), National Defense Strategy (NDS), and Defense Buildup Program, which were issued in December 2022.

Among these three, the most important strategic document is the NSS because it comprises the overall Japanese strategic posture, including FOIP, in the short- and mid-term. This NSS alludes to three points regarding Japan-Southeast Asia relations. First, Japan does not place Southeast Asia among its strategic priorities. Southeast Asia is only mentioned once, while there is no discussion of ASEAN (referring only to “ASEAN countries”). Second, Japan’s geographical focus is shifting back to Northeast Asia from the broader Indo-Pacific. The most pressing security issues for Japan emanate from its neighboring states, particularly China as “an unprecedented and the greatest strategic challenge in ensuring the peace and security of Japan.” The report also indicates that North Korea’s nuclear and missile development as well as Russia’s war against Ukraine threaten Japan’s security. Third, there is no specific discussion of how to maintain and enhance the existing international order through regional institutions.

To be sure, this strategic prioritization is understandable, and the NSS arguably does a great job in this respect. It shows Japan’s need to beef up its military capabilities, particularly counterstrike capabilities, as Japan’s existing defense capacity is highly unlikely to be sufficient to defend Japan and deter potential adversaries in the evolving strategic environment. Additionally, as Japan’s concept of “security” expands, economic security has been incorporated into the strategy. Therefore, the NSS emphasizes the improvement of comprehensive capabilities by redesigning its defense and by making the most of available tools – the U.S.-Japan alliance and security partnerships with regional states, such as Australia. However, the issue is that the document does not tell us much about Japan’s regional strategy in the FOIP, including Southeast Asia.

As such, Japan is, for the time being, shifting its weight toward power-based order building rather than nurturing a rules-based one. Rule-making requires international support, particularly from international and regional organizations, including ASEAN, as they could provide a collective voice. Japan’s “hope” is still to nurture a regional environment where states can peacefully coexist and cooperate with a healthy check-and-balance mechanism despite their differences. However, such a hope is weakened because of the intensification of U.S.-China rivalry caused by the continued growth of China’s material capabilities and assertiveness in the world, as well as the relative decline of U.S. global influence. Rather than focusing on engagement, Japan is now seriously preparing for the worst-case scenario. This is why Japan is concerned about and debating regional contingencies, including the Taiwan Strait.

Further, Japan now focuses more on bilateral relations and newly-established institutions rather than ASEAN. While ASEAN is imperative in facilitating a regional order in Southeast Asia and the Indo-Pacific, the NSS does not clarify what strategic roles Japan expects ASEAN to play. Instead, the NDS reiterates Japan’s respect for ASEAN-led security institutions, such as the ASEAN Regional Forum, East Asia Summit, and the ASEAN Defense Ministers Meeting Plus, with an emphasis on ASEAN centrality and unity. Yet it does not provide any new policy ideas toward ASEAN. Rather, both the NSS and the NDS highlight bilateral or flexible multilateral defense engagement with the regional states, such as the importance of “2+2” meetings and joint military exercises and training.

This posture is again understandable because ASEAN itself faces strategic difficulties. The proliferation of minilateral/multilateral frameworks, such as the Quad, AUKUS, and the Indo-Pacific Economic Framework for Prosperity (IPEF), implicitly challenges ASEAN’s aspirational centrality in the Indo-Pacific. The regional issues, such as the South China Sea and the Myanmar coup, are the sticking points vis-à-vis ASEAN unity as the member states’ perspectives differ from each other. Therefore, for now, rather than investing its limited diplomatic and defense resources in the institution in trouble, Japan first needs to swiftly consolidate its new security policy.

Still, lowering its commitment to ASEAN and moving to other regional frameworks would potentially shake ASEAN’s institutional confidence and erode ASEAN unity. Further, considering China’s engagement with Southeast Asia remains strong, as illustrated by the China-Philippines summit in January 2023, Southeast Asia likely would be more hesitant to support Japan’s role in rule-making and norm-building, as these may go against China. For Southeast Asia, China might not be the most favorable partner, but geographically and strategically, China’s regional presence can never be neglected. In this sense, deprioritizing the region would create a disadvantage for Japan’s efforts in facilitating the FOIP.

Fortunately, the three security documents are not the final strategic documents that Japan will create. By the spring of this year, the Kishida administration is planning to issue the “Free and Open Indo-Pacific Plan for Peace.” This document is important in both illustrating the objectives of Japan’s FOIP and sending a clear diplomatic message to Southeast Asia as well as the Indo-Pacific. Also, both the U.S.-Japan Summit and the U.S.-Japan Security Consultative Committee (“2+2”) held in January 2023 issued statements that expressed their continuing support for ASEAN centrality and unity, as well as the AOIP. Keeping this momentum and moving beyond rhetoric, the administration should take this opportunity to show concrete strategic priorities, objectives, and plans for the FOIP.

Kei Koga, Ph.D., is Associate Professor at the Public Policy and Global Affairs Programme, School of Social Sciences, Nanyang Technological University in Singapore. He is concurrently a nonresident fellow at the National Bureau of Asian Research. Oddisee: To What End Album Review 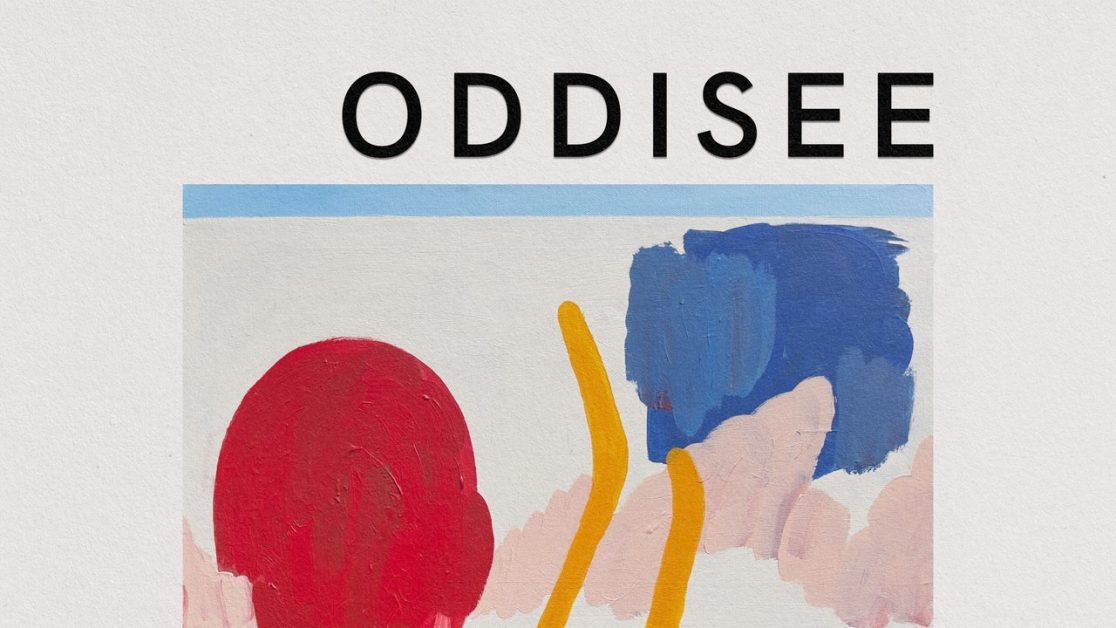 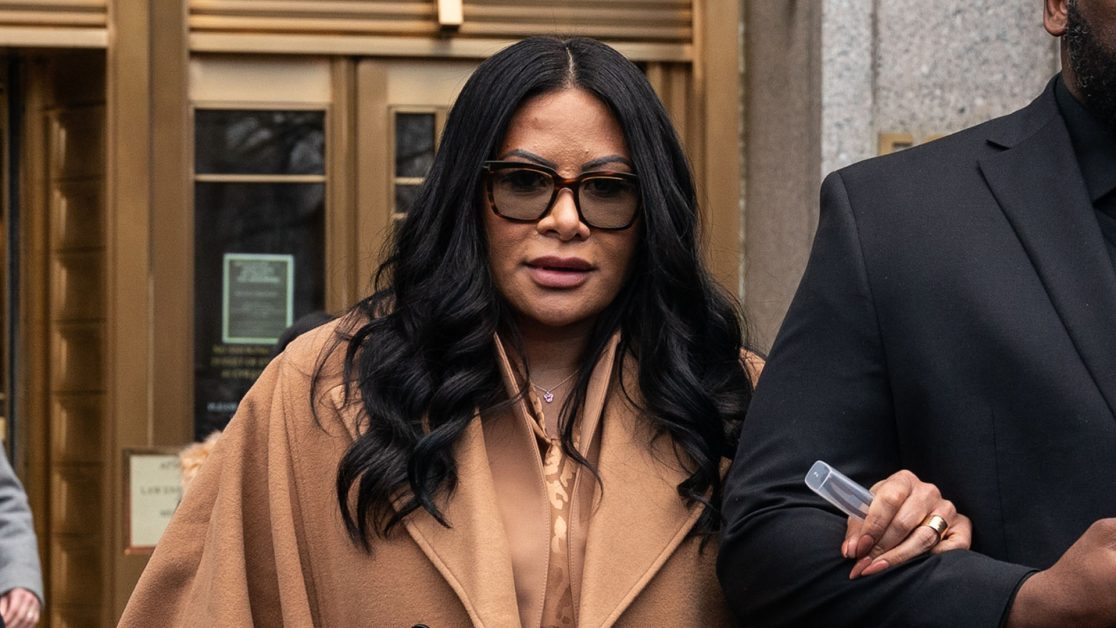