Two critical issues have been increasingly affecting the situation between Washington and Seoul, whose frequent invocations of rock-solid alliance cooperation belie unease about crucial areas of partnership

First, South Korea desires ever more alliance-partner defense and security reassurance from the US in the face of a growing North Korean nuclear threat and Chinese revisionism. Yet the US has downward-trending limits on credible reassurance, as North Korea masters nuclear weapons technology that threatens US extended nuclear deterrence for South Korea.

The US also faces less geopolitical pressure to effusively reassure its Indo-Pacific allies – including South Korea – as China grows to menace the regional order and the US consequently faces lower risks of ally hedging or realignment.

Second, in part to compete with China by partially decoupling from it, over the last decade US economic statecraft – globally and regionally in the Indo-Pacific – has solidified a dramatic deglobalization shift that demands disruptive geo-economic bandwagoning by allies (such as South Korea) while giving little in return.

Washington’s weak-sauce Indo-Pacific Economic Framework (IPEF) and its dismissive attitude to Seoul regarding the Inflation Reduction Act (IRA) are potent symbols of this.

Thus, although the US and South Korea remain allies and partners with shared values and deep incentives and path dependence for cooperation, there are real, substantive, vigorously roiling challenges to the relationship that cannot be successfully met with traditional “ironclad,” “linchpin” shibboleths.

Over time, of course, Washington-Seoul relations have grown into a comprehensive strategic partnership that includes the military alliance, tight economic/trade relations, shared political values, and cooperation in the maintenance of the post-WWII rules-based international order.

And therein lies the rub at present: the US remains an indispensable, formidable and reliable military alliance partner for South Korea, but is also conducting economic statecraft both globally and in the Indo-Pacific seemingly detrimental to and dismissive of South Korean economic interests, not to mention broadly out of step with trade rules anchored in international law.

The principal proximate problem in US-South Korea trade relations is the IRA, US economic legislation from August 2022 that provides discriminatory subsidies for electric vehicles (EV) in order to incentivize production in the US.

Among others, this part of the IRA – which is generally considered against WTO rules and violates the South Korea-US Free Trade Agreement – will hurt South Korean auto manufacturers Hyundai and Kia, as well as Korean suppliers downstream of them. South Korean officials have referred to the subsidies as a “betrayal.”

The issue has taken up a lot of time and energy for alliance managers. The Yoon administration has at points dispatched its trade minister, foreign minister, prime minister and sundry other senior officials to discuss the issue with the US trade representative, commerce secretary, secretary of state, deputy secretary of state, national security advisor and members of Congress.

Meetings have been held bilaterally in Washington and Seoul, as well as on the sidelines of multi-lateral diplomatic gatherings such as the G20, the UN General Assembly and APEC.

President Yoon has personally discussed the issue with President Biden. South Korea is considering bringing the matter before the WTO if it is not satisfactorily remedied, and has been in consultations with other aggrieved US trade partners (notably the EU and Japan) on how to proceed in pressuring the US to alter the IRA.

For its part, the Biden administration has been reluctant to admit that the IRA represents a problem for South Korea. Instead, it has proffered typical bromides that acknowledge notice of Seoul’s concerns while also downplaying them and minimizing the possibility of substantive change to the law – which would have to pass a generally dysfunctional Congress unlikely to treat the specific issue of the IRA as a priority.

The most the Biden administration has offered heretofore is to use executive authority to interpret the law in a way that will allow overseas companies (such as Hyundai and KIA) to qualify for the subsidy for electric vehicles that are sold for commercial purposes (for example, vehicles for the rental car market).

Washington’s response to Seoul’s objections to the new law has not mollified Seoul. Meanwhile, a weekly – seemingly daily – drumbeat of stories on the topic in South Korean media has exacerbated the negativity and weakened, even if only very moderately, the trust and mutual respect that should underly the alliance.

The IRA is also symbolic of a larger issue in relations between the US and its allies, notably in the Indo-Pacific: lack of US economic statecraft keyed to producing outcomes desired by regional allies and partners.

Under both Trump and Biden, the US has remained allergic to contemplating (re-)joining regional multi-lateral trade deals, the Comprehensive and Progressive Trans-Pacific Partnership (CPTPP) for one. The Biden administration’s signature regional economic proposal, IPEF, is a largely undeveloped project with unknown staying power.

The only certainty is that the framework does not contain market access provisions – which is the main item that IPEF members, including South Korea, want. The suspicion is that IPEF is largely an exclusive US policy intended as a part of Washington’s strategic competition with Beijing – a dynamic in which many US partners and allies, including South Korea, have extremely limited interest, in part because China is much more present economically in the Indo-Pacific, including in market-access trade deals such as the Regional Comprehensive Economic Partnership (RCEP).

South Korea signed on to IPEF – as well as to the US-led Chip 4 grouping intended to limit Chinese access to high-end semiconductors – out of alliance obligation more than conviction. Thus, to be rewarded with US protectionism in the IRA and controversial technology export controls has been a bitter pill to swallow, a source of significant alliance friction and another data point for questioning US strategy in the Indo-Pacific.

South Korea released its own long-awaited Indo-Pacific Strategy, which struck a balance between dovetailing with US interests in the region and reassuring China that Seoul remains a partner solicitous of good economic relations with Beijing.

Beyond economics and trade, the more visible challenge for the US-South Korea alliance is the maintenance of effective deterrence and warfighting readiness vis-à-vis North Korea.

Although the Yoon and Biden administrations largely (though not completely) have mended some of the spots that frayed during the Moon and Trump administrations, solidified Washington-Seoul military cooperation now faces increasingly complicated external threats from North Korea.

At root, this is due to Pyongyang’s improving nuclear arsenal, especially its missile capabilities, which were on unprecedentedly frequent display in tests and demonstrations during the fall of 2022.

The Kim regime’s apparent qualitative and quantitative progress on short-, medium-, intermediate- and long-range conventional and nuclear-capable missiles, when added to likely development of tactical nuclear weapons poses a challenge to both US-South Korea conventional deterrence and US extended nuclear deterrence for South Korea. Much US-South Korea military alliance activity has been dedicated to trying to meet that challenge.

Yet, despite all the right words and signals of alliance military strength, there remains a nagging sense that deterrence – conventional and extended nuclear – on the Korean Peninsula is fragile and under heightened threat.

First, Yoon instigated an alliance communication kerfuffle by insisting in public statements that the US and South Korea would engage in combined “nuclear exercises” in order to solidify extended nuclear deterrence, an assertion leading to minor diplomatic disagreement over several days, including finally a terse rejection of Yoon’s statement by President Biden.

The poor alliance management during the confused spat was bad enough, but the real news is the underlying belief, apparently held by Yoon, that US extended nuclear deterrence is indeed not currently sufficient or credible, and that “more of the same” in US-South Korea military alliance relations is not a viable answer for Seoul.

Second, the one obvious, feasible shift that could in principle rearrange the status quo vis-a-North Korea is improved, scaled-up trilateral defense and security cooperation with Japan, and indeed the US and South Korea are enacting that (or planning on it) in areas such as naval exercises, intelligence sharing, and (potentially) anti-missile defense cooperation.

This would help neutralize some of North Korea’s stratagems, and potentially make a North Korean attack either more costly or less likely to succeed (or both).

It would also be a source of concern (and potentially serious discord) with China. Perhaps that is a feature, not a bug, as Washington has made clear that if Beijing does not help rein in Pyongyang, the US-South Korea-Japan military cooperation that worries China so much could be in the offing.

It is also worth noting that outside officialdom, there has been a growing sense that the fragility of and heightened threats to deterrence on the Korean Peninsula require a new set of answers.

A significant part (around 70%) of South Korea’s population, as well as a small number of mainstream think-tank analysts and politicians, are now in favor (in the abstract) of acquiring indigenous nuclear weapons, with support correlating with beliefs that North Korea will not denuclearize and that US extended nuclear deterrence guarantees are insufficiently credible (although national pride and a forward-looking desire to deter China are also factors).

Going in the opposite proliferation direction, there are growing voices arguing for arms control talks with North Korea. Richard Haass, former US State Department policy planning director under President George W Bush and the living embodiment of the Washington foreign policy mainstream, acknowledged that denuclearization was unrealistic and arms control thus advisable.

This perspective also got a small boost from “official Washington” when Bonnie Jenkins, US State Department Undersecretary for Arms Control, made a lengthy public statement positively assessing the possibility of arms control negotiations with North Korea. Jenkins’s remarks were quickly walked back by the Biden administration

In any event, arms control proponents have one thing on their side: the assumption that denuclearization is dead, that the era of long-term extended nuclear deterrence vis-à-vis North Korea has arrived (but that deterrence may not hold), and that security dilemma risks will thus grow in the absence of mechanisms to mitigate them.

Summing up as we move into 2023, there appears to be appetite on both sides to continue dialogue over the IRA, especially as South Korea has lent its weight to the Biden administration’s IPEF and Chip 4 Alliance initiatives (nebulous as they are), and support for the alliance remains a matter of mostly bipartisan consensus (for now).

However, if US congressional action is required to address impasses in the alliance, recent events on Capitol Hill suggest that what was once procedurally standard can no longer be taken for granted.

Mason Richey is an associate professor of international politics at Hankuk University of Foreign Studies in Seoul and a senior contributor at the Asia Society (Korea). Rob York (rob@pacforum.org) is the director for regional affairs at Pacific Forum and editor of Comparative Connections: A Triannual E-journal of Bilateral Relations in the Indo-Pacific.

This is the first of two pieces excerpted from their original article in Volume 4, Issue 3 of Comparative Connections. It is republished with permission. The second piece, focusing on North Korean weapons tests, is coming tomorrow. 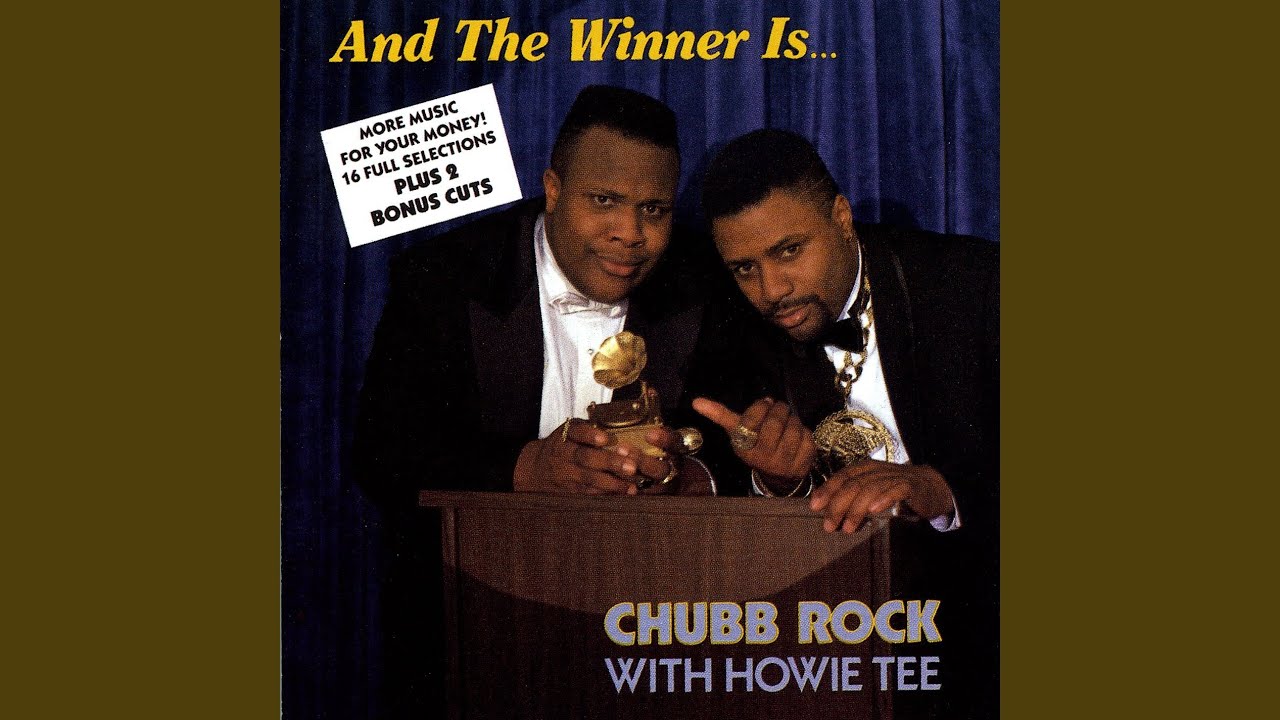 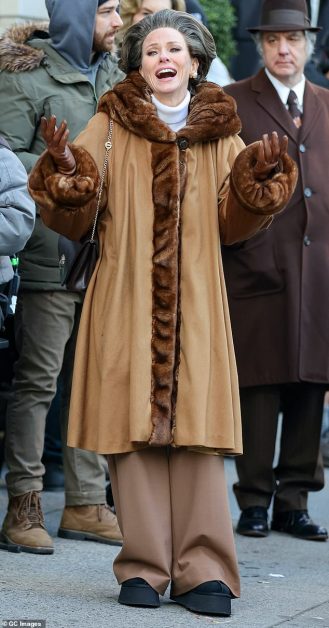