Many foreign-policy analysts regarded former U.S. President Donald Trump’s 2017 decision to withdraw from the Trans-Pacific Partnership (TPP)—a trade pact between 12 Pacific Rim economies and the United States—as a blunder of historic proportions. The deal, which would have lowered tariff barriers between countries that collectively account for roughly 40 percent of global GDP, would have expanded the United States’ economic reach and security alliances and represented an opportunity for Washington to counter Beijing’s primacy in the Indo-Pacific.

In 2022, U.S. President Joe Biden negotiated what could be seen as the equivalent of a do-over of the TPP: the Indo-Pacific Economic Framework (IPEF), which would unite 13 countries in the region and the United States. The IPEF is supposed to create channels for coordination and investment, diversify U.S. supply chains, and hasten the region’s green energy transition. With new rules and standards for how goods are designed and produced, the Biden administration hopes to build relationships with partners that commit to U.S. values on labor and the environment and reduce China’s presence in U.S. supply chains.

Because of abiding resistance to free trade in the United States, the IPEF has not been crafted as a traditional trade agreement. In particular, it does not offer signatories preferential access to the U.S. market. That might make the IPEF more acceptable in the United States, but it will hamper the effectiveness of the pact. South Asian and Southeast Asian countries are eager for deeper economic engagement with the United States. Without a tangible reward for meeting U.S. demands, however, leaders in these countries have little leverage to overcome their own domestic opposition for the changes in their labor and environmental policies that the IPEF would require. By overreaching in its demands for regulatory changes and supply chain purity, the United States risks squandering this second chance to influence how the fast-growing Indo-Pacific region develops.

QUID FOR WHAT QUO?

The Biden administration has claimed that the IPEF would promote a regional economy that is worker friendly, resilient, green, and socially inclusive. The initiative is designed around four issue areas, or pillars: supply chains, clean energy, decarbonization and infrastructure, and fair taxation and anticorruption. Members do not need to sign on to all pillars, but they must embrace the goals of those they do accept.

Although the IPEF is unlikely to create the model economies touted by the Biden administration, the deal has the potential to produce real benefits for its participants. U.S. engagement can enhance American investment in the region, slowing the rise of China as its dominant player. Through technical assistance and training, the IPEF can assist poorer members in their quest for higher quality development by building up their governments’ capacity to lower carbon emissions. The pact can facilitate the sale of U.S. technologies that could help address the region’s exposure to climate change and prepare coordinated responses to natural and manmade supply disruptions.

The IPEF’s trade pillar is the main reason regional leaders want to join the pact. But as things stand now, the United States is asking for major changes in signatories’ regulations and markets while offering almost no concessions of its own. The IPEF participants are a diverse group, ranging from advanced, innovative powerhouses to developing countries. The group includes Australia, India, and Japan—which along with the United States are part of the Quadrilateral Security Dialogue, an informal forum implicitly aimed at countering China. New Zealand and South Korea have signed on to the IPEF, as have the six biggest countries in the Association of Southeast Asian Nations (Indonesia, Malaysia, the Philippines, Singapore, Thailand, and Vietnam) and the tiny countries of Brunei and Fiji.

For the IPEF’s smaller members, the trade pillar may be a nonstarter. The United States wants its partners to adopt more stringent labor and environmental standards and refrain from adopting rules that tax digital flows or that force firms to store data locally. It calls on members to enact and enforce “high standards,” implicitly defined as those chosen by the United States. The IPEF’s trade pillar pushes far beyond recent trade agreements to govern contested areas such as the speed of decarbonization and e-commerce rules. The scope for consensus on norms in these areas is untested, especially among such a diverse set of countries. Indeed, in many of these areas—notably regulation of Internet platforms, carbon border adjustment taxes, and data privacy protections—the United States has failed to form clear policy positions of its own.

Countries differ in how quickly they could adopt American standards in so many complex policy areas.

Although Washington is asking for commitments in many sensitive areas, it is offering no incentives for meeting its demands and no mechanisms to ensure compliance. U.S. Trade Representative Katherine Tai has made clear that the IPEF is not a traditional trade agreement and that the United States will not be lifting tariffs it currently places on exports such as apparel and footwear. As a result, member countries have little reason to take on obligations they would not otherwise consider. To be sure, governments across the Indo-Pacific are open to instituting fair working conditions, clean environments, and developing rules that enable cross-border digital sales and purchases through Internet platforms. But countries differ in how far and quickly they would be able to adopt American standards in so many complex policy areas—assuming they even want to. Developing countries often view exhortations to adopt U.S.-preferred domestic regulations as an effort to constrain their ability to compete with richer nations. They see those demands as pressure to accept U.S. choices in patent protection, health and safety standards, and digital trade.

Official statements published after the first IPEF ministerial meeting commit negotiators “to consider flexibilities” in recognition of “different levels of economic development and capacity constraints” but provide no indication of why such flexibilities are needed or how they might be used. Flexibility in trade agreements typically allows less developed countries to deviate from specific commitments while still enjoying preferential access to the U.S. market. The IPEF, however, cannot provide that flexibility, since the framework lacks trade concessions to revoke and has no enforcement mechanism.

The current contours of the agreement, however, could allow the United States to penalize those who fail to meet the agreement’s high standards. New tariff penalties could be justified by appeal to Section 301 of the Trade Act of 1974, which allows the U.S. trade representative to act if partners do not meet commitments made in trade agreements. With no dispute-resolution mechanism in the IPEF, penalized countries would have no way to contest U.S. penalties. India has decided that such an outcome is too much of a risk: it has preemptively opted out of the trade pillar, citing concerns that the United States would condition access to its market on India’s labor and environmental policies. Unless the United States restrains its ambitions for high and uniform standards, more developing countries will follow India’s lead.

In the aftermath of the COVID-19 pandemic, there is a growing demand for resilient and sustainable supply chains. The IPEF negotiating framework highlights essential areas for cooperation, including identifying critical sectors and goods, diversifying supply sources, developing information sharing and a crisis-response mechanism, and improving supply chain logistics. China is not mentioned by name in the IPEF Ministerial Statement guiding the supply chain pillar, but the country remains a powerful presence in negotiations.

China is a top export market or import source for every IPEF country. Eleven are members of the Regional Comprehensive Economic Partnership (RCEP)—a trade pact between the ASEAN members and Australia, China, Japan, New Zealand, and South Korea—and thus are already in an economic partnership with the Asian behemoth. Six of these RCEP members are also parties to ongoing ASEAN negotiations over an updated free trade agreement with China. Despite these growing links to China—or maybe because of them—China’s recent weaponization of trade against Australia, Lithuania, and South Korea, in each case stopping imports from these countries as retaliation for perceived diplomatic slights, has heightened the desire of IPEF members to diversify both their import sources and their export markets. As they navigate the IPEF, Asian negotiators must thread a narrow path between their desire to hedge against Chinese influence and their need for access to Chinese markets and investment.

So far, the Biden administration has failed to define where and to what extent it wishes to see Chinese participation in supply chains curtailed. On her first visit to India, in November 2022, U.S. Treasury Secretary Janet Yellen called for “like-minded countries” to work together to reduce the world’s dependence on “risky countries,” taking clear aim at China. This is bold rhetoric, but it plays poorly outside India, where such statements suggest an open-ended push to decouple supply chains from the region’s largest economy.

Despite the risks IPEF countries face in reducing China’s role in their supply chains, they are eager to participate in the United States’ push toward “friend shoring,” or encouraging companies to shift manufacturing away from authoritarian states and toward allied nations. After U.S. President Donald Trump imposed tariffs of up to 20 percent on U.S. imports from China in 2018 and 2019, India, Japan, South Korea, and Vietnam gained a larger share of the U.S. market. Since then, India and Southeast Asian countries have become increasingly important global supply nodes. Through IPEF-related foreign investment and technology transfer, they hope to become major suppliers of electronics, energy components, and medical products to the U.S. market, as well as provide traditional labor- and resource-intensive goods.

The Biden administration has failed to define where it wishes to see Chinese participation in supply chains curtailed.

The success of U.S. friend-shoring efforts in the region likely hinges on whether the United States commits IPEF partners to intermediate input sourcing only from other countries that the United States deems to be allies. By eliminating China as a source of intermediate goods, participants in friend shoring risk degrading their own export competitiveness. If the United States were offering preferential market access to those who meet the new no-China requirements, taking on new obligations that raise production costs to serve U.S. buyers might make economic sense. Without such access, private investment in constrained supply chains will be hard to raise.

One way U.S. negotiators can improve prospects for a successful IPEF outcome is by tempering their expectations for how extensively and rapidly U.S.-allied nations can reduce their reliance on Chinese investors and suppliers. U.S. policymakers are identifying parts of the supply chain that they regard as critical to national security. This is a positive development, because it could provide parameters for the United States’ requests for reducing China’s role in exports.

Recent American initiatives suggest that the United States is willing to facilitate investments in IPEF partners capable of serving as alternate suppliers. For example, a recent U.S. government loan to First Solar, a U.S. manufacturer of solar panels, to set up a factory in India may be an indication of how the United States can move away from dependence on the Chinese market.

Achieving even a limited set of the IPEF’s promises requires a flexible and patient approach to relationship building. By opening a consultative and wide-ranging dialogue with a diverse set of countries, the United States is offering something of value to its Indo-Pacific partners. The IPEF can pay real dividends over time for all its members, especially if the United States tempers its ambitions by recognizing the region’s policy preferences and existing alliances. 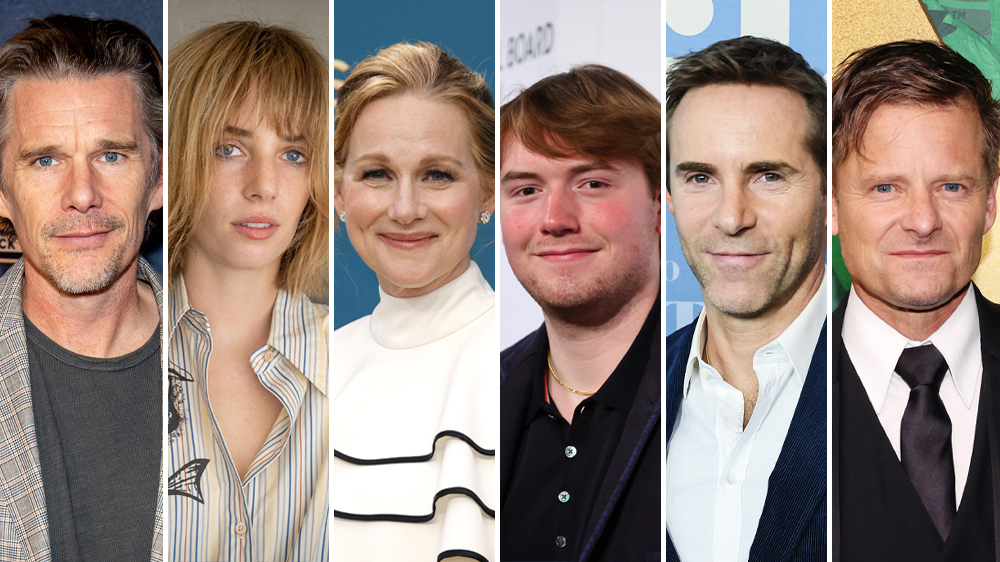