Japan Soft-Selling Its Remilitarization To The World

MANILA – Japanese Prime Minister Fumio Kishida kicked of the new year with a series of high-profile visits across key Western allied nations, including the United States.

In Washington, he held“very productive” talks with US President Joe Biden on strengthening bilateral cooperation in critical industries, particularly semiconductors, as the West contemplates decoupling from its decades-long dependence on China.

Earlier, the Japanese leader also met counterparts in Europe where he signed new defense agreements to augment military interoperability and joint exercises in the Indo-Pacific. Together with the United Kingdom and Italy, Japan hopes to produce under the Global Combat Air Program (GCAP).

Kishida’s diplomatic offensive comes amid a historic defense build-up at home, with Japan aiming to double its defense spending as a share of its gross domestic product (GDP), the third largest in the world, over the next five years.

By allocating a whopping US$315 billion (43 trillion yen), Japan aims to modernize its defense capabilities and close its military gap with rival powers.

During a speech at the Johns Hopkins School of Advanced International Studies (SAIS) in Washington this month, the Japanese leader called for a united stance vis-à-vis beijing , arguing“[i]n managing relations with china, it is absolutely necessary for Japan, the US and Europe to work together as one.”

The Kishida administration’s latest moves suggest that Japan is seeking to both enhance cooperation with Western allies faced with a rising China as well as strengthen its own defensive capabilities as an increasingly autonomous power in the Indo-Pacific.

Over the past two decades, various Japanese leaders, most prominently the late prime minister Shinzo Abe, made a concerted effort to revisit the country’s post-war pacifist constitution.

Then-prime minister Shinzo Abe (L) chats with an officer of the Maritime Self Defense Force during a fleet review at Sagami Bay off Kanagawa Prefecture in 2006. Photo: AFP / Kazuhiro Nogi

Under the vaguely-defined doctrine of“collective self-defense”, the Abe administration reinterpreted Article 9, or the“peace clause”, of Japan’s Constitution in order to enable Japanese Self-Defense Forces (SDF) to join US military operations overseas in the event of a major contingency.

The former Japanese leader also oversaw a significant increase in the country’s defense spending as part of broader efforts to enhance the SDF’s ability to engage in modern warfare. Soon, Japan also deployed, for the first time since the end of World War II, armored vehicles to overseas military drills between US and regional allies.

Under Abe’s watch, Japan also engaged in unprecedented efforts to share defense technology and collaborate on the development of new weapons systems in tandem with like-minded powers such as India.

Japan also expanded its maritime security aid , thus paving the way for deepened institutionalized defense dialogue with key Southeast Asian countries such as the Philippines, Indonesia and Vietnam, which have been at the forefront of resisting China’s expanding maritime footprint across the South China Sea basin.

Nevertheless, Abe always fell short of fully revising the country’s pacifist constitution, a task that has been passed onto his proteges, including Kishida, whose ruling coalition now enjoys a significant majority in the Japanese legislature.

Although intra-coalition disagreements have hobbled a concerted push to overhaul the country’s post-war constitution, public support for such a move has been steadily on the rise in recent years amid growing fears about China and its rising assertiveness.

Against a seismic shift in the country’s domestic politics and public attitudes, Japan released a landmark nss document last month, which warned of the“most severe and complex security environment since the end of World War II” due to efforts of revisionist powers“seeking to unilaterally change the status quo by force.”

“China has intensified coercive military activities around Taiwan, and concerns about peace and stability in the Taiwan Strait are rapidly increasing not only in the Indo-Pacific region, including in Japan, but also with the entire international community,” the NSS says. 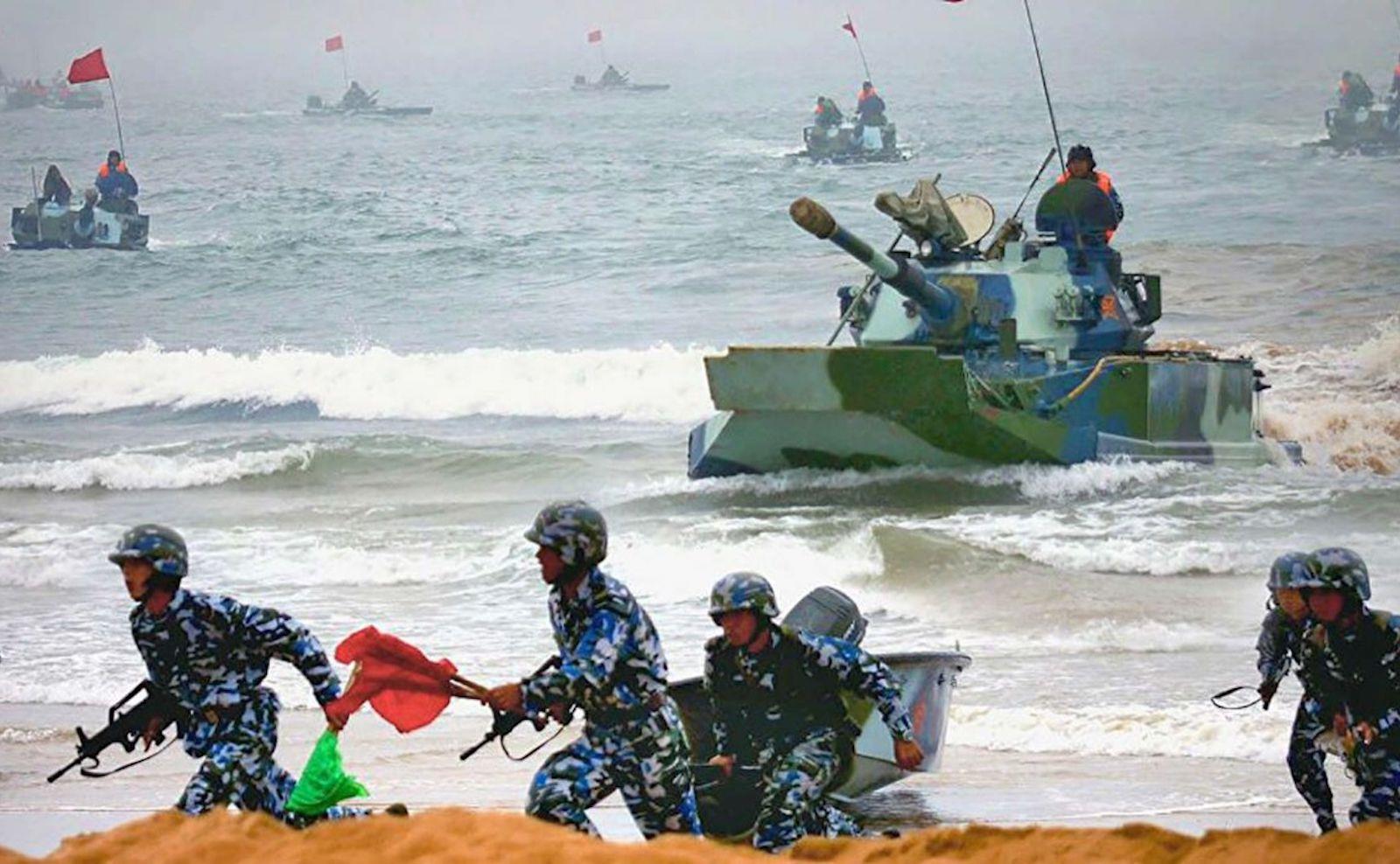 A simulated Chinese invasion of Taiwan. Japan would be quickly dragged into a conflict between the US and China over the nearby self-governing island. Image: Facebook

Although Japan’s ruling Liberal Democratic Party pushed for labeling China as a“threat” in the NSS, the eventual document, in a nod to the more pacifist members of the ruling coalition (i.e. Komeito), instead settled for less confrontational language that characterized the Asian powerhouse as“the greatest strategic challenge that Japan has ever faced.”

A notable element of the NSS is the emphasis on the need for Japan to develop a“counter-strike capability”, namely allowing the SDF to target bases and command-and-control centers of enemy states in the event of a contingency.

Accordingly, Japan is expected to augment its network of missile defense systems, especially Type-12 standoff missiles coupled with US-made Tomahawk cruise missiles with a range of about 1,600 kilometers, over the next half a decade.

Describing China’s and North Korea’s growing military capabilities as“a real threat,” the NSS maintains that its“counter-strike capability” is a purely deterrent measure that will only be applied“in light of individual and specific circumstances” and that“there is no change in the fact that pre-emptive strikes … are not permitted” per the country’s pacifist constitution.

In particular, the Japanese government maintains that developing new military capabilities will have to strictly meet three preconditions, namely (i) that an armed attack has occurred or is imminent, (ii) that there is no other way to halt an attack, and that (iii) the use of force is limited to the minimum necessary.

At a press conference shortly after the new NSS’ approval, Kishida warned that the region is“at a historical crossroads” and that his country’s“new security policy is a major shift from the postwar security policy.”

Nevertheless, the Japanese leader maintained that the country’s defensive buildup and new strategic orientation is“within the scope of the Constitution” and that“Japan’s path as a peaceful nation will remain unchanged.”

Given Japan’s World War II atrocities in the region, its recent military build-up, with defense spending increasing by a whopping 20% this year, is bound to face criticism overseas, especially in neighboring South Korea and China. Kishida was thus intent on securing, support from major allies across the world during his five-country trip.

In the UK, Kishida secured a new Reciprocal Access Agreement (RCA), which would further enhance military interoperability between the two nations. Along with Italy, the two countries are also working on a sixth-generation fighter jet, which will enhance their combat capabilities in the succeeding decades. 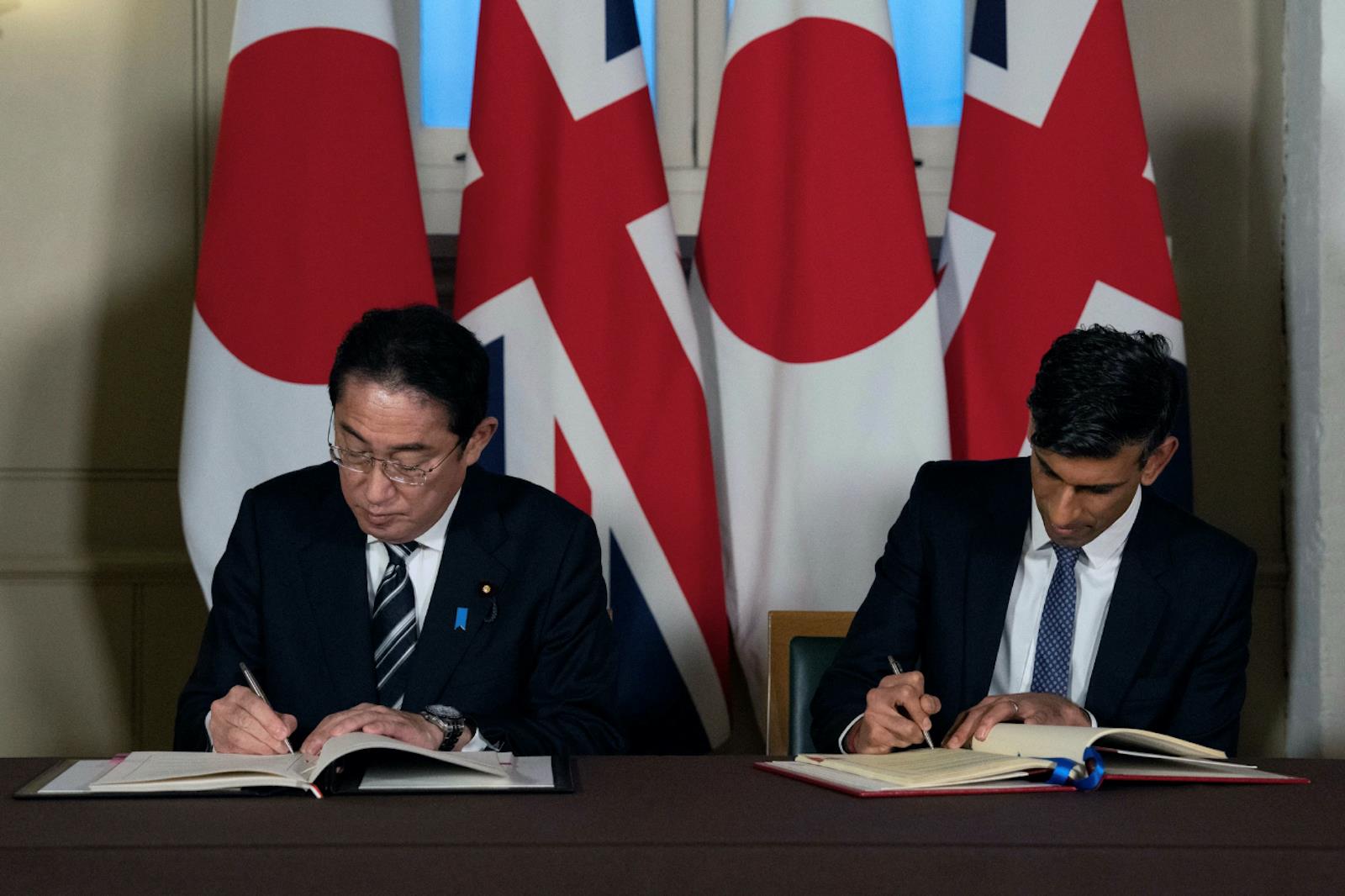 In parallel, Japan is also negotiating an information-security agreement with Canada, another G7 member, which has also vowed to expand its strategic and naval footprint in the Indo-Pacific.

Growing defense cooperation with Europe and Canada allows Japan to hedge against any potential shifts in American foreign policy. Nevertheless, with the prospect of war over nearby Taiwan looming, Kishida has also doubled down on defense coordination with its most important ally, the US.

For his part, Biden fully supported Japan’s new defense direction and emphasized the need for even greater defense cooperation in the coming years amid shared concerns over China in the Indo-Pacific.

“Let me be crystal clear: the United States is fully, thoroughly, completely committed to the alliance and more importantly to Japan’s defense,” Biden said following his meeting with Kishida in Washington, thus welcoming a more powerful and self-reliant Asian ally. 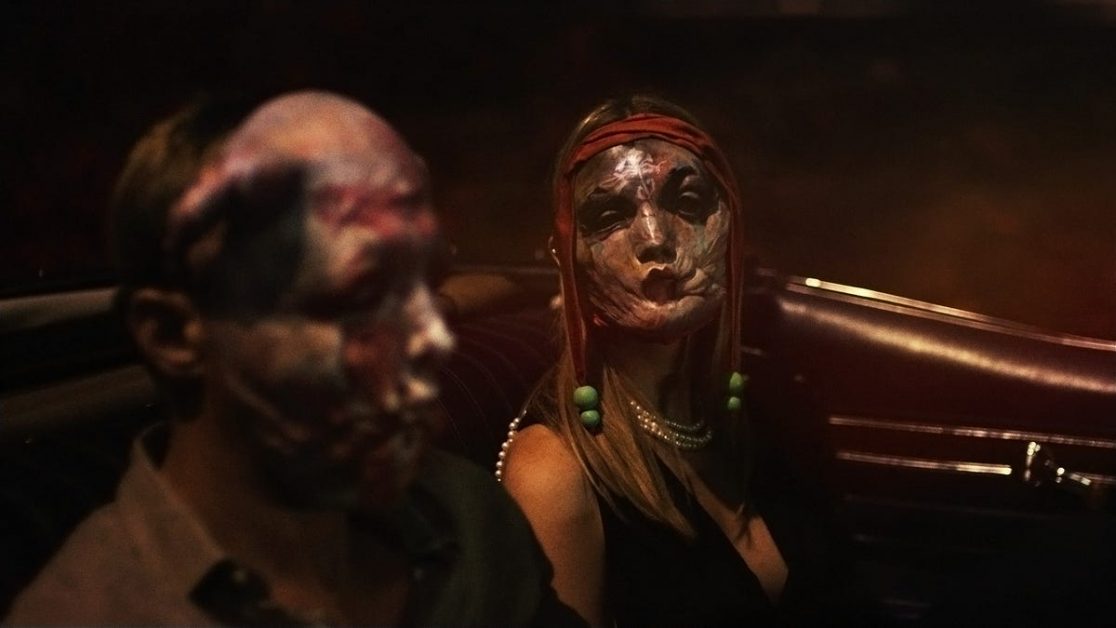 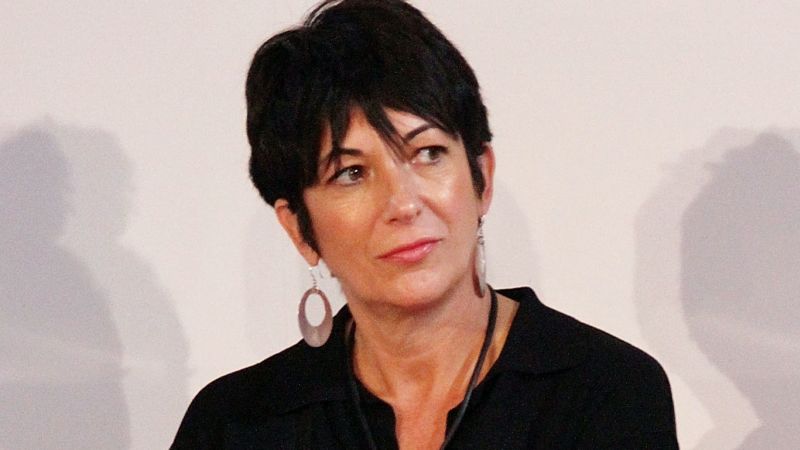