US beaches begin reopening, with restrictions varying from state to state – National News

“Surfing is water therapy,” Meador told Nightline. “You’re connecting with the ocean. You can leave all the stresses of your day-to-day life on the shore and then just go out.”

After strict closures around the state prohibited public access to this iconic coastline, Meador finally got to get back in the water for the first time last week, and her first paddles into the surf were soothing.

“Having the beaches shut down has been really hard as a surfer and as somebody that really kind of activates myself in all that I do from the ocean. It’s been difficult,” she said.

After months of lockdown at home, millions of Americans were feeling the same way — eager to venture outdoors in the warming weather ahead of Memorial Day weekend.

But remembering to put on enough sunscreen is no longer one of the biggest worries. Nationwide restrictions protecting beachgoers from COVID-19 vary from state to state, even county by county in some places. Many beaches from coast to coast now require face masks and are banning items like umbrellas, towels and coolers, hoping to keep shorelines safe.

With many states seeing the curve start to flatten, governors from California to New Jersey are agreeing to start opening beaches again.

Florida was one of the first states to open in early May after hosting hordes of spring breakers in March.

But issues like overcrowding have caused some cities like Naples, Florida, to close, reopen, then re-close its shores again. Naples’ beaches are back open, but with various restrictions.

Keeping up and enforcing all of these guidelines presents new challenges for those charged with protecting the public. Los Angeles County ocean lifeguard specialist Pono Barnes’ unit helps protect over 72 miles of coastline.

“We’ve never closed the beaches like this,” Barnes told Nightline. “There is no playbook. There’s no exact right way to do it.”

Los Angeles resident Darryl Cypher was out on the beach for the first time in weeks and said it felt great to be back out on the sand with his kids, especially with schools being closed.

But on the first day of reopening beaches in L.A. County, many beachgoers were spotted without masks on, despite the health orders requiring them. One L.A. couple told Nightline they felt they only needed masks or face coverings in crowds or at the grocery store, but not so much walking along the beach.

While spreading out is good for social distancing, Barnes said, lifeguarding becomes more difficult. Now, when lifeguards respond to an incident, they put on a “full isolation kit,” Barnes said.

“We have gloves, masks, goggles, N-95 masks … a gown and pants and shoes,” he said. “Whether it’s CPR or attending to someone’s wound, we’re gonna do everything that we normally would do with just a couple extra layers of protective equipment.”

Environmental groups like Surfrider Foundation are supporting lifeguards like Barnes. CEO Chad Nelson has been pushing for safe reopening of beaches and is educating people on the importance of following rules.

“It’s only May, you know, we’re going to see beaches become more crowded,” Nelson told Nightline. “It’s really, I think, a two-part system to make this work. One, the management authorities have to have strategies and policies like they do now. That makes sense. And the public needs to be responsible and comply.”

Nelson added that being out has a significant mental health perspective.

“When you think about, you know, what people have been dealing for the last two months, being restricted to their home environments, having no opportunity to engage in what some of their typical activities are… the opportunity to come down to a seashore town like New Jersey is a wonderful outlet for people,” he said. “We certainly encourage it. We still need to make sure that we’re giving people the proper distance, even if it’s sitting on the beach.”

Across the country on the East Coast, New Jersey is preparing for beaches to reopen on May 22.

Tourism as a community’s lifeblood

For Cape May, New Jersey tourism is the lifeblood of the community. County residents like 71-year-old Bill Green hope the seaside town can preserve its reputation as one of the country’s oldest vacation resort destinations through the pandemic.

“The impact that this is having on shore communities is significant,” Green told Nightline. “There’s no question about that. It’s a town that thrives on tourism and we haven’t had tourism since March.”

On Friday morning, the retired professor hit the boardwalk, passing out masks as a “social distancing ambassador,” a part of a new county health initiative called “Six Feet Saves.”

“Being a resident of a shore town, you have to be resilient,” Green said. “I’m very confident that we’re going to be able to pull through this.”

Megan Santiago and Liberty Kocis, health educators with the Cape May Health Department, are responsible for the “Six Feet Saves” campaign.

“A lot of people smiled at us, thanked us,” Kocis said.

“I think prevention is key from contracting COVID-19… so if we can prevent it and just help our local hospitals out that way, and help our nurses and our doctors who are on the front line,” Santiago added.

In a typical year, Cape May County draws more than 10 million visitors, but as temperatures warm, Americans are still navigating their summer travel plans.

“Beaches will be pivotal drivers,” Ellwood said. “If you can safely reopen that beach and get people spending money at the beach bars, at the restaurants and on the boardwalk, it’s one way to help the economy kickstart, but the bonus having everyone have a great time.”

Ellwood said the uncertainty surrounding the safety of travel during the pandemic could mean more beachgoers with locals staying home.

“It feels very intimidating to step outside your comfort zone,” he said. “But we have seen that online a lot of the searches about travel right now are saying, ‘When will it be safe to travel?’ ‘How can I travel safely?’ What that means is by choice or by necessity, more Americans than ever will be heading to local beaches.”

According to AAA, “online bookings have been rising, though modestly since mid-April, suggesting travelers’ confidence is slowly improving.”

But domestic flights have plunged almost 70 percent since last year and last week, seven out of 10 hotel rooms across the country were vacant.

All of this has devastated Hawaii’s tourism industry. Shuttered shops and empty beaches are all that’s left of Wendy Perez’s 31-year career in hospitality, as COVID-19 wreaked havoc on Oahu, the island she calls home.

“Waikiki is normally bustling with travelers. You see Waikiki now, it’s a, it’s a ghost town,” Perez told Nightline. “There’s no one on the beaches, the sidewalks; the shops and hotels are boarded up. My hotel is boarded up. It’s just such an extreme difference from the normal Waikiki that we know.”

In addition to her immediate family, she’s also taking care of her 85-year-old father, who’s in a high-risk group.

The tourism industry came to a screeching halt in March, leaving many like Perez without a job. She’s now one of the 200,000 Hawaiians — a third of the state’s workforce — applying for unemployment.

“You’re mainly worried about your bills, your day-to-day bills, or your month-to-month bills, and making sure you can cover all of those,” she said.

So many Hawaiians can’t afford to cover those bills, and are now spending time in out-of-work food lines, worried about where their next meal will come from.

“Our economy here has basically crashed,” he said. “The tourism industry itself obviously drives many other, you know, support and ancillary industries. And so all of those are currently in meltdown mode in terms of occupancy.”

For an economy completely reliant on tourism, this is a sad new reality.

“People are really, you know, caught between a rock and a hard place,” he added. “On the one hand, everybody is obviously very concerned for the future and concerned for their families. And on the other hand, people are worried about their safety and worried that reopening tourism will bring disease into our islands.” 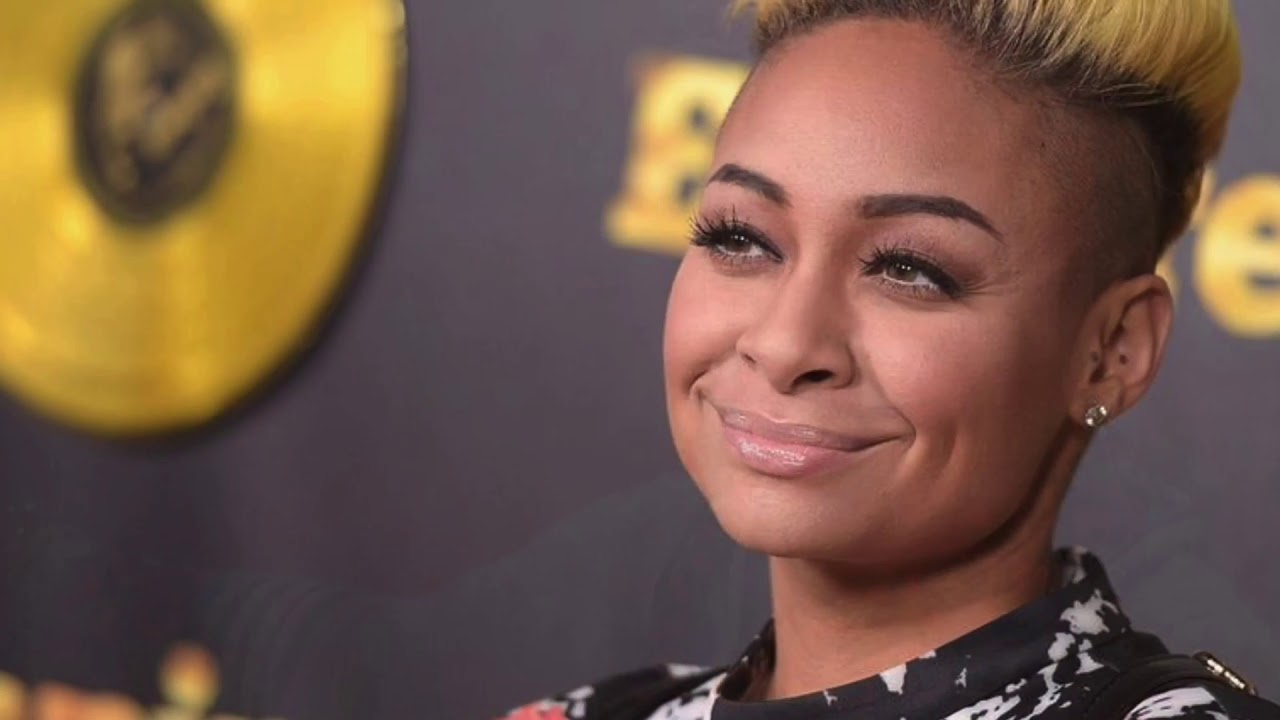 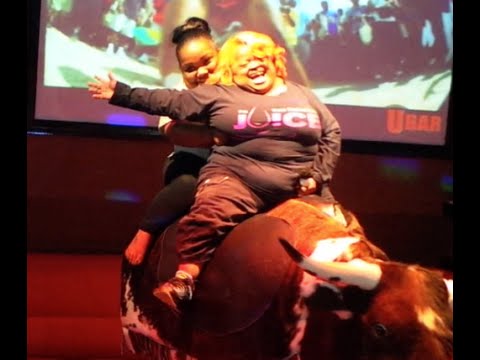