More than a month into the battle against the novel coronavirus, some states have yet to release racial and ethnic demographic data critical to understanding how COVID-19 is impacting communities of color as the Trump administration races to speed up testing in minority communities.

ABC News has confirmed that Nevada, North Dakota and Nebraska have still not released a racial and ethnic breakdown of confirmed COVID-19 cases in their daily reporting. Even more states have not released ethnic data that would be likely to help identify the prevalence of the illness in Latino communities. Many of those that have released such data had significant portions missing, creating an incomplete picture of the virus’ full impact.

As the number of confirmed coronavirus cases in the U.S. tops one million, a review of nationwide data released by the Centers for Disease Control and Prevention shows racial and ethnic information is still missing in over 50% of the total cases reported to the federal government.

In North Dakota, where Native Americans make up the largest minority group of about 5.5% and African-Americans comprise just over 3 percent of the state population according to Census data, officials say the release of demographic COVID-19 data has not been an immediate concern.

Yet, Native Americans have three times the rate of diabetes as non-Hispanic whites, and in some places that rate is even higher, according to the National Indian Health Board. They also face higher rates of asthma and cardiovascular disease — and each of those conditions put people at high risk for severe illness from coronavirus, according to the CDC.

“Our decisions on what to add to the website area comes from feedback we’ve received,” said Nicole Peske, chief communications officer of the North Dakota Department of Health in an emailed statement. “The reason for not including racial data is simply that we’re working our way through the priority list and we’ve gotten less requests for that than other items.”

When it comes to gathering COVID-19 data, the federal government has no standard requirement of what state health departments should include as part of their reporting data. While the missing coronavirus demographic data concerning African-Americans is well documented, the reporting data concerning other minority communities, including Latinos, Asian-Americans and Native Americans has been just as inconsistent.

Some public health experts believe a lack of federal government clarity creates conditions under which states can avoid accountability by selecting what information to include.

“Even if health departments are collecting the data, they may not feel compelled to share because it tells a very harsh story about the realities of people of color,” said Dr. Diana Hernandez, an assistant professor of sociomedical sciences at Columbia University’s Mailman School of Public Health. “I question whether that’s a political decision not to share the data.”

In Maine, where whites comprise 95% of the state’s residents, blacks are 1.6% and Asians are just 1.2% of the statewide population, and 1.7% of the population identify themselves as Hispanic or Latinos, the state has just started releasing race and ethnic data even though they had been collecting the information for weeks.

Maine’s Health and Human Services Department spokesperson Jackie Farell said the state previously didn’t release the data because roughly a quarter of their patients chose not to provide that information, and “much of the data broken out by race would currently have to be suppressed per established research standards to prevent unintentionally revealing personally identifying information.”

Farwell said the state has started releasing some of that information in a format that does not infringe on patient privacy.

That is an argument critics don’t buy given the steps that many states with even large black populations have taken to report comprehensive racial data of newly confirmed COVID-19 cases. A group of Democratic lawmakers, including Sens. Elizabeth Warren, Kamala Harris and Cory Booker along with members of the Congressional Black Caucus, released a bill that mandates the CDC to publish racial information daily.

The states with missing racial data

Of the states that have reported racial data, there are alarming portions of existing statistics that are incomplete.

Georgia, which received nationwide scrutiny for reopening small businesses ahead of a 14-day decline in COVID-19 hospitalizations, only has race data for 40% of cases statewide. African-Americans make up about 32% of the state’s population, according to U.S. Census data, but comprise more than half of the state’s coronavirus cases in which racial information is available.

A CDC study found in the state of Georgia that the proportion of patients hospitalized with coronavirus who were black was higher than expected based on overall hospital admission standards and concluded that “it is important to continue ongoing efforts to understand why black persons are disproportionately hospitalized for COVID-19, including the role of social and economic factors.”

A Georgia Health Department spokesperson when asked about the missing data, told ABC News the information was left incomplete on reporting forms from physicians, healthcare providers and testing facilities.

“We have people going back to attempt to track down the information, but under the circumstances, this is a long process,” said Nancy Nydam, communications director for the Georgia Department of Health.

Similarly, Massachusetts and Pennsylvania, which together have more than 100,000 cases and nearly 5,000 deaths, are missing racial and ethnic information in 50% to 70% of their cases because of incomplete reporting from healthcare providers.

In Arizona, where Hispanics and Latinos make up more than 31 percent of the population and Native Americans, African Americans and Asians respectively make up 5.3%, 5.1% and 3.7% of the population, the state’s health department spokesperson Holly Poynter told ABC News that “Race and ethnicity are not elements that are necessarily available to laboratories and these elements are not required to be reported to ADHS.”

Race and ethnicity are unknown for more than 36% of Arizona’s coronavirus cases.

And because of the lack of uniform reporting guidelines, some states are releasing racial information only for cases and not deaths, and some other states don’t even specify what percentage of their cases are reporting racial or ethnic information, making it difficult to get the full picture of how many cases are missing.

Previous crises that significantly impacted minority communities, including Hurricane Katrina and the HIV/AIDS epidemic, came with a focused analysis of the demographic data, which experts argue should have already been in place for COVID-19.

“I think it’s more that people did not think [including racial data] was important,” said Dr. Joia Crear-Perry, president of the National Birth Equity Collaborative. “At a federal level we know that there’s a life or death difference in knowing which communities and who in those communities are being impacted that is so critical for us to come out on the other side of this healthy.”

To address holes in the racial and ethnic data reporting, Pennsylvania on April 14 issued new guidance to health care professionals, reminding them that they’re required to provide the demographic information on their lab submission form, where the data is collected and passed along to labs and then eventually to the state health department.

“For that reason, we have not had much of the data for race and ethnicity (less than 30%) prior to April 14,” Pennsylvania health department spokesperson Nate Wardle told ABC News. “It is getting better, but it will take a lot of data to really make a dent in the large gap we had.”

Similarly in Massachusetts, where nearly 75% of lab reports had been missing racial and ethnic information in the early weeks, the state Department of Public Health issued an order earlier this month to bolster the demographic data collection effort.

With the boosted effort to collect demographic information, the state has now collected racial and ethnic information on close to 50% of the cases and deaths.

And Massachusetts Public Health Department spokesperson Omar Cabrera said they’re starting to see some patterns when the missing data is removed — clear disparities are seen where Latinos and African Americans are bearing a higher burden of COVID cases and deaths relative to their population.

“The Department of Public Health continues to work every day to put equity at the forefront of our COVID-19 response to address the pandemic and its impact on the Commonwealth,” Cabrera said. “In the coming days, the Commissioner of Public Health Dr. Monica Bharel will be launching a Health Equity Advisory Group to inform the Department’s actions and initiatives to reduce the disproportionate impact of COVID-19 on communities of color and vulnerable populations across the Commonwealth.”

“Together, we are accelerating testing for Americans at retail locations across the country, and especially in our African-American and Hispanic communities,” said Trump. “We are going very, very strong in those communities.”

Several national research and advocacy organizations including the NAACP, and the African-American Mayors Association, formed the We Must Count Coalition asking the federal government to study variations in testing throughout urban areas in the country in addition to creating a standard for gathering racial data.

They sent a letter making the request to CDC Director Dr. Robert Redfield and U.S. Surgeon General Dr. Jerome Adams, but have yet to hear back with a response.

“This inability for us to do the most basic function, which is to aggregate data is an example of our institutions in this nation having lost their capacity to be of service to people who need them the most said Michael McAfee, president and CEO of Policy Link, a national minority research advocacy organization. “This is not hard to do. The question is: Is there the will there to do it?”

Ms. Janie: "Come After Me, I Got Something Good For You" 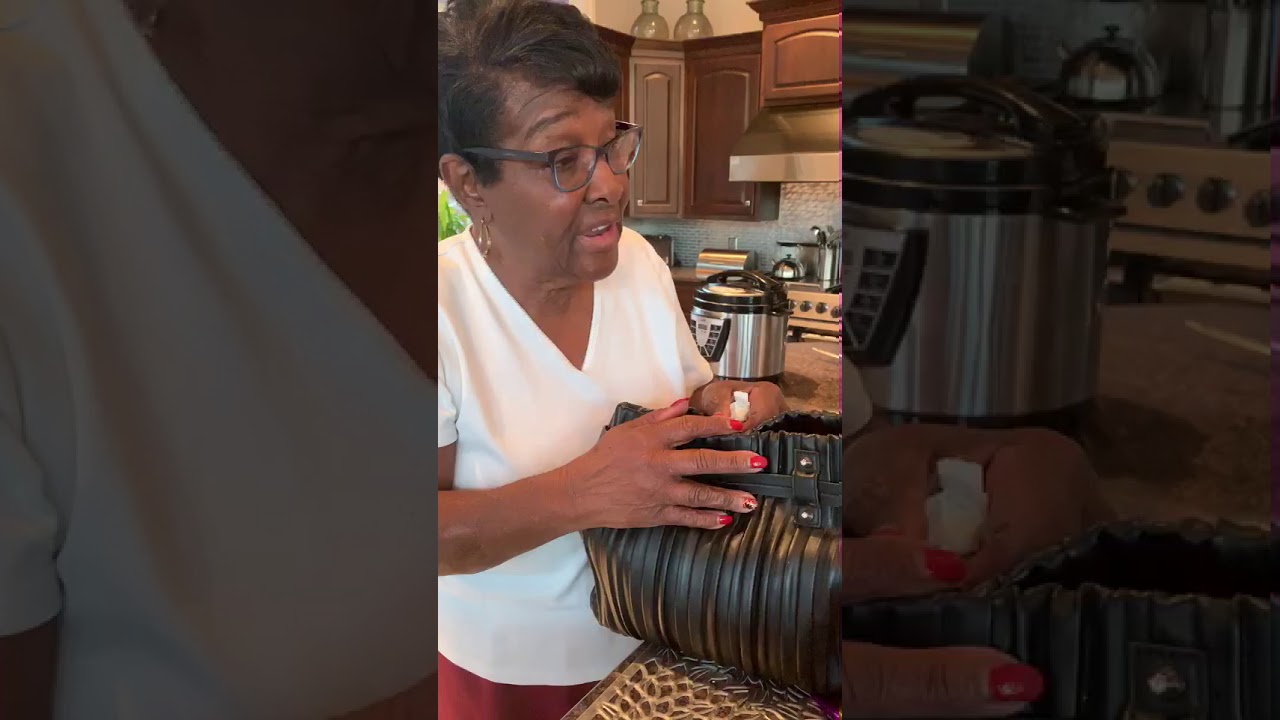 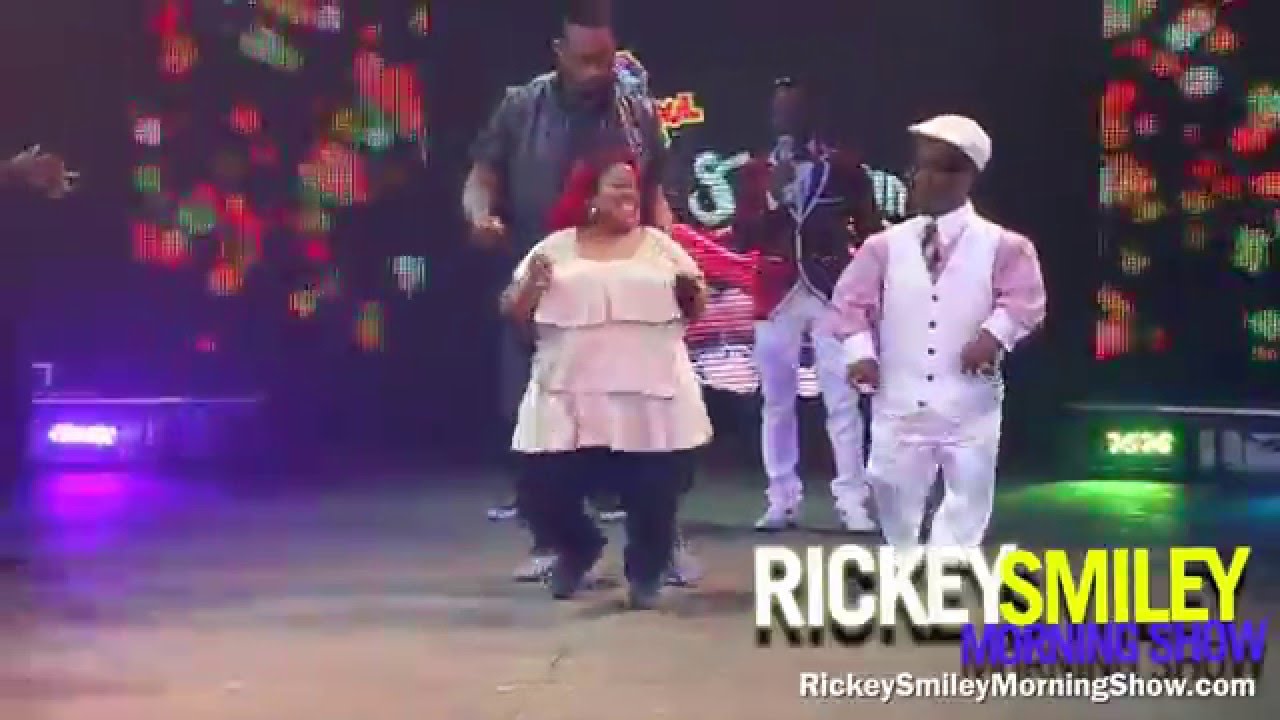