(COLUMBUS, Ohio) — Officials in Ohio have declared racism a public health crisis in the state’s most populated county.

Commissioners in Franklin County passed a resolution Tuesday makes the declaration, as well as vows to support community efforts on racism and ensure that board commissioners will work under “antiracism principles.”

The resolution was in the works well before the novel coronavirus crisis, according to officials.

“Racism has been a pandemic long before the current coronavirus pandemic,” Commissioner Kevin L. Boyce said in a statement. “Our declaration today is important, but it’s not saying anything that hasn’t been apparent for a long time. COVID-19 has highlighted the health divide between black and white Ohioans, however, and I hope that it can be the catalyst we need to reform the whole health system so that it works for all of us equally.”

The declaration describes race as a “social construct with no biological basis.” It also identifies two types of racism: individualized racism and systemic racism.

Individualized racism is described as internal, while system racism is referred to as a system that gives opportunities and assigns a person’s value based on how they look.

The commissioners said both types of racism, not race, have led to “persistent discrimination and disparate outcomes” between white people and people of color. Housing, education, employment and criminal justice were explicitly named as areas of life where discrimination is seen.

Racism has also been linked to worse health outcomes, according to the commissioners.

Black people have been infected with the virus and are dying at a disproportionate rate across the country, according to an ABC News analysis of data from several states.

In Franklin County, white residents make up 67% of the population of 1.3 million, according to the U.S. Census Bureau. Black residents make up 23%, yet it is black people who are hospitalized at twice the rate of other demographic groups and preliminary data in Ohio suggests they are dying at a disproportionately higher rate from the disease, according to the commissioners.

“Nothing is more important than the health and wellbeing of our residents,” Board of Commissioners President John O’Grady said in a statement. “Our community’s success depends on all Franklin County residents being able to share in it, but right now we have a system that is resulting in different outcomes for people based on the color of their skin. That’s not acceptable.”

The declaration by the commissioners, which was part of their 2019 Rise Together Blueprint for addressing poverty in Central Ohio, comes about a week after the Franklin County Board of Health passed a similar resolution.

“Racism may be intentional or unintentional,” Joe Mazzola, the Franklin County health commissioner, said in a statement. “We must address injustices caused by racism and we must support actions at all levels to ensure equal opportunity for all.”

The county’s public health agency noted that racism and segregation in Ohio and Franklin County have “exacerbated a health divide resulting in Black Ohioans having lower life expectancies than White Ohioans.”

Black residents are more likely than other races to die prematurely (before the age of 75), they have a nearly three times higher rate of infant mortality, and they are more likely to be overweight or obese and have adult onset diabetes, according to the Franklin County Board of Health.

“Hundreds of years of systemic racism, from slavery to segregation, redlining to Jim Crow, and discrimination in housing, finance, and education, some of which persists today, have led to predictable inequities,” Commissioner Marilyn Brown said in a statement. “We won’t solve these things overnight, but it’s important to start by recognizing them and beginning to work purposefully for change.”

What I Cooked For My Son’s Birthday Dinner 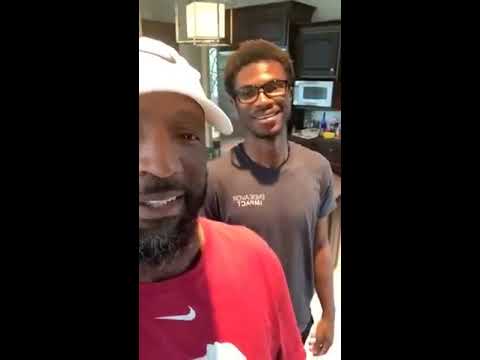