(NEW YORK) — Sick and dying employees, tight quarters, dirty handrails, filthy floors and the reality that many residents experiencing homelessness are seeking shelter on trains — from top to bottom the COVID-19 pandemic has overwhelmed New York’s public transportation system and its staff.

The crisis is a cautionary tale to other cities trying to keep a workforce safe when employees interact with each other and members of the public in close proximity while providing a public service to all, even highly vulnerable populations.

To date, New York City transit workers have experienced uneven exposure to the coronavirus and exceptionally high rates of COVID-19 cases and related deaths in their ranks. There have been complaints about a lack of masks and protective gear among union members. It is a heartbreaking reality and stark reminder that essential workers nationwide not only provide services for their larger communities but also often do so at great personal cost.

In a workforce of around 70,000 men and women, 96 Metropolitan Transportation Authority employees have died from the virus, over 2,000 have tested positive for the virus and more than 4,000 are on home quarantine.

Patrick Patoir, a father of four, worked for the MTA for 33 years and died in March from the virus. His wife told ABC News the family has had a hard time.

“I lost my best friend, and I do not feel like they are doing enough,” Marcia Patoir, Patrick’s wife, told ABC News Thursday. She and her daughter described Patoir as a fisherman, a beer connoisseur and someone who loved cooking and playing with his grandchildren.

They said during his last few days of work at the end of March before he got sick, employees were not provided additional protective gear nor given extra paid sick leave even though the city was already locked down. The MTA later granted additional paid sick leave, but only after Patoir died.

“He was a good father. … He was a funny guy, full of life,” his daughter Nache Patoir, 34, said. “I was so sure he would get better, because he was such a strong guy. I think he felt like we all felt: that he was like Superman and he would not be impacted.”

“Patrick was one of the most beautiful souls I have ever known. He was always the first to help. If you wanted something done, ask Patrick,” Local 100 Administrative Vice President Shirley Martin said in a statement issued by his union.

The numbers from the public transit workforce, provide an anecdotal insight into why New York City, and other hot spots around the country, have seen such racial and ethnic disparities in cases and deaths. According to a 2016 report, 68% of the MTA workforce were racial and ethnic minorities — at least 40% were African American.

“Drivers, operators, conductors — they are very much in the thick of it and in the midst of so many people, they are on the front line and are very exposed,” Paul Skoutelas, president and CEO of the American Public Transportation Association, told ABC News by phone. “I do think the agencies across the board are doing everything they can to protect them.”

One New York City Transit Authority worker, who wished to remain anonymous for fear of retaliation, told ABC News he still feels unsafe, has not been able to social distance from co-workers and believes there is a disconnect between senior New York state and city officials and his teams.

“For way too long it was business as usual. We were told we were essential workers and that was that — just keeping working,” he continued. “It should not have taken whistleblowers. … Changes have only come now after too many people got sick and pictures of the state of train care shocked people.”

“It is the night of the living dead down there,” the worker said by phone Thursday.

This worker argued that when the city and state government put in place large-scale social distancing and shelter-in-place orders, there should have also been drastic and immediate changes in the transit system.

“I am not an epidemiologist, but there is no way the trains have been cleaned like they need to — and it doesn’t take serious investigations; there are bodily fluids. It has been an utter abdication of the social contract the city made to provide safe transportation to working people,” he continued.

MTA leaders say they have given millions of gloves and more than one million masks to employees and put systems in place to rotate employees and help them social distance where they can. Skoutelas pointed to other systems put in place to keep employees safe, such as having passengers enter buses from the back and the addition of additional barriers between drivers and riders.

In an op-ed in the New York Post this week, interim MTA President Sarah Feinberg agreed, however, that employees had faced an onslaught of new threats and challenges they were ill-equipped to handle, especially in aiding homeless residents during the crisis. But she also wrote about new measures put in place, including, “increasing the number of cleaners in train cars and at end-of-line stations, and adding more police underground. We have also brought in private contractors to assist in the work of alerting authorities to homelessness and other deteriorating conditions.”

As the city’s more affluent residents work or shelter from home, many lower-income essential workers continue to rely on public transportation to get to work even under the city’s lockdown, meaning the condition of the shared spaces, and health risks associated with any ride, could have ripple effects too.

“Transit workers are performing a tremendous service to the public, helping essential workers get to the grocery store, or to pharmacies or doctor appointments. They are true servants for all of us looking to fulfill our daily lives. They deserve our respect and support,” Skoutelas said.

Under extreme pressure to protect both workers and riders, New York City and the Metropolitan Transit Authority, which is run by the state, announced further changes Thursday. The city’s subway, proudly one of the few subway systems that operates 24 hours a day, will, for the duration of the pandemic, shut down from 1 a.m. to 5 a.m. to disinfect trains and stations. Gov. Andrew Cuomo said they “will be cleaner than ever before.”

This is believed to be the first time the subways have undergone a scheduled halt to around-the-clock service in more than 50 years.

“The entire public transit system in downstate New York will be disinfected every 24 hours,” Cuomo said.

The announcement came the day after Cuomo said the extent to which people experiencing homelessness were seeking shelter in nearly empty subway cars this month was “disgusting.”

During the pandemic, ridership across the city’s subways has dropped 92% and continues to be at its lowest overnight, with as few as 10,000 commuters recently. Cuomo said the MTA would provide buses and ride-hailing services to essential workers going to their jobs.

When subway stations close for the night, police officers will “deal with all the homeless folks,” Mayor Bill de Blasio said. “Just use every tool we have to convince them to come into a safe haven and stay in and not go back to the street.”

Social services advocates have said people without housing are avoiding city shelters out of fear of getting sick. The Department of Social Services said Thursday that at least 60 of the city’s homeless residents had died of coronavirus.

“Homeless New Yorkers are sleeping on the subway because the City and State — nearly two months into this crisis — are steadfastly refusing to offer them somewhere better to go,” Giselle Routhier, policy director at Coalition for the Homeless, said in a statement Thursday responding to the new protocol.

“What is actually needed are safe, private spaces where maintaining social distancing is possible. The city can and must open up thousands of empty hotel rooms and offer every single person on the subway access to them,” she added.

Transport Workers Union Local 100 President Tony Utano, who runs the union where Patoir was a member, wrote in a statement responding to the news from the city Thursday, “I’m glad the mayor is finally allocating police resources to the issue, but it’s a shame it took so damn long.”

Additional precautions will likely be needed for many state and local public transit systems to expand their capacity again, including seat removal to limit density and wide-scale cleaning programs for all communal spaces.

Feinberg said her team was still working on plans for social distancing efforts when ridership returns to normal and that her office will make decisions based on science and medical opinions.

“Literally almost any place in the country is having to contend with this same challenge and so we are very focused on getting really solid guidance from medical leaders,” she said on a press call earlier this week. 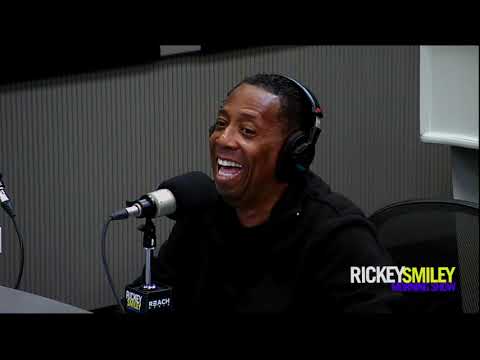 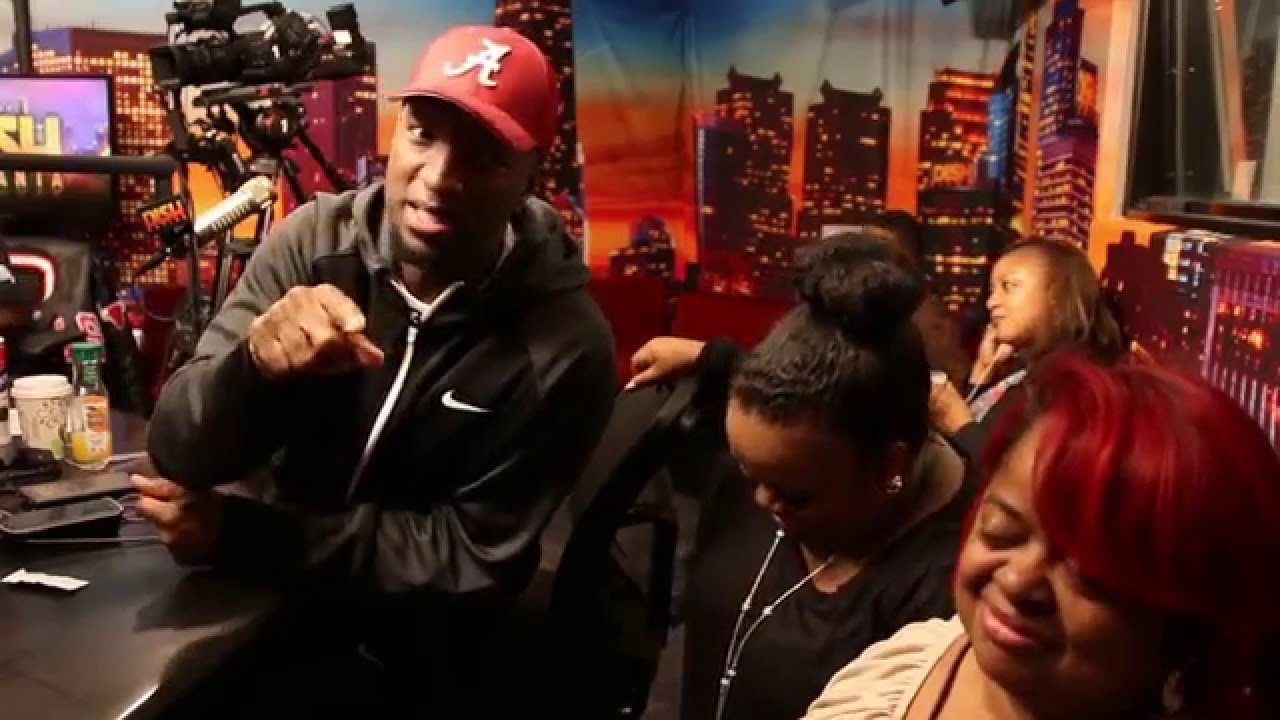