(WASHINGTON) — The Justice Department on Tuesday morning put to death convicted killer Daniel Lewis Lee in the first execution of a federal inmate in the United States in 17 years.

Lee was executed by lethal injection at the federal prison facility in Terre Haute, Indiana, following a 5-4 overnight ruling by the U.S. Supreme Court that lifted a temporary injunction initially put in place by the D.C. Circuit Court of Appeals.

A former white supremacist, Lee and his accomplice, Chevie Kehoe, were convicted of killing and torturing William Frederick Mueller, Nancy Ann Mueller and their eight-year-old stepdaughter, Sarah Elizabeth Powell, in Tilly, Arkansas, in 1996. While Kehoe was the primary suspect, he was not sentenced to death, and instead is serving life in prison without parole.

According to an AP reporter who attended Lee’s execution, he was placed on a gurney and when asked if he had any final words, answered, “I didn’t do it. I’ve made a lot of mistakes in my life but I’m not a murderer.”

Lee’s last words, according to the reporter, were “You’re killing an innocent man.”

The order brought an end to a contentious last-minute legal battle that lasted well through the night on Monday, after the family of two of Lee’s victims sued the Justice Department over their concerns they might contract COVID-19 at the federal prison facility in Terre Haute while witnessing the execution.

“Because the Government has scheduled the execution in the midst of a raging pandemic, these three women would have to put their lives at risk to travel cross-country at this time .. . . My clients hope the Supreme Court and the federal government will respect their right to be present at the execution and delay it until travel is safe enough to make that possible,” Baker Kurrus, attorney for Earlene Branch Peterson, Kimma Gurel and Monica Veillette said.

It was then revealed that a Bureau of Prisons staff member at the penitentiary where Lee was to be executed had tested positive for COVID-19.

Court documents said the staff member attended some meetings on the execution, but the BOP said that he did not go into the execution chamber or come into contact with the execution team.

The Bureau of Prisons told ABC News that prior to the executions they would not be providing the public with any details, but that they will try to practice social distancing. “Due to the COVID-19 pandemic, temperature checks will be required (100.4 or higher will not be permitted), face masks will be issued upon arrival to the complex and participants will be required to wear it throughout the entire process. Any violation of this order will be subject to immediate removal from the premises. Additionally, to the extent practical, social distancing of 6 feet should be exercised. Prior to the execution, we will not be providing details regarding internal procedures,” a spokesperson told ABC News.

Louis Jones was the last federal inmate to be put to death, in 2003, for kidnapping and murdering a young female solider in 1995. More notably, Timothy McVeigh, the Oklahoma City bomber, was put to death in 2001, and his execution was watched and attended by over 200 people.

Last month, the Supreme Court denied a challenge from the four death row inmates: Lee, Wesley Ira Purkey, Dustin Lee Honken and Keith Dwayne Nelson. All four committed violent crimes against children, the Justice Department said, and have their executions scheduled through the rest of the week at Terre Haute.

According to court documents, the Justice Department directed Lee to be sentenced to death after prosecutors at the state level initially wanted to seek the same charges for Lee as his accomplice Kehoe.

Earlene Peterson, the mother of wife-and-mother Nancy Ann Mueller, has advocated that Lee not be executed.

“As a supporter of President Trump, I pray that he will hear my message: The scheduled execution of Danny Lee for the murder of my daughter and granddaughter is not what I want and would bring my family more pain. We don’t want Danny Lee to be executed. We feel Mr. Lee’s execution would dishonor the memory of my daughter Nancy Anne and my granddaughter Sarah Elizabeth, who was killed when she was only eight years old,” Peterson said in a statement released in June.

“The man who actually killed my daughter – when Danny Lee refused to do so – has been sentenced to life, not death, and that’s what we think Mr. Lee deserves, too. The Attorney General has said the government owes it to the victims and their families to carry out federal executions like Mr. Lee’s. Please take our family’s feelings into consideration and grant clemency to Mr. Lee.”

Attorney General William Barr has said that the crimes committed by the four men set for federal execution this summer are “heinous” and that the “American people, acting through Congress and Presidents of both political parties, have long instructed that defendants convicted of the most heinous crimes should be subject to a sentence of death.”

According to the Death Penalty Information Center, a nonpartisan, nonprofit organization that keeps statistics on death penalty deaths, there have been more than 1,500 executions at a state level since 1976. But only 37 federal inmates have been sentenced to death since 1927, according to the DPIC.

The death penalty is rarely used in federal cases. The state of Texas has put the most people to death in the country.

“The federal government hasn’t executed anybody in 17 years. Why on earth would you, if you were interested in responsibly administering the law, schedule the first three executions in a five-day period?” Robert Dunham, executive director of the Death Penalty Information Center, told ABC News.

Dunham was critical of Barr’s handling of the death penalty but says the DPIC does not take a side on the controversial issue.

“We are critical of the way in which it’s administered,” Dunham said. “The manner in which they’ve gone about attempting to restart. Several executions raises giant red flags about potential abuse of process.” In contrast, he said that prior administrations were mindful of the court procedures.

Dunham told ABC News that there is a rush to carry out these executions when in some cases, there are still ongoing appeals.

Faith leaders have pushed to have the attorney general stop the executions.

“As an Evangelical, I am heartbroken to see our country return to killing its citizens. We have seen so much death in recent months and people are hurting. Restarting executions during a pandemic should be the farthest thing from our minds,” said Carlos Malavé, executive director of Christian Churches Together.

Malave is one of over 1,000 faith leaders appealing to Barr.

The American Civil Liberties Union joined with a law firm to sue Barr and other federal officials in order to delay a federal execution that’s scheduled to be carried out later this month, claiming it is unsafe because of the coronavirus.

The execution is the second of four that the government has scheduled for this summer and which the ACLU argues could become “super-spreader events,” according to the ACLU.

The plaintiffs are hoping to postpone the federal execution of Wesley Purkey — scheduled for July 15 — arguing that Purkey’s witness and spiritual minister, Rev. Seigen Hartkemeyer, a 68-year-old Buddhist priest with lung-related illnesses, would be exposed to the virus if he attended the execution at an Indiana prison. The lawsuit argues that forcing Rev. Hartkemeyer to risk his health in order to perform his religious duties violates the Religious Freedom Restoration Act.

Purkey was sentenced to death in 2003 after he was convicted of killing a young girl, raping her and dismembering her body. Purkey also was convicted on the state level for using a claw hammer to bludgeon to death an 80-year-old woman who suffered from polio and walked with a cane, according to the Justice Department.

Dunham said that these executions are taking place in a “unique” time in history, due to the pandemic.

“What you will have are witnesses being brought in to a closed facility from all over the country. They will bring with them, whatever exposure to the coronavirus they already have. They will subject people and hotels and restaurants to whatever exposure to the virus they already have. They will be put in waiting facilities before the execution takes place, and then be brought into waiting rooms to watch as the execution takes place,” Dunham said.

“Mr. Purkey’s multiple and progressive mental and neurological conditions raise serious doubt about whether he comprehends the purpose of his execution. We therefore strongly urge the federal government to not proceed with his execution and instead commute Wesley Purkey’s sentence to life without parole,” Paul Gionfriddo, president and CEO of Mental Health America, wrote in a letter obtained by ABC News.

Richard Stack, who wrote “In the Executioner’s Shadow,” which examines the cases of innocent people who were put to death, said that these executions are a way of the administration amplifying the tough-on-crime policy.

“We haven’t had a federal execution in 17 years. I think this is a way of amplifying get tough on crime in a way that I don’t think is a particularly effective,” Stack, also a professor of communications at American University, said.

Corrections officers who are overseeing the executions say they will be carried out with the utmost professionalism.

“The often-unseen silent professionals of the Federal Bureau of Prisons are entrusted with the responsibility of carrying out the sentences determined by our Justice system. It is an ethical and moral responsibility that these professional law enforcement officers assume voluntarily. They do not assume these responsibilities lightly,” Shane Fausey, national president of the Council of Prison Locals, told ABC News in a statement. “With the case of the federal execution protocols, they fulfill this ultimate responsibility with a delicate balance of dignity for the condemned, condolences and comfort for the families, and an offer of closure and justice for the victims of violent crimes.”

Black Tony Ends Up At The Strip Club 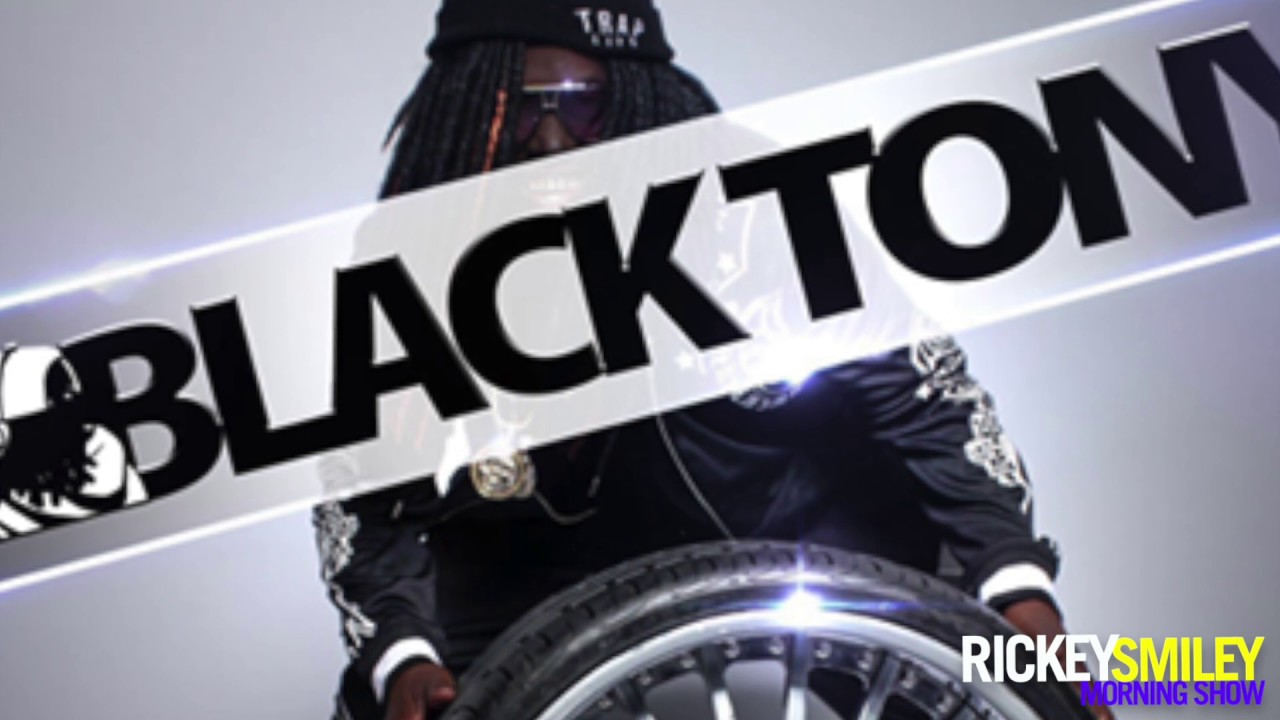