(NEW YORK) — While shoppers may be confronting shortages at deli counters this week, those who raise the nation’s livestock, especially hog farmers, are confronting something far more painful: having to euthanize thousands of their animals.

Pigs are raised on a strict “just-in-time inventory” schedule that allows for only a brief window when they are the right weight for processing. Beyond that size, they are too heavy for plant equipment and too big for the space where they grow. So farmers must then ship them off and make room for raising a new herd. The shutdown or slowdown of several big processing plants means that millions of hogs are backing up on farms without enough food or space to care for them.

At a certain point, farmers have little or no choice but to euthanize these animals. That point has already arrived for many and more will face that choice within days.

Mike Patterson raises hogs near Kenyon, Minnesota. His co-op has already had to euthanize about 2,000 animals and he may have to destroy thousands more in just over a week if he’s unable to deliver his pigs to a processor.

“It’s really stressful,” he said, in a halting voice. “The thought of euthanizing animals and those animals going to waste goes against every grain of our being.”

The financial toll matches the emotional toll. If Patterson has to dispose of his market-ready hogs, he stands to lose $450,000. There is no recompense for the euthanized animals.

Thom Peterson, Minnesota’s commissioner of agriculture, estimates that as many as 10,000 hogs a day are being put down in his state. Farmers there rely heavily on two plants that were shut down for weeks due to the coronavirus: the Smithfield Farms plant in Sioux Falls, South Dakota, and the JBS plant in Worthington, Minnesota.

“So we have a lot of hogs that are ready to go to market and just nowhere to go,” Peterson said.

The Worthington plant operated for a week with a small staff, euthanizing 3,000 hogs a day. The “kill side” of the plant reopened on Wednesday.

With the nation’s meat processing capacity down by as much as 40% to 45%, the National Pork Producers Council estimates that 700,000 hogs a week are piling up “with nowhere to go.” By the end of September, “it could be 10 to 15 million animals that have to be euthanized,” said Mark Greenwood, an analyst with Compeer Financial, an agricultural-lending company.

Patterson said he’s frequently asked why he and other producers can’t simply donate their oversupply of hogs to the needy. He said he is working with two local food banks to get some of his animals harvested for them, but “there’s nowhere to turn those animals into meat, and I can’t just drop off live hogs” at the food bank.

While cattle producers are also affected by the COVID-related stall at meat processing plants, they do not face the urgency that worries those who raise hogs.

“We can slow the rate of gain on cattle, shift them to grass and hold them longer. There’s a lot more flexibility in a processing line for cattle than there is for hog production,” John Robinson of the National Cattlemen’s Beef Association explained.

Cattle producers do stand to lose $13.6 billion because they cannot process their animals as before. But euthanasia, he says, “is not an option we’re going to need to pursue in beef production.”

Poultry farmers are familiar with the problems facing hog producers as they have had to euthanize millions of birds. Patterson is completely sympathetic.

“I think it’s an absolute shame for any of this food to go to waste — whether it be dumping milk or killing chickens.” But he noted that with poultry, “the production system is so much faster because you can go from a chick to a full-grown broiler in about six weeks.” With hogs, breeding to processing is a 10- to 11-month process.

The Smithfield and Worthington plants that serve many Midwestern hog farmers have just resumed production, which will relieve the hog backlog somewhat. But they are not running at full capacity and farmers say they won’t be in time to catch up to the enormous oversupply of animals.

A.V. Roth breeds pigs in Wauzeka, Wisconsin, and is president of the National Pork Producers Council. He knows producers in his state struggling with the “devastating decision” to euthanize their animals. The decision, he said, will be coming “extremely soon.” For smaller producers, that decision could mean “they’re gonna lose their farms, because they had to euthanize their animals, all because of the COVID-19 slowdown.”

Karrueche Tran Talks About Her Relationship With Victor Cruz 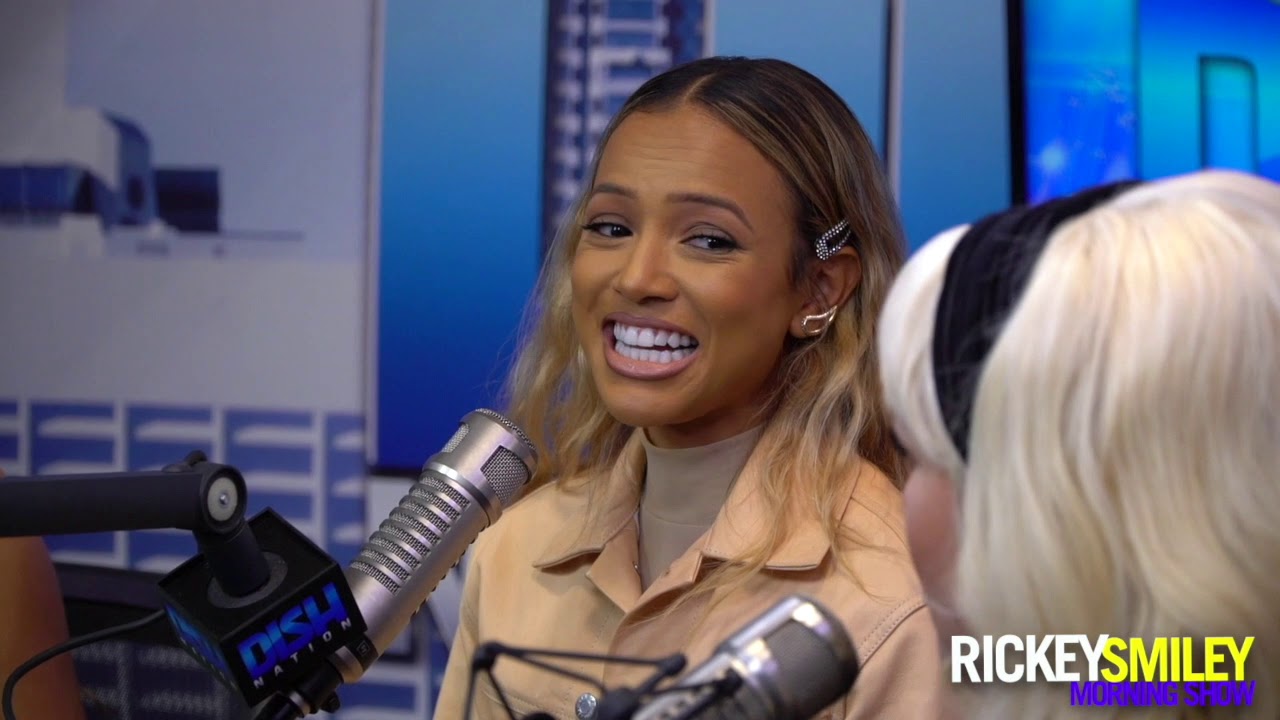