(NEW YORK) —  The death of George Floyd, a black man who died on Memorial Day after he was pinned down by a white Minnesota police officer, has sparked outrage and protests in Minneapolis and across the United States.

Manslaughter and third-degree murder charges have been filed against Derek Chauvin, the officer who prosecutors say held his knee on Floyd’s neck for nearly nine minutes.

This story is being updated throughout the day Wednesday. Please check back for updates. All times Eastern:

1:13 p.m.: Floyd family attorney expects all officers to be arrested

Benjamin Crump, the attorney representing George Floyd’s family, said he is confident that the Minnesota attorney general is “working feverishly to do the right thing.”

“We expect all the police officers to be arrested before we have the memorial here in Minneapolis tomorrow,” Crump said at a press conference at the scene of Floyd’s death.

He said the other officers are “just as guilty for the death of George Floyd as Officer [Derek] Chauvin.” Chauvin has been charged with third-degree murder and manslaughter. The other three officers involved in the incident have not been arrested or charged.

Crump urged the public to “take a breath.”

There are 74,000 National Guard men and women activated for domestic operations across the country, according to a statement from the National Guard.

Your Lincoln Memorial this evening. pic.twitter.com/QByGgWeDDm

“Governors in 31 states and the District of Columbia have activated 30,000 National Guard members to assist state and local law enforcement in support of civil unrest operations,” according to a statement from the National Guard. “The situation remains fluid and the numbers may change rapidly as governors assess their needs.”

New York City will remain under a curfew from 8 p.m. to 5 a.m. through June 7, Mayor Bill de Blasio announced. The mayor said he hopes to lift the curfew in time for the city’s phase one of reopening.

Restrictions on transportation will remain in place throughout the week.

De Blasio said that the protests throughout the city last night were calmer than before.

The mayor said that the public needed to turn their attention back to the novel coronavirus pandemic.

“As important as the issues are being addressed [in the protests], the single most important thing is the battle against the coronavirus,” de Blasio said.

He encouraged people to stay home to the maximum extent possible, practice social distancing consistently and wear face coverings at all times.

Chief constables from forces across the United Kingdom, the chair of the National Police Chiefs’ Council, the chief executive of the College of Policing and the president of the Police Superintendents’ Association have issued a joint statement saying they stand with those “appalled and horrified” at George Floyd’s death.

“We are also appalled to see the violence and damage that has happened in so many US cities since then,” according to the statement.

“In the UK we have a long established tradition of policing by consent, working in communities to prevent crime and solve problems. Officers are trained to use force proportionately, lawfully and only when absolutely necessary. We strive to continuously learn and improve. We will tackle bias, racism or discrimination wherever we find it,” the statement said.

The law enforcement officials acknowledged that there is more to do to make relationships between police and the public better.

“Every day, up and down the country, officers and staff are working to strengthen those relationships and address concerns. Only by working closely with our communities do we build trust and help keep people safe,” the statement read.

Around when that statement was released, police officials also publicized statistics that showed black people in London were more likely than their white counterparts to be fined or arrested for breaching coronavirus lockdown rules.

Sullivan said one state trooper was injured by a projectile during the protests.

Peaceful protests dominated the day, but around 8:30 p.m. a person from the crowd set off fireworks and others threw water bottles and rocks at police, according to ABC Boston affiliate WCVB-TV. Police responded with tear gas canisters to disperse the group.

Some arrests were made, according to Sullivan. He said there was damage reported elsewhere in the town, including a Dunkin’ Donuts that was set on fire and vandalized.

Even as tensions rose in the evening, there was still peace. At one point, four people kneeled with hands up in front of a line of officers.

One man who kneeled told WCVB he “had to stand up for what he believes in,” but didn’t want violence.

“We come in peace,” the man who only identified himself as a Brockton resident told the station. “We don’t want war. We go home; they go home, and everyone is all peaceful. That is all we want.”

The New York Police Department made about 280 arrests during Tuesday night/Wednesday morning protests, a lower tally than previous nights, as the city came under an 8 p.m. curfew and stopped for-hire vehicles, CitiBikes and rental scooters that vandals had used to cause trouble.

There were fewer officers injured as well with only two suffering minor injuries.

There was less vandalism than there has been during previous nights as police sealed off parts of Manhattan even before the curfew took effect.

A standoff on the Manhattan Bridge ended without incident when 5,000 demonstrators returned to Brooklyn after they had been prevented from entering Manhattan.

More than 9,000 people have been arrested in protests across the country since George Floyd’s death, according to reports.

The events leading up to Floyd’s death were filmed, went viral and has been the catalyst for protests nationwide.

Police were called at around 8 p.m. on May 25 by an employee of the Cup Foods convenience store alleging that a customer used a counterfeit bill to pay for cigarettes and that the person appeared drunk, according to the 911 log released by the Minneapolis Police Department.

The employee went to the car outside the store where the customer was sitting and asked him to return the cigarettes, but was denied, according to the 911 call transcript.

Around eight minutes later, Minneapolis police officers Thomas Lane and J.A. Kueng arrived at the shop and approached Floyd and two others in the car, according to the criminal complaint. A few minutes after that, officers Derek Chauvin and Tou Thoa arrived to help arrest Floyd, which led to Chauvin placing his knee on Floyd’s neck for nearly nine minutes, the criminal complaint said.

All four officers were fired, but as of Tuesday afternoon, Chauvin is the only one to have been arrested. He was charged with third-degree murder and second-degree manslaughter. Minnesota’s Department of Human Rights filed civil rights charges against the Minneapolis Police Department Tuesday.

1:50 a.m.: 200 arrested in Houston; Police stress that majority of protesters were peaceful

The Houston Police Department announced that they made more than 200 arrests in downtown Houston yesterday and last night involving people engaged in criminal conduct, including throwing rocks and bottles at officers, and people who refused to clear the streets when they were ordered to do so.

“This is an extremely low number of arrests considering the thousands of people in our community who marched and demonstrated peacefully today,” the HPD said in a tweet. “We’re not aware of any significant property damage or injuries. We will have updated arrest numbers/info later this morning.”

After seeing cellphone footage of two officers using excessive force while detaining a suspect at a Langley Park gas station in Maryland, Chief Hank Stawinski of the Prince George’s County Police Department and the department’s executive command staff made the decision to immediately suspend the two involved officers and their supervisor while the incident is investigated.

In the video, while attempting to handcuff the suspect, one of the officers can be seen kicking the suspect twice.

“I am sorry and I am angry. I am sharing the video in the interest of transparency. During my tenure as Chief of Police, four officers have been criminally prosecuted for assault. This will be thoroughly investigated and in keeping with past practice, the findings will be referred to the Office of the State’s Attorney,” said Chief Hank Stawinski.

The preliminary investigation revealed the officer who used force observed an assault and attempted to detain the involved suspects. After a foot chase that ended at the gas station, he was able to handcuff one suspect. He is then seen on the video taking the second suspect to the ground.

12:31 a.m.: DC National Guard has directed an investigation into use of medical helicopter to target, disperse DC protesters

The Washington, D.C. National Guard has announced that they are directing an investigation into the actions of their rotary aviation assets on June 1 after it was reported that their medical helicopters were used to target protesters.

According to The Washington Post, numerous videos were posted on social media showing a Lakota medevac helicopter with Red Cross markings hovering very low over demonstrators, possibly in an effort to disperse the crowds.

The use of a medical helicopter in a law enforcement capacity may violate military law and regulations.

“Our priority is the safety of our Guardsmen who support civil authorities,” the DCNG said in a tweet. “We are dedicated to ensuring the safety of citizens and their right to protest.”

12:04 a.m.: Amid protests over racial injustice, Ferguson, the site of the shooting of Michael Brown, elects first African American mayor

The city of Ferguson, the site of 2014 unrest and protests over racial justice after Michael Brown, an 18-year old black man, was killed by a white police officer, elected its first African American mayor Tuesday, Ella Jones.

Jones, a councilwoman in the predominantly black city, is also the first woman to hold the position, according to the St. Louis Dispatch. She will succeed James Knowles III, a term-limited white, Republican mayor who defeated Jones in 2017.

This year, Jones defeated another councilwoman, Heather Robinett, by six points, according to unofficial results from county election officials.

President Donald Trump lashed out at fellow Republicans who have criticized his decision to clear protesters out of Lafayette Park Monday evening prior to a photo op in front of St. John’s Episcopal Church.

He called out Sens. Susan Collins of Maine, James Lankford of Oklahoma and Ben Sasse of Nebraska, who were all critical of the violent removal of peaceful protesters with flashbangs and smoke canisters.

“You got it wrong! If the protesters were so peaceful, why did they light the Church on fire the night before?” he tweeted, though it was a different group of protesters and Monday’s group had not been violent. “People liked my walk to this historic place of worship! Sen. Susan Collins, Sen. James Lankford, Sen. Ben Sasse.”

How I Met Black Tony 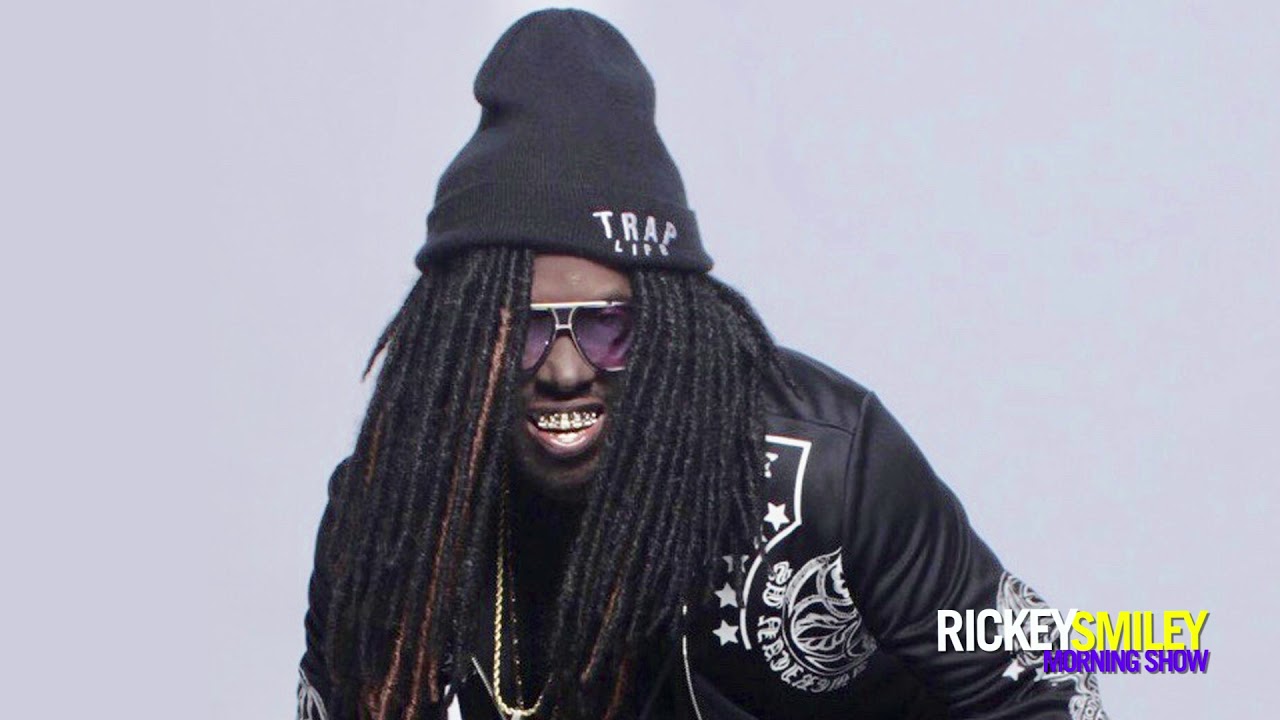 "It Is Finished But I AM Not!" 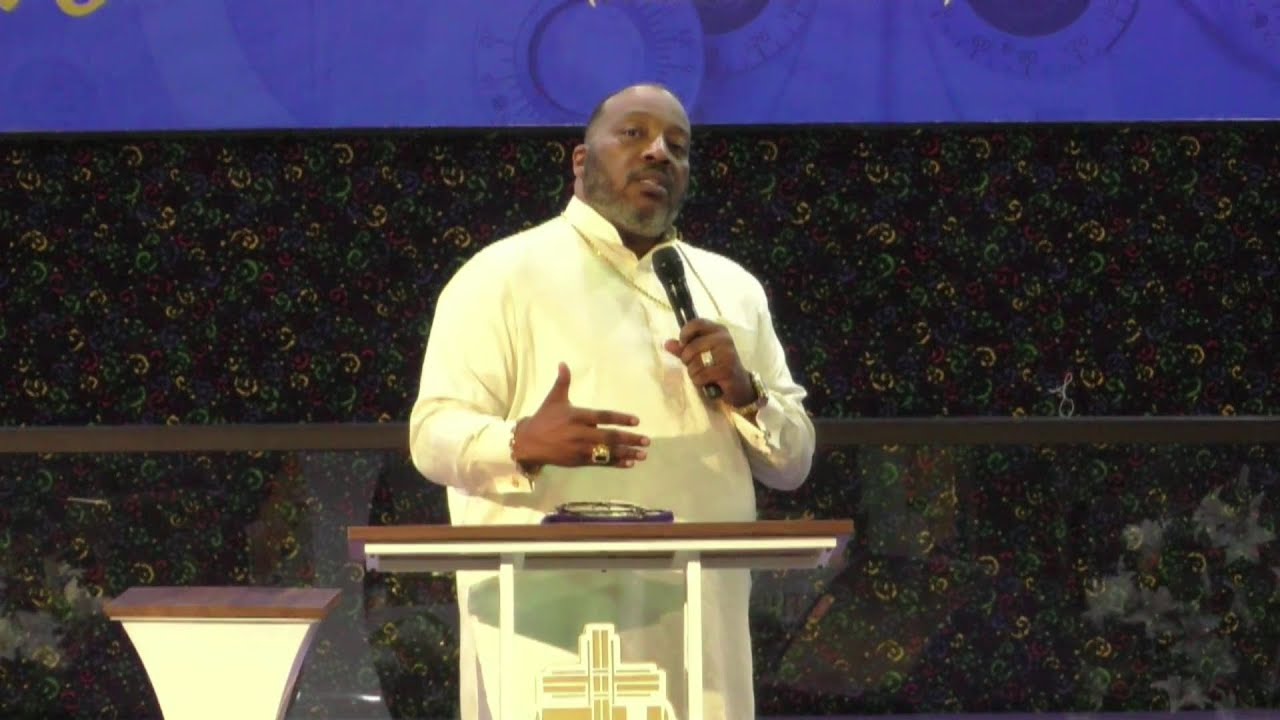