This story is being updated throughout the day Friday. Please check back for updates. All times Eastern:

Active duty troops stationed just outside of Washington D.C., have been ordered to return to their home bases at Fort Bragg and Fort Drum.

The 1600 troops were never positions in D.C. Instead, they remained on standby at Joint Base Andrews.

Former vice president and Democratic presidential candidate Joe Biden said the remarks Trump made earlier about Floyd looking down and seeing a “great day” for the country were “despicable.”

“Before I speak to the economic situation, I have to take a moment to address something that the president said this morning. Toward the end of his remarks, President Trump said that he hopes that, quote, ‘George Floyd is looking down and seeing this is a great day for our country,'” Biden said at a news briefing in Dover, Delaware.

“We’re speaking of a man who was brutally killed by an act of needless violence and by a larger tide of injustice that has metastasized on this president’s watch as he’s moved to split us based on race and religion, ethnicity,” Biden added. “George Floyd’s last words, I can’t breathe, I can’t breathe, have echoed all across this nation and quite frankly around the world.”

He continued: “For the president to try to put any other words in the mouth of George Floyd I frankly think is despicable.”

12:45 p.m.: FBI claims law enforcement and public being threatened with explosives at or near protests

The Federal Bureau of Investigation’s National Explosive Task Force issued a bulletin to police agencies across the country warning that law enforcement is being threatened with explosives at or near protests.

They say the most common type of devices being used are Molotov cocktails and fireworks.

“The danger posed to law enforcement officers and the general public from both (improvised incendiary devices) and fireworks is substantial,” the bulletin notes. “Both tactics can cause serious injury and death, and significant damage to infrastructure and automobiles.”

A week ago today, NYPD vehicles in New York City were targeted with Molotov cocktails during protests in Brooklyn. No cops were injured, but three people were charged with federal riot offenses.

12:00 p.m.: US Attorney for the Western District of New York reacts to Buffalo police shoving older protester to the ground

In a statement reacting to the viral video of an older American protester who was shoved to the ground by police in Buffalo, New York, the U.S. Attorney for the Western District of New York James Kennedy said the officers involved have been suspended pending further investigation.

“Last night, after seeing the video of the incident occurring in front of City Hall, I was concerned and immediately contacted both BPD Commissioner Lockwood and FBI Acting SAC Guyton. The officers involved have been suspended pending further investigation,” Kennedy said. “On behalf of the entire law enforcement community, I offer our sincere best wishes to the injured gentleman, as we hope and pray for his speedy and complete recovery.”

Earlier Friday, the Erie County District Attorney’s office confirmed they were investigating the incident, and said the man seen in the video bleeding from his ear was being treated for a head injury at the Erie County Medical Center.

In a last-minute news conference to discuss this morning’s job report, President Trump said he hoped Floyd was “looking down” from heaven “and saying, ‘This is a great thing happening for our country.'”

The president’s comments about Floyd came after he said governors should use the National Guard to “dominate the streets,” adding from scripted remarks that “every American receives equal treatment in every encounter with law enforcement regardless of race, color, gender, or creed.”

“We simply have not gone far enough. The status quo is still broken, it must change,” he added.

The mayor said this “will be the work for the next year and a half of this administration — to make more change, to make it urgently, to make it powerfully and to make it clear.”

He said that work will “proceed immediately,” and “you will see those results and you will judge for yourself, as all New Yorkers do.”

“Even though we say that phrase words matter and words do matter, actions matter more and that’s what we have to achieve,” he said. He also promised increased transparency.

Finally, the mayor said that essential workers who are doing their jobs amid the ongoing COVID-19 crisis will be exempt from the citywide curfew.

The vice president will attend a “listening session with faith and community leaders” in Beltsville, Maryland, today at 12 p.m. ET.

The announcement comes as calls for President Trump to listen to the messages of the protesters across the nation mount and as the president has remained largely defensive and out of sight as the country reels from the death of Floyd.

Pence on Thursday met with a group of black conservative leaders, a White House official said. He shared a photo of the meeting on his Twitter account, saying he was grateful to “hear their insights about how we can move our Nation forward in the wake of the tragic death of George Floyd and the protests and rioting that have ensued.”

Bowser said she has ended the state of emergency in the nation’s capital due to the demonstrations.

“The protestors have been peaceful, and last night, the Metropolitan Police Department did not make a single arrest,” Bowser wrote. “Therefore, I am requesting that you withdraw all extraordinary federal law enforcement and military presence from Washington, DC.”

Bowser said that the lack of an identifying insignia among the law enforcement officers in D.C. adds confusion for protesters, and “creates unnecessary risks for both protesters and officers.”

I request that @realDonaldTrump withdraw all extraordinary federal law enforcement and military presence from our city. pic.twitter.com/AvaJfQ0mxP

In a break from the previous night’s practice in which police issued an hour of warnings, officers Thursday night immediately began making arrests in the Bronx at 8 p.m.

There was a second group of arrests on the Upper West Side and more in Williamsburg, Brooklyn.

For a second straight night, officials said there was little if any looting/vandalism and only minor injuries to just a few officers. However, Mayor Bill de Blasio was upset a delivery man was detained in the Upper West Side roundup.

“Just got off the phone with @NYPDShea after seeing the troubling video of a delivery worker arrested by police while doing his job. This is NOT acceptable and must stop,” de Blasio tweeted. “Food delivery is essential work and is EXEMPTED from the curfew. Same goes for journalists covering protests and out doing their jobs. They are essential workers, too. We WILL protect their rights. The public depends on the information they provide.”

Nearly two-thirds of the country disapproves of President Donald Trump’s response of George Floyd’s death, according to a new ABC News/Ipsos poll.

Only 32% of Americans approve of Trump’s reaction in the aftermath of Floyd’s death, which has sparked thousands and thousands of protesters in dozens of cities demanding racial justice.

Troubling for Trump is that only 69% of Republicans approve of his response to Floyd’s death. Democrats were nearly unanimous in their response, with 96% of poll respondents disapproving of Trump’s handling of the protests.

Majorities across racial groups, too, disapprove of the president’s response to Floyd’s death, with the sharpest rebuke of the president coming from blacks, with 90% disapproval, compared to 59% of whites and 74% of Hispanics.

More than 250 Minnesota and North Dakota National Guard members are being sent to their states’ borders ahead of planned protests Friday in Fargo, North Dakota.

North Dakota Gov. Doug Burgum made the call on Wednesday to activate the troops after authorities received credible threats.

The mayor’s office in Fargo said the North Dakota Guard would be on hand to help keep the peace during demonstrations planned for Friday.

“Based on received threats, Fargo City Hall, the downtown Fargo Public Library and Fargo Municipal Court will be fully closed on Friday with all employees working remotely,” the city of Fargo said in a statement. “The North Dakota National Guard has been activated to protect public infrastructure.”

The city said multiple organizations will take part in the “OneFargo” event Friday at a local park that is intended to be a family and community event. The city, however, said no protesters would be allowed to block public rights of way in any part of the city.

“The City will not tolerate violent acts targeting any individuals or property. The department will continually monitor any threats. We believe threats may exist but we don’t have information suggesting there are specific targets regarding downtown businesses,” the city said in a statement Thursday. “Business and property owners may make their own decisions as to what precautions they believe are best for them.” 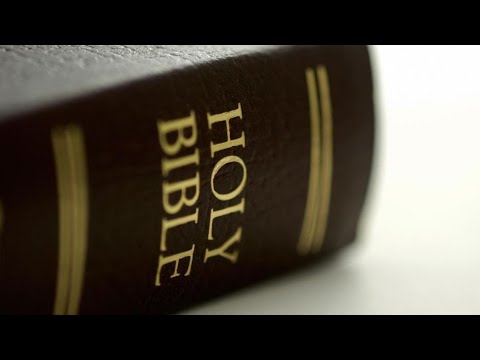 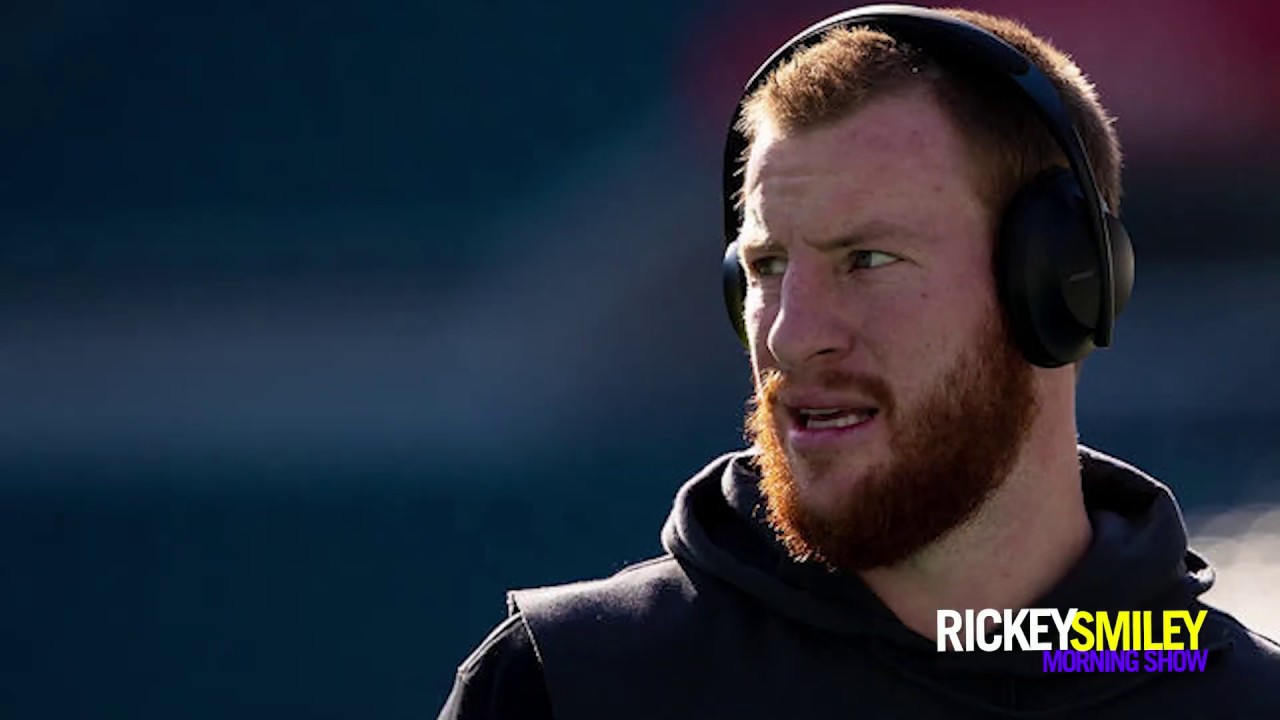