(LOS ANGELES) — A federal appeals court has backed California Gov. Gavin Newsom’s stay-at-home order banning in-church services to blunt the spread of coronavirus, rejecting an argument from clerics that the governor is treading on their First Amendment right to free exercise of their religious beliefs.

“The governors need to do the right thing and allow these very important essential places of faith to open right now, for this weekend. If they don’t do it, I will override the governors,” Trump said as his administration released detailed guidance on how religious institutions can safely reopen amid the virus that has killed nearly 100,000 people and infected more than 1.6 million in the United States. “In America we need more prayer, not less.”

It is unclear what legal authority the president has to overrule a governor and the White House could not cite a specific provision that would give Trump that power.

In its ruling in the California case, the federal appellate judges who sided with Newsom found the state’s action of shuttering houses of worship due to a health emergency does not “infringe upon or restrict practices because of their religious motivation” and does not “in a selective manner impose burdens only on conduct motivated by religious belief.”

”We’re dealing here with a highly contagious and often fatal disease for which there presently is no known cure,” Judges Jacqueline Nguyen and Barry Silverman wrote in their ruling denying the restraining order.

In reaching its decision, the judges noted that late U.S. Supreme Court Justice Robert Jackson once wrote that if a court “does not temper its doctrinaire logic with a little practical wisdom, it will convert the constitutional Bill of Rights into a suicide pact.”

Newsom issued his stay-at-home orders on March 19, closing all nonessential businesses and barring large gatherings that health officials say could fuel the spread of the contagion.

On Wednesday, the second phase of Newsom’s plan to restart the economy kicked in allowing the reopening of many of California’s retail businesses, office buildings, restaurants and shopping centers.

Members of houses of worship are not allowed to congregate until the plan’s third phase begins, which will also allow the reopening of hair salons, nail salons, barbershops, gyms, movie theaters and sporting events without live audiences.

On Friday, he announced that state officials are working with faith leaders and expect to release guidelines on Monday on how churches can reopen.

“We look forward to churches reopening in a safe manner,” Newsom said.

“Gov. Newsom would apparently rather litigate this case all the way to the U.S. Supreme Court than allow a single Californian to go to church,” Charles LiMandri, a lawyer for the Freedom of Conscience Defense Fund who is representing the church and its bishop, Arthur Hodges III, said in a statement. “Under the governor’s edicts, Bishop Hodges can bump shoulders with congregants at a shopping mall, but he can’t minister to them in a safe and sanitary church sanctuary. That is blatant religious discrimination, and we hope the Supreme Court agrees.”

The Supreme Court has yet to announce whether it will hear the case.

In a dissenting opinion, Judge Daniel Collins, who was appointed to the 9th Circuit by Trump in May 2019, wrote that Newsom’s executive order “illogically assumes that the very same people who cannot be trusted to follow the rules at their place of worship can be trusted to do so at their workplace.”

How To Make Tequila Lime Wings 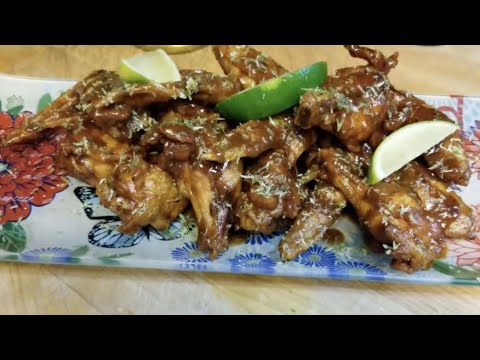