(NEW YORK) — A pandemic of the novel coronavirus has now killed more than 342,000 people worldwide.

Over 5.3 million people across the globe have been diagnosed with COVID-19, the disease caused by the new respiratory virus, according to data compiled by the Center for Systems Science and Engineering at Johns Hopkins University. The actual numbers are believed to be much higher due to testing shortages, many unreported cases and suspicions that some governments are hiding the scope of their nations’ outbreaks.

The United States is the worst-affected country in the world, with more than 1.6 million diagnosed cases and at least 97,424 deaths.

At least 107 COVID-19 cases have been traced to a Frankfurt church, German officials said Sunday.

The cases are linked to the Baptist congregation and health authorities are looking to identity people who may be asked to quarantine to stop further transmission, the health minister for the German state of Hesse, Kai Klose, said in a statement.

Germany has more than 180,000 cases of COVID-19 and at least 8,283 deaths. The country started loosening restrictions about a month ago and churches in several states reopened in early May.

The teams must follow appropriate health protocols, the governor said.

Last week, Cuomo encouraged major sports teams in the state to reopen without fans, a point he repeated at Sunday’s daily press briefing.

“I believe sports can come back without having people in the stadium and in the arena,” Cuomo said. “Work out the economics if you can. We want people to be able to watch sports, to the extent people are staying home. It gives people something to do and is a return to normalcy.”

Most live sports have been shut down since March due to the coronavirus pandemic. Last Sunday, NASCAR held its first race since lockdown measures began in South Carolina.

New York continues to reopen its economy this week. Campgrounds can reopen on Monday, followed by veterinarian offices on Tuesday, Cuomo said.

The mid-Hudson region and Long Island are still on track to reopen Tuesday and Wednesday, respectively, the governor said.

There were 109 daily deaths in the state from COVID-19 in the last 24 hours, Cuomo said Sunday.

9:20 a.m.: Success of reopening will depend on following guidance, Birx says

Dr. Deborah Birx, one of the leaders of the government’s response to the virus, pinned the success of reopening efforts on the public’s ability to follow the direction of public health experts.

“I think it’s our job as public health officials, every day to be informing the public that what puts them at risk,” said Birx, the White House coronavirus response coordinator, in an interview on ABC’s “This Week” Sunday. “We’ve learned a lot about this virus, but we now need to translate that learning into real change behavior that stays with us so we can continue to drive down the number of cases.”

“This only works if we all follow the guidelines and protect one another,” Birx continued.

“You can go to the beaches if you stay 6 feet apart,” she said. “But remember that is your space, and that is the space you need to protect to ensure you are socially distancing for others.”

9:05 a.m.: Coronavirus ‘is not yet contained,’ FDA commissioner says

As states begin to open up during Memorial Day weekend, the FDA commissioner reminded the public to continue to protect themselves from exposure to the coronavirus.

“I again remind everyone that the coronavirus is not yet contained,” Dr. Stephen Hahn said in a Twitter post on Sunday morning. “It is up to every individual to protect themselves and their community. Social distancing, hand washing and wearing masks protect us all.”

The professor co-leading the vaccine development says the virus is disappearing so quickly in Britain, the vaccine trial being run by Oxford University only has a 50% chance of success.

The trial depends on having enough vaccinated people to essentially go out into the wild and catch the virus in order for the vaccine to be tested.

Earlier in the year when the infection rate was much higher, researchers expected an 80% chance of an effective vaccine. That’s now dropped to 50% according to Professor Adrian Hill.

“It’s a race against the virus disappearing, and against time”, Hill told the Telegraph newspaper in the U.K. “At the moment, there’s a 50% chance that we get no result at all.”

The experimental vaccine, known as ChAdOx1 nCoV-19, is one of the front-runners in the global race to provide protection against the new coronavirus causing the COVID-19 pandemic.

Hill’s team began early-stage human trials of the vaccine in April, making it one of only a handful to have reached that milestone.

Brazil has now surpassed Russia with a total number of confirmed cases standing at 347, 398. That’s up 16,508 from the previous figure, according to Johns Hopkins University.

Russia on Sunday reported their updated figure at a total of 344,481.

Brazil now stands as having the second most confirmed cases globally, with the current number likely to rise even higher once newer figures are reported.

The state of Michigan announced that they would be changing the way they report COVID-19 testing data by separating the results of diagnostic tests and serology tests.

The Michigan Department of Health and Human Services said in a statement that “the change makes the data more accurate and relevant as the state continues to expand diagnostic testing to help slow and contain the spread of COVID-19. The update to the website separates out the results of two different types of tests – serology and diagnostic. Michigan – along with some other states – has not separated data for diagnostic and serology tests. Data on serology testing – also known as antibody testing – is separated from the other testing numbers. Currently, serology testing can be used to help determine whether someone has ever had COVID-19, while traditional viral diagnostic tests determine if someone has active disease.”

“Diagnostic tests are most helpful in tracking the spread of COVID-19 since they can show the number of people who currently have the COVID-19 virus. Serology tests are still being studied regarding their utility. They are currently most helpful in understanding how much a community may have been exposed to the disease. However, it is unknown if the presence of an antibody truly means someone is immune to COVID-19, and if so, for how long. Results of antibody tests should not change decisions on whether an individual should return to work, or if they should quarantine based on exposure to someone with the disease. Approximately 12 percent of Michigan’s tests overall have been serology tests; about 60 percent of those have been from the past nine days,” the statement read.

Meanwhile, Missouri also announced their own changes regarding their reporting of COVID-19 cases.

“The Governor calls on us as public servants to get better every day,” said Dr. Randall Williams, director of Missouri’s DHSS. “As we continue to learn more about this virus and new tests emerge, we will continue providing better data with greater clarity and transparency to help Missourians make the best decisions for their health care possible.”

According to a statement released by Missouri’s DHSS, some key changes in the data will include:

•The tests performed by day will include PCR tests only, which indicates only if a person has an active COVID-19 case. Numbers will have decreased from previous days’ reporting because DHSS is no longer including people who received only serology tests.

•Given the marked increase in serology testing, DHSS is now reporting separate information on serology which is collected through a blood test to determine if a person has previously been infected and has formed antibodies against the virus.

Claims that the global coronavirus pandemic originated at the Wuhan Institute of Virology in the central Chinese city are a “pure fabrication,” the institute’s director said.

Wang Yanyi said the institute did not have any knowledge before that “nor had we ever encountered, researched or kept the virus. In fact, like everyone else, we didn’t even know the virus existed. How could it have leaked from our lab when we never had it?”

Wang Yanyi continued: “Many people might misunderstand that since our institute reported the RaTG-13’s genome similarity to SARS-CoV-2, we must have the RaTG-13 virus in our lab. In fact, that’s not the case. When we were sequencing the genes of this bat virus sample, we got the genome sequence of the RaTG-13 but we didn’t isolate nor obtain the live virus of RaTG-13. Thus, there is no possibility of us leaking RaTG-13.”

Minnesota Gov. Tim Walz announced that starting Wednesday, he will allow places of worship to reopen at 25% capacity if they adhere to social distancing and other public health guidelines.

Walz also announced that COVID-19 cases are still climbing and may not reach the peak until summer.

The state’s health commissioner said there was an increase of 847 positive coronavirus cases Friday — the highest daily total. There have been 19,845 positive cases in the state thus far.

Rickey Smiley Thanks Rick Ross & Meets Woman Who Got That 🔥 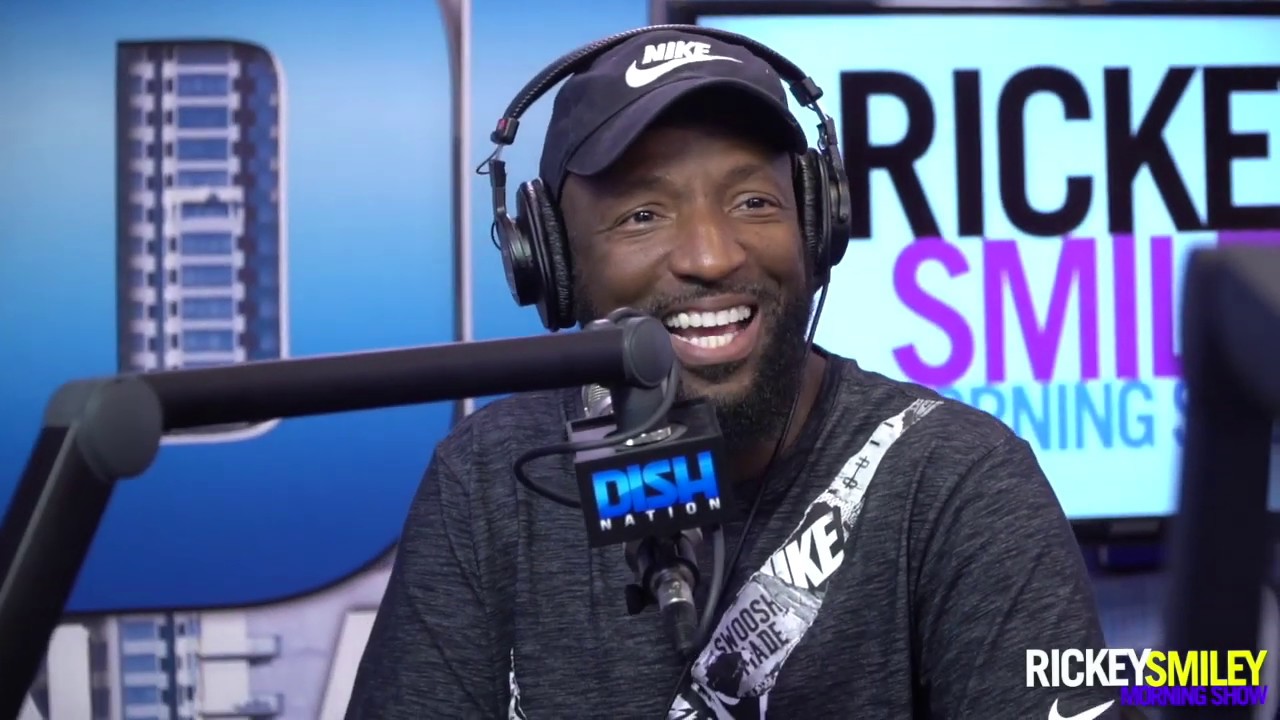