(NEW YORK) — A pandemic of the novel coronavirus has now killed more than 482,000 people worldwide.

Nearly 9.5 million people across the globe have been diagnosed with COVID-19, the disease caused by the new respiratory virus, according to data compiled by the Center for Systems Science and Engineering at Johns Hopkins University. The actual numbers are believed to be much higher due to testing shortages, many unreported cases and suspicions that some governments are hiding the scope of their nations’ outbreaks.

Since the first cases were detected in China in December, the United States has become the worst-affected country, with more than 2.3 million diagnosed cases and at least 121,979 deaths.

9:26 a.m.: Another 1.5 million US workers file for unemployment insurance

While new weekly unemployment filings have been slowly decreasing since reaching a peak in late March, they have remained at historically high levels for over three months.

New jobless claims have topped one million for 14 straight weeks. Prior to the coronavirus pandemic, the record for weekly unemployment filings was 695,000 in 1982.

Although many have begun returning to work in recent weeks, some 19.5 million U.S. workers are still receiving unemployment insurance.

A 114-year-old man in Ethiopia has reportedly recovered from a bout with the novel coronavirus.

The man has “fully recovered” after being treated for COVID-19 at Eka Kotebe General Hospital in the capital Addis Ababa, according to Dr. Yared Agidew, who runs the hospital.

The Eiffel Tower, one of the world’s most popular tourist attractions, reopened to the public on Thursday morning, ending its longest closure since World War II.

With France’s lockdown now over, the grand reopening of the iconic landmark in Paris is being celebrated as another sign of progress in the country’s fight against the novel coronavirus. The Eiffel Tower usually receives some seven million visitors per year, mostly from abroad.

However, visitors must now adhere to new safety measures that have been put in place to help prevent the spread of the virus.

The structure’s elevators remain closed, so visitors will have to take the stairs to the top — all 674 of them. There are also more than 1,300 markers to enforce social distancing, and high-touch areas are cleaned every two hours. All visitors under the age of 11 must wear face masks.

7:11 a.m.: ‘We are much more likely to take this seriously,’ Connecticut governor says

Connecticut Gov. Ned Lamont said he hopes other states will start to take the coronavirus pandemic more seriously amid a surge in hospitalizations and new cases.

“Probably in Connecticut, everybody knows somebody not just that lost a job but they also know somebody that lost their life,” Lamont told ABC News in an interview Thursday on Good Morning America.

“Maybe that’s not true in some of these other states,” he added, “so we are much more likely to take this seriously around here and hope that message translates now around the rest of the country.”

Lamont along with the governors of New Jersey and New York signed orders on Wednesday night imposing a 14-day self-quarantine for travelers from Florida, Texas and other states with spiking coronavirus infection rates.

“Back when the New York metro area, including Connecticut, had a high infection rate, there were some quarantines in our visitors down to places like Florida and, today, they have a much higher — ten times higher — infection rate than we do here,” Lamont said.

The tri-state area was the hardest hit in the country by the coronavirus pandemic. Now, an ABC News analysis shows that all of New York’s key coronavirus figures appear to be flat or declining, with the state seeing its lowest levels of COVID-19 hospitalizations on Wednesday. In New Jersey and Connecticut, there has been a decrease in the daily rate of positivity, hospitalizations and deaths.

Connecticut, which now has one of the lowest coronavirus reproduction rates in the nation, has made major progress in its reopening plan. The governor said 95% of the state’s economy is open.

“I think people are more or less following the protocols pretty strictly,” Lamont said. “But we know that we’re not an island and our region is not an island, and that’s why we’re doing what we can to protect ourselves from incoming viruses from highly infected areas.”

“I look around the rest of the country, I think a lot of it’s related to those bars being open, people not wearing the masks. I think that’s what’s being the big driver,” he said. “So far, we’re doing pretty well here. But let’s face it, we’ve got some cabin fever, it’s getting warmer out there. I’m worried.”

ABC News has obtained an internal memo from the Federal Emergency Management Agency that details the crisis hospitals are facing in U.S. states were COVID-19 diagnoses are spiking.

For instance, Arizona was experiencing a 29% increase in coronavirus-related hospitalizations as of Wednesday morning. The state’s hospital capacity stood at 83% full, with 85% of intensive care unit beds full, according to the memo.

California had a record 3,792 coronavirus-related hospitalizations as of Tuesday night, with 1,199 in intensive care, the memo said.

Hospitals throughout Mississippi reported limited to zero ICU capacity as of Tuesday night, and further stress on the state’s health care systems is predicted, according to the memo.

More than a dozen members of a Texas family have tested positive for the novel coronavirus following a birthday party, according to a report by Dallas ABC affiliate WFAA-TV.

Ron Barbosa, who lives in the Dallas area, told WFAA that his nephew was unknowingly infected with COVID-19 when he hosted a surprise birthday party for Barbosa’s daughter-in-law on May 30. A total of 25 people attended the celebration, though not everyone arrived all at once nor stayed for the same duration. Barbosa said he and his wife, who is a doctor, didn’t go due to safety concerns.

The virus has since spread throughout the family, and Barbosa said he has counted 18 relatives who have now tested positive for COVID-19.

“When people started getting sick, we really let everyone have it,” Barbosa told WFAA. “We knew this was going to happen. I mean, this whole time this has been going on, we’ve been terrified.”

Among those infected are two young children, two grandparents, a cancer patient and Barbosa’s elderly parents. Barbosa’s parents, who are in their 80s, and his sister, who is battling breast cancer, are currently hospitalized.

Barbosa’s father is in intensive care and on life support.

“My dad’s hanging on by a thread,” he told WFAA, holding back tears. “They’re saying this is one of the last straws for my dad.”

Two professional basketball players on the Sacramento Kings revealed Wednesday that they have tested positive for the novel coronavirus.

Kings forward Jabari Parker, 25, said he had received the positive results “several days ago” and “immediately” isolated himself in Chicago.

“I am progressing in my recovery and feeling well,” Parker said in a statement released by the team. “I look forward to joining my teammates in Orlando as we return to the court for the resumption of the NBA season.”

“I want to thank the Sacramento Kings for their great care and the NBA for putting the protocols in place to allow me to catch this early,” Len said in a statement posted on Instagram. “I have immediately entered isolation and look forward to being cleared and rejoining my teammates for our playoff push.”

More than 34,000 new cases of COVID-19 were identified in the United States on Wednesday, according to a count kept by Johns Hopkins University.

The latest daily caseload is just under the country’s record high of more than 36,000 new cases identified on April 24.

The new cases include people from all 50 U.S. states, Washington, D.C., and other U.S. territories.

While previous hotspots in the Northeast like New York, New Jersey and Connecticut have made major progress in recovering from their outbreaks, states in the South and West including Arizona, California, Florida and Texas are experiencing an alarming surge in new infections.

By May 20, all states had begun lifting stay-at-home orders and other restrictions put in place to curb the spread of the novel coronavirus. The day-to-day increase in cases then hovered around 20,000 for a couple of weeks before shooting back up to over 30,000.

Nearly half of all 50 states have seen a rise in infections over the past two weeks, with some — such as Texas and Florida — reporting daily records.

This Generation Owes the Least Amount of Credit Card Debt

Teaching My Grandson To Catch A Ball 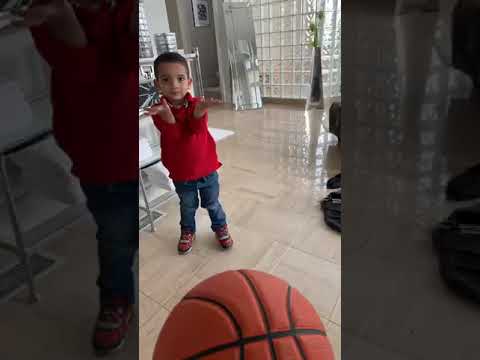 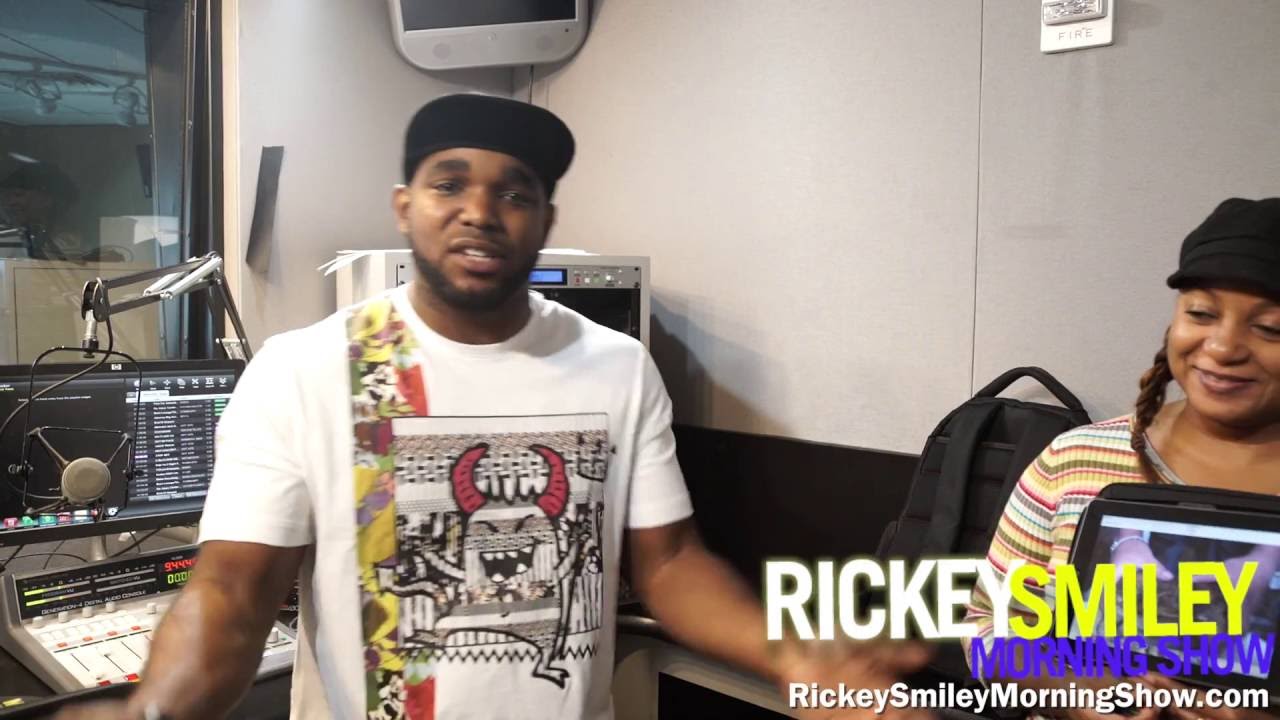