(NEW YORK) — A pandemic of the novel coronavirus has now killed more than 347,000 people worldwide.

Over 5.5 million people across the globe have been diagnosed with COVID-19, the disease caused by the new respiratory virus, according to data compiled by the Center for Systems Science and Engineering at Johns Hopkins University. The actual numbers are believed to be much higher due to testing shortages, many unreported cases and suspicions that some governments are hiding the scope of their nations’ outbreaks.

Since the first cases were detected in China in December, the United States has become the worst-affected country, with more than 1.6 million diagnosed cases and at least 98,426 deaths.

Lightfoot said 85% of the funds will be directed to support at least 30 organizations that are neighborhood-based or service residents most impacted by COVID-19.

At least 600 people will join the contact tracing team, the mayor said.

1:27 p.m.: ‘The door is open’ to hold Republican convention in Florida, governor says

This comes after President Donald Trump on Memorial Day tweeted threatening to move the convention from North Carolina if the southern state’s “Democrat Governor,” Roy Cooper, wouldn’t guarantee that a “full attendance in the Arena” would be allowed in August.

“The door is open, we want to have the conversation,” he said.

But DeSantis also urged that the state would “abide” by any safety restrictions to host the event in an alternative venue.

“So my posture on all this is we should try to get it done as best we can and in accordance with whatever safety requirements,” he said. “But you know, his government will be talking about the safety restrictions, the president’s government, so if he’s going to do a convention obviously he’s gonna want to abide by whatever they’re saying. So if we can get that done and do it in a way that’s safe, that would be a huge economic impact for the state of Florida.”

A total of 614 TSA employees have tested positive for COVID-19, according to the agency.

The TSA last week said it’s rolling out adjusted rules for traveling during the pandemic.

Flyers are now permitted to bring a hand sanitizer container that’s up to 12 ounces in their carry-on bags.

Also, instead of handing their paper or electronic boarding pass over to the TSA officer, travelers can place the boarding pass directly on the scanner.

Murphy also tweeted that the states professional sports teams can resume training and competition “if their leagues choose to move in that direction.”

“We have been in constant discussions with teams about necessary protocols to protect the health and safety of players, coaches and personnel,” Murphy said.

More than 115,000 people in Africa have now been diagnosed with COVID-19, according to a count kept by the Africa Centers for Disease Control and Prevention.

More than 46,000 of those patients have recovered from the disease so far, while at least 3,471 others have died.

Although around half of all African nations have community transmission of the novel coronavirus, Africa is the least-affected region globally in terms of the number of cases and deaths reported to the World Health Organization.

“Of course, these numbers don’t paint the full picture,” WHO Director-General Tedros Adhanom Ghebreyesus said during Monday’s press briefing. “Testing capacity in Africa is still being ramped up and there is a likelihood that some cases may be missed. But even so, Africa appears to have so far been spared the scale of outbreaks we have seen in other regions.”

The United Kingdom’s medicines agency has authorized the use of the experimental drug remdesivir for coronavirus patients in the country.

The U.K. Medicines and Healthcare Products Regulatory Agency announced Tuesday that it would support the use of remdesivir, made by U.S. biopharmaceutical company Gilead, to treat adults and adolescents hospitalized with severe cases of COVID-19.

“We are committed to ensuring that patients can have fast access to promising new treatments for COVID-19,” Dr.  June Raine, the agency’s chief executive, said in a statement.

Remdesivir will be provided to the U.K. National Health Service free of charge by Gilead and will be for patients with “high, unmet medical need determined by a physician,” according to the agency. The drug will also continue to be used in the country’s clinical trials.

Gilead originally developed remdesivir to treat patients with Ebola virus disease. However, the antiviral medication has been tapped as a potential treatment for COVID-19.

Although clinical trials are still under way across the globe to determine whether remdesivir is in fact effective against the novel coronavirus, the initial data is promising.

Preliminary results released last month from a trial on more than 1,000 people severely sickened with COVID-19 in 75 hospitals around the world show that those who received remdesivir recovered 31% faster than those who were given a placebo.

Russia said Tuesday that it has registered a record 174 coronavirus-related deaths over the past 24 hours, bringing the nationwide toll to 3,807.

The latest daily increase in COVID-19 fatalities shatters the country’s previous record of 153 new deaths reported on Sunday. However, the overall tally is still considerably lower than many other countries hit hard by the pandemic.

The latest daily caseload is down from a peak of 11,656 new infections reported on May 11, during which Russia registered over 10,000 new cases per day over a 12-day period. Since then, the daily number of new infections has hovered around 9,000 per day.

Russian President Vladimir Putin began easing the nationwide lockdown earlier this month, despite a rising number of cases at the time.

Douglas Ross stepped down from his post as parliamentary under-secretary of state for Scotland on Tuesday, saying in a statement, “There was much I still hoped to do in this role but events over the last few days mean I can no longer serve as a member of this government.”

Ross’ resignation comes on the heels of a press statement made by Cummings, in which he admitted to driving his child and ill wife more than 250 miles with from their London home to his parents’ house in northern England at the end of March during the lockdown. He said he didn’t make any stops along the way.

“I was worried that if my wife and I were both seriously ill, possibly hospitalized, there is nobody in London that we could reasonably ask to look after our child and expose themselves to COVID,” Cummings said at a news conference Monday.

Upon arriving at his parent’s home, Cummings said he developed symptoms of COVID-19 while his wife began feeling better. Their 4-year-old son also fell ill and spent a night in the hospital but ultimately tested negative for the virus. As they recovered, Cummings said he sought “expert medical advice” and was told it was safe to drive his family back to London in mid-April. He maintained that he acted “reasonably and legally” and said he doesn’t regret what he did.

“While the intentions may have been well meaning, the reaction to this news shows that Mr. Cummings interpretation of the government advice was not shared by the vast majority of people who have done as the government asked,” Ross said in his statement Tuesday. “I have constituents who didn’t get to say goodbye to loved ones; families who could not mourn together; people who didn’t visit sick relatives because they followed the guidelines of the government. I cannot in good faith tell them they were all wrong and one senior advisor to the government was right.”

More than 19,000 people in the United States were diagnosed with COVID-19 on Monday, according to a count kept by Johns Hopkins University.

The country also reported over 500 new deaths from the disease on the same day.

The United States is, by far, the hardest-hit nation in the coronavirus pandemic. New York remains the worst-hit U.S. state, with at least 362,764 diagnosed cases and 23,488 deaths, according to the latest data from the New York State Department of Health.

Latin America’s largest airline filed for Chapter 11 bankruptcy protection on Tuesday as the travel industry reels from the impact of lockdowns, quarantines and other restrictions imposed by governments around the world due to the coronavirus pandemic.

“The U.S. Chapter 11 financial reorganization process provides a clear and guided opportunity to work with our creditors and other stakeholders to reduce our debt, address commercial challenges that we, like others in our industry, are facing as a group,” the Santiago, Chile-based company said in a statement Tuesday. “It is very different from the concept of bankruptcy in other countries and is not a liquidation proceeding.”

LATAM Airlines CEO Roberto Alvo said the group is “committed to continuing flying.” The bankruptcy filing won’t affect efforts to return to regular operations and the company will respect its commitments with cargo customers. Travelers with existing tickets, vouchers and air miles can still use them.

“Given the impact that that COVID-19 generated crisis has had on the aviation industry, LATAM has been forced to make a series of extremely difficult decisions in the past few months,” Alvo said in a video message Tuesday. “These have been taken with the objective of ensuring the protection of the group, continuing operations and meeting commitments.”

LATAM Airlines is South America’s biggest carrier by passenger traffic. It operated around 1,300 flights per day and transported a record 74 million passengers last year, according to the company’s more recent annual report.

“We are focused on looking towards a post-COVID future and centered in our business’s transformation,” Alvo said, “so that we may adapt to a new world and a new and evolving way of flying, where the health and safety of our passengers and employees is the first priority.” 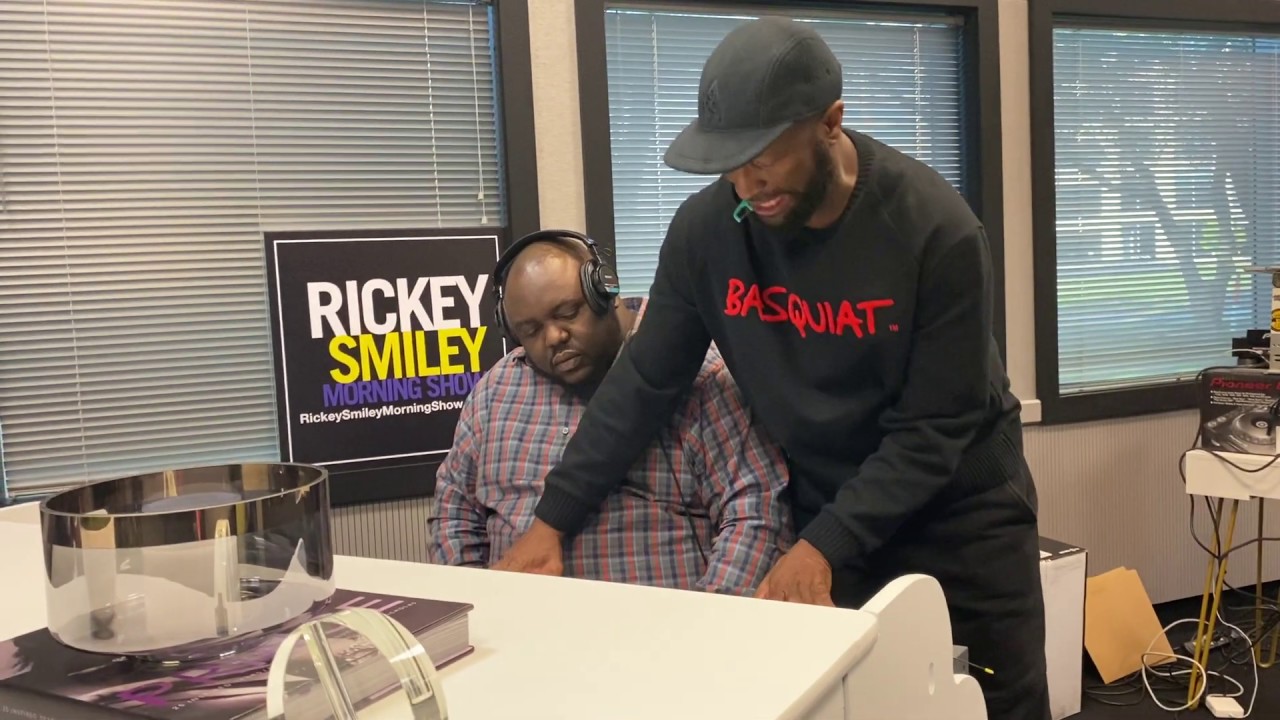 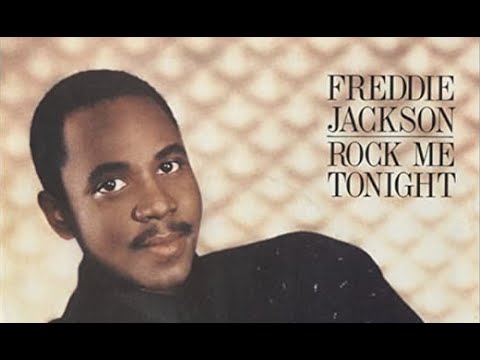