Coronavirus updates: Trump and Pence to maintain distance from each other – National News

(NEW YORK) — A pandemic of the novel coronavirus has now killed more than 286,000 people worldwide.

More than 4.1 million people across the globe have been diagnosed with COVID-19, the disease caused by the new respiratory virus, according to data compiled by the Center for Systems Science and Engineering at Johns Hopkins University. The actual numbers are believed to be much higher due to testing shortages, many unreported cases and suspicions that some governments are hiding the scope of their nations’ outbreaks.

Since the first cases were detected in China in December, the United States has become the worst-affected country, with more than 1.3 million diagnosed cases and at least 80,684 deaths.

7:12 a.m.: Hair salons and restaurants to reopen across Italy next week

Bars, restaurants, beauty salons and barber shops will be allowed to reopen across Italy this month rather than having to wait until June.

Regional governors got their way on Monday when Italian Prime Minister Giuseppe Conte dropped his plan to keep restaurants and hair salons closed until June 1 and instead moved up their reopening to May 18. A list of coronavirus-related safety precautions for those businesses will be issued later this week.

While some Italian provinces move ahead with reopening businesses earlier than originally planned by the central government, Conte still has the power to overrule policy decisions made by governors if the number of COVID-19 cases start to climb again. Monday marked the first day that Italy’s nationwide total of patients in intensive care units fell to under 1,000.

Once the hardest-hit country in Europe, Italy was the first nation in the world to impose a nationwide lockdown due to the coronavirus pandemic. Last week, Italy began to slowly lift the strict lockdown by easing some restrictions.

Italy is one of the worst-affection nations in the world in the pandemic, with more than 219,000 diagnosed cases of COVID-19 and at least 30,739 deaths.

Russia reported more than 10,000 new cases of COVID-19 on Tuesday for the 10th day in a row, as the country emerges as a new hotspot in the coronavirus pandemic.

There were 10,899 new cases and 107 new deaths confirmed in Russia over the past 24 hours, according to the country’s coronavirus response headquarters.

The latest daily tally is down from Monday’s record of 11,656 new infections.

So far, Russia has reported a total of 232,243 confirmed cases of COVID-19, making it the second-largest national tally in the world, behind the United States. Russia also has one of the world’s fastest rates of new infections in the coronavirus pandemic, second only to the U.S.

The Seoul metropolitan government is ramping up its efforts to trace clubgoers at risk of contracting the novel coronavirus.

A police task force team of over 8,500 members are combing through mobile phone records, credit card bills and even surveillance footage to identify individuals who recently visited reopened clubs and bars in the popular nightlife district of Itaewon, after 21 new cases of COVID-19 linked to the area were confirmed on Tuesday.

So far, South Korea’s Centers for Disease Control and Prevention has counted a total of 102 confirmed cases tied to individuals who were at Itaewon bars or nightclubs that reopened after anti-virus measures were relaxed or who had come in contact with those who were. Authorities have since shut down more than 2,100 nightclubs, hostess bars and discos in the South Korean capital.

Seoul police have secured a list from mobile operators of 10,905 customers who were present in the Itaewon area for over 30 minutes between April 24 and May 6 and sent text messages asking the owners of those mobile phones to get tested for COVID-19. Police also tracked the credit card transactions of 494 people out of about 1,000 who paid tabs at the clubs and bars currently under investigation there.

“Messages have already been sent to everyone and will be sent once more this afternoon,” Seoul Mayor Park Won-soon said in a press briefing Tuesday. “Those who have received the messages should visit the nearby health center or screening clinic soon for the testing.”

Some 10,300 people tied to the Itaewon area have been tested for COVID-19 so far. Many of the individuals are in their 20s and 30s.

South Korea has begun to gradually ease its strict social-distancing measures that were put in place to curb the spread of the virus. Last week, people resumed their daily routines while museums, libraries and other public facilities reopened under the relaxed rules. The number of new cases reported in the country have stayed low for weeks, but the sudden spike among the younger generation has raised concerns that the quarantine measures may have been lifted too soon.

City health authorities have said that all testing will be free for those who come forward and no questions will be asked. But a number of club-goers are still reluctant to get tested for fear of being stigmatized, as the Itaewon area caters to a large LGBT community.

“This is not a matter of being gay or not. This is a problem that arose unexpectedly to all young people,” David Kim, an LGBT activist at the Sinnaneun Center in Seoul, told ABC News. “No one expected an outbreak. Even the government said it’s OK to reopen the clubs after a two month break. It’s just sad that we are being targeted by conservative media and social opinions as if we are the villains.”

South Korea once had the largest outbreak outside China, where the novel coronavirus first emerged, but the country quickly implemented an extensive “trace, test and treat” strategy. A total of 10,936 people across the nation have been diagnosed with COVID-19, of which 9,670 have recovered and 258 have died, according to South Korea’s Centers for Disease Control and Prevention.

Wuhan, the Chinese city that was ground zero of the coronavirus pandemic, plans to test its entire population for the novel coronavirus after a cluster of new cases emerged.

The Wuhan Municipal Health Commission issued an emergency notice on Monday announcing a “10 Day Battle” to ramp up its ability to conduct nucleic acid tests on the city’s 11 million residents. Each district must submit a detailed plan by Tuesday on how they will test their respective community, according to an official leaflet which has been circulated on social media and carried by state-run media.

The document did not state a timeline for the completion of the testing drive itself.

Wuhan, the capital of central China’s Hubei province, reported its first cluster of coronavirus infections on Monday in over a month, stoking fears of a second wave. The five new locally-transmitted cases arose from a previously asymptomatic patient who then spread the virus to four others in their residential compound, according to the official state-run Xinhua News Agency.

China’s National Health Commission said Tuesday morning that no new cases had been reported in Hubei province over the past 24 hours.

Wuhan was the first city in the world to go under a coronavirus-related lockdown after the newly identified virus was thought to have first emerged there in December. The lockdown was lifted last month and life in the city has slowly been returning to normal. Last week, Chinese authorities decided to downgrade the entire country from high- to low-risk for the novel coronavirus as the number of new infections continued to hover just above zero and no new deaths had been reported for several consecutive days.

But Wuhan’s Dongxihu district raised its risk level from low to medium after a new locally-transmitted case was confirmed there over the weekend, according to Xinhua News Agency.

Since the start of the pandemic, the Chinese mainland has reported 82,919 confirmed cases of COVID-19 and 4,633 deaths. There are still 115 people with the disease in hospitals, according to the National Health Commission.

3:30 a.m.: Trump and Pence to maintain distance from each other

U.S. President Donald Trump and Vice President Mike Pence will maintain a physical distance from each other in the immediate future, a senior administration official told ABC News.

The decision was made in consultation with the medical unit at the White House, the official said. The change comes after two aides on the White House campus, including Pence’s press secretary, tested positive for the novel coronavirus.

Sources had told ABC News earlier that there were discussions over the weekend about keeping the president and vice president separated, but no decision on that had been made until now. It’s unlikely the two will be attending meetings together unless necessary, sources said.

Pence spent all of Monday at the Eisenhower Executive Office Building, where he maintains his ceremonial office and where most of his staff have offices, a senior administration official told ABC News.

While in the Eisenhower Executive Office Building, Pence followed the guidelines for critical infrastructure workers laid out by the U.S. Centers for Disease Control and Prevention, the official told ABC News. The vice president qualifies as a critical infrastructure worker because he’s a key member of a government entity that works to provide public health access, among other critical functions, according to the official.

Those guidelines call for people to take their temperature before going into work, monitor for any symptoms, wear a mask at all times in the workplace for 14 days after last exposure to an infected individual, maintain a six-foot distance from others and practice social distancing at work as much as possible, as well as disinfect and clean workspaces regularly.

Pence followed those guidelines as much as possible and wore a mask inside the Eisenhower Executive Office Building on Monday, the official told ABC News.

First Lady Michelle Obama: “I Exist Because I Have An Education” 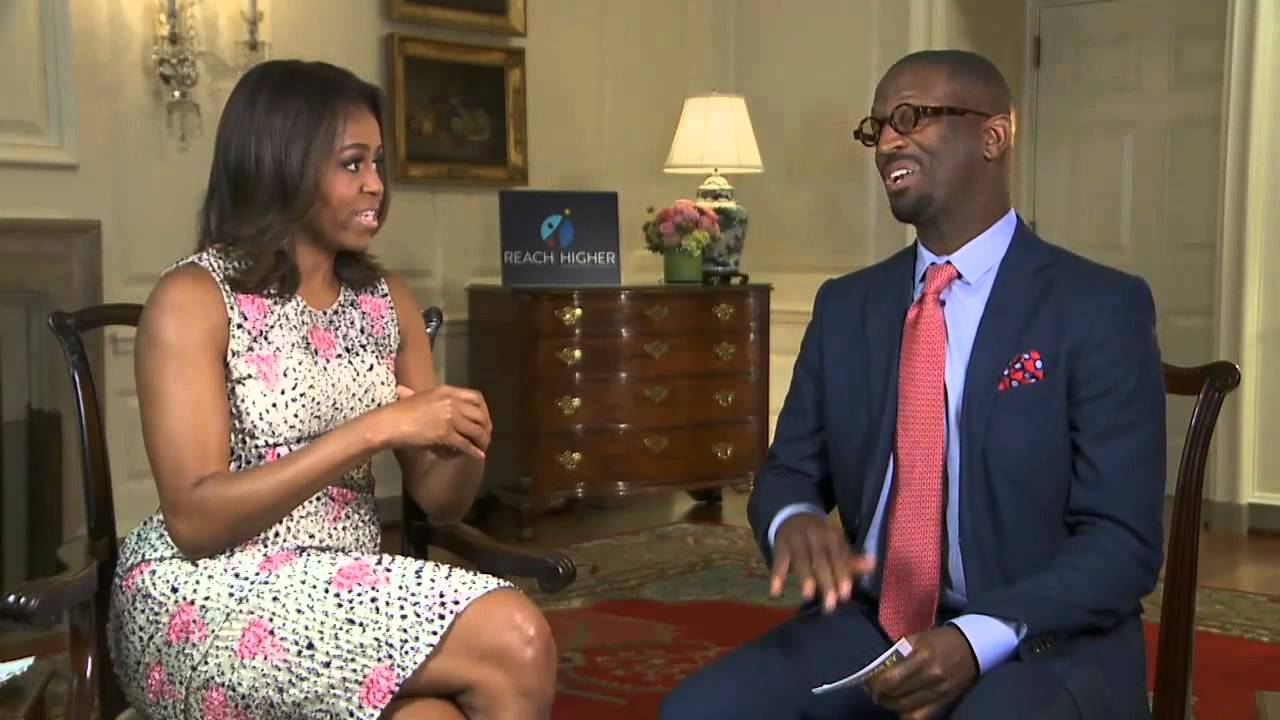 Rickey Smiley Amazed By How Much His Son Has Grown 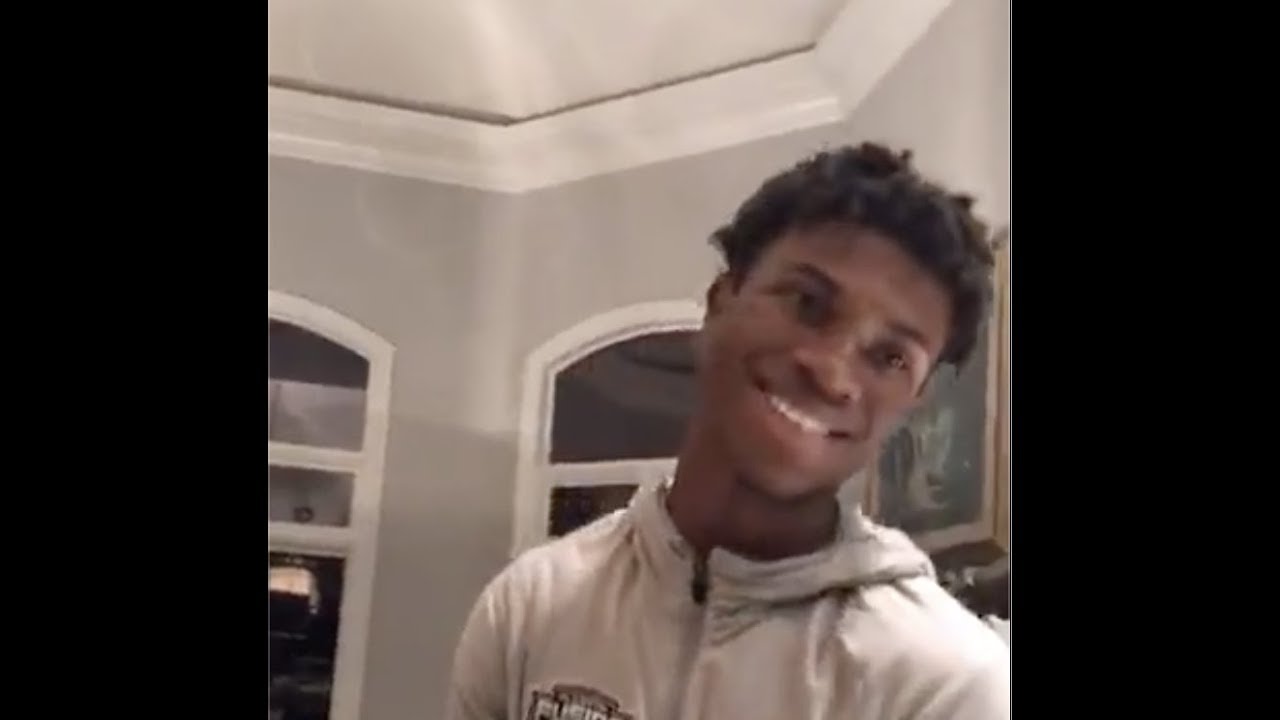