(NEW YORK) — A pandemic of the novel coronavirus has now killed more than 297,000 people worldwide.

Over 4.6 million people across the globe have been diagnosed with COVID-19, the disease caused by the new respiratory virus, according to data compiled by the Center for Systems Science and Engineering at Johns Hopkins University. The actual numbers are believed to be much higher due to testing shortages, many unreported cases and suspicions that some governments are hiding the scope of their nations’ outbreaks.

Since the first cases were detected in China in December, the United States has become the worst-affected country, with more than 1.5 million diagnosed cases and at least 90,994 deaths.

In New Jersey, over 149,000 people have been diagnosed with the coronavirus and at least 10,586 of those have lost their lives.

New Jersey’s long-term care facilities have been especially hard-hit by the pandemic.

Gov. Phil Murphy said Tuesday that the state is changing the way it records deaths in long-term care facilities.

Murphy on Monday reported over 5,000 deaths at long-term care facilities, but on Tuesday he said the state was now going to report totals by the number of lab-confirmed deaths — which currently stands at 4,295.

Murphy said the initial data was not an apples-to-apples comparison.

New York’s Belmont Stakes will take place Saturday, June 20 as the opening leg of the Triple Crown — but spectators won’t be able to attend.

The Belmont Stakes will air at 3 p.m. ET on NBC Sports.

The teen had symptoms of the inflammatory syndrome associated with the coronavirus — the same illness reported in at least 147 young people in New York City.

Across Maryland, more than 41,000 people have been diagnosed with the coronavirus.

New York City Mayor Bill de Blasio said he’s asking the state to authorize line-of-duty benefits for the 270 city employees who have lost their lives to  the coronavirus.

The families of those employees who died “need to know their futures will be secure,” the mayor said.

But of those tested citywide on Sunday, just 9% were positive for the coronavirus, down from 11% one day earlier, the mayor said.

De Blasio said Tuesday it’s “too early to predict” school plans for the fall but that safety will be the No. 1 factor — especially now that a coronavirus-related illness is impacting children.

Now known by the name Multi-system Inflammatory Syndrome in Children (MIS-C), the Centers for Disease Control and Prevention (CDC) has confirmed that the illness does have a link to COVID-19.

The city has seen 147 cases of the illness using the initial definition — Pediatric Multi-system Inflammatory Syndrome. Of those, 69 young people tested positive for the coronavirus and antibodies, and one young person died, the mayor said.

Parents should call their doctor immediately if their child has symptoms, the mayor said.

New York City officials plan to have an updated number of cases under the MIS-C definition this week, the mayor said.

The Seychelles has banned all cruise ship tourism through the end of 2021 as part of its efforts to prevent the spread of the novel coronavirus.

The East African island nation’s tourism minister announced the two-year ban on all cruise ship calls at Port Victoria earlier this month, saying the measure takes effect immediately, according to the Seychelles Nation, the national newspaper.

The country’s international airport on the island of Mahe has also been shut down since March due to the coronavirus pandemic.

The Seychelles appears to have been largely spared from the scourge of the pandemic. The archipelago has just 11 diagnosed cases of COVID-19 and no reported deaths, according to a count kept by Johns Hopkins University.

However, the country’s economy relies heavily on tourism, which is its second main source of foreign exchange earnings after commercial fishing, according to the Geneva-based International Trade Center.

The Navajo Nation reported 69 new cases of COVID-19 on Monday, bringing the total to 4,071, according to a joint press release from the Native American territory’s president and vice president.

There were no coronavirus-linked fatalities reported Monday, leaving the Navajo Nation’s death toll at 142.

As the largest American Indian reservation in the country, the Navajo Nation is home to more than 356,000 people and covers some 25,000 square miles in the United States, spanning across parts of Arizona, Utah and New Mexico. The territory is approximately the size of the state of West Virginia.

The Navajo Department of Health has conducted more than 25,000 COVID-19 tests.

“The Navajo Nation is testing our citizens at a greater rate per capita than any state in the entire country and that’s a major reason why we have high numbers of positive cases,” Navajo Nation President Jonathan Nez said in a statement Monday night. “The Navajo Nation must continue to work together with local, state, and federal partners to stop the spread of COVID-19 by staying home, washing hands, staying at least six-feet apart from others, and by wearing proper personal protection, such as face masks when in public.”

Although Russian President Vladimir Putin had appointed an acting-prime minister in the meantime, Mishustin still held video conferences with ministers from the hospital, sitting up in bed and wearing a suit.

Putin on Tuesday cancelled his order that appointed an acting-prime minister, allowing Mishutin to formally return to his role, according to the Kremlin. Russian news agencies reported that Mishustin was still in the hospital the previous day.

Russia on Tuesday reported 9,263 new cases of COVID-19 over the past 24 hours, bringing the total to 299,941, according to the country’s coronavirus response headquarters.

Russia has the second-largest national tally of COVID-19 cases in the world, behind the United States. The latest daily tally is down from a record 11,656 new infections on May 11. Last Thursday marked the end of a 12-day streak during which the country registered over 10,000 new cases per day.

However, the nation’s death toll from COVID-19 remains relatively low with 115 new fatalities reported over the past 24 hours, bringing the nationwide total to 2,837, according to the coronavirus response headquarters.

France’s highest administrative court ruled on Monday that Paris police could no longer use drones to surveil public compliance with coronavirus-related restrictions.

Police have used unmanned aerial vehicles with surveillance cameras in the French capital since mid-March to ensure people were complying with containment measures imposed to curb the spread of the novel coronavirus. However, the Paris-based Council of State decided that it “constitutes a serious and manifestly unlawful infringement of privacy rights,” according to an order made public Monday in response to a lawsuit filed earlier this month by civil liberties groups.

Following Monday’s ruling, the Paris Police Prefecture announced in a statement that “drone monitoring of compliance with deconfinement measures has been suspended.”

France is one of the worst-affected nations in Europe amid the coronavirus pandemic, with more than 179,000 diagnosed cases of COVID-19 and at least 28,111 deaths, according to a count kept by Johns Hopkins University.

Earlier this month, France began to gradually emerge from a nationwide lockdown imposed to curb the spread of the virus. Some 1.5 million elementary and primary school students returned to classrooms across the country last week.

Italy reported less than 100 new deaths from the novel coronavirus on Monday for the first time since the start of the pandemic.

The country’s Civil Protection Department registered 99 fatalities over a 24-hour period, bringing the nationwide death toll to 32,007. Monday’s daily rise was down from 145 the previous day.

The number of active cases also fell Monday to 66,553, down from 68,351 the previous day. Meanwhile, four regions — Basilicata, Calabria, Sardinia and Umbria — reported having zero infections.

Overall, more than 225,000 people in Italy have been diagnosed with COVID-19.

The Oregon Supreme Court has halted a lower court’s order that had invalidated the statewide restrictions imposed by Gov. Kate Brown to curb the spread of the novel coronavirus.

A Baker County circuit judge ruled on Monday that the governor’s coronavirus-related restrictions were “null and void,” in response to a lawsuit filed earlier this month by 10 churches across Oregon that argued the state’s social-distancing rules were unconstitutional. Within hours, Brown filed an emergency motion seeking a hold on the judge’s preliminary injunction pending a review by the Oregon Supreme Court.

“Following swift action by the Oregon Supreme Court, my emergency orders to protect the health and safety of Oregonians will remain in effect statewide while the court hears arguments in this lawsuit,” Brown said in a statement after the court’s ruling. “From the beginning of this crisis, I have worked within my authority, using science and data as my guide, heeding the advice of medical experts. This strategy has saved lives and protected Oregonians from the worst of the COVID-19 pandemic.”

The Oregon Supreme Court is requiring both sides to submit their arguments in the case by Friday. The court did not set a timeframe for when it would decide the issue, according to Portland ABC affiliate KATU-TV.

Brown declared a statewide state of emergency due to the coronavirus pandemic in early March and has since issued multiple executive orders, including the closure of all schools and nonessential businesses as well as a ban on dine-in service at restaurants and bars.

Earlier this month, the governor extended the order another 60 days until July 6. However, most Oregon counties have gotten the state’s approval to begin relaxing those restrictions last Friday. 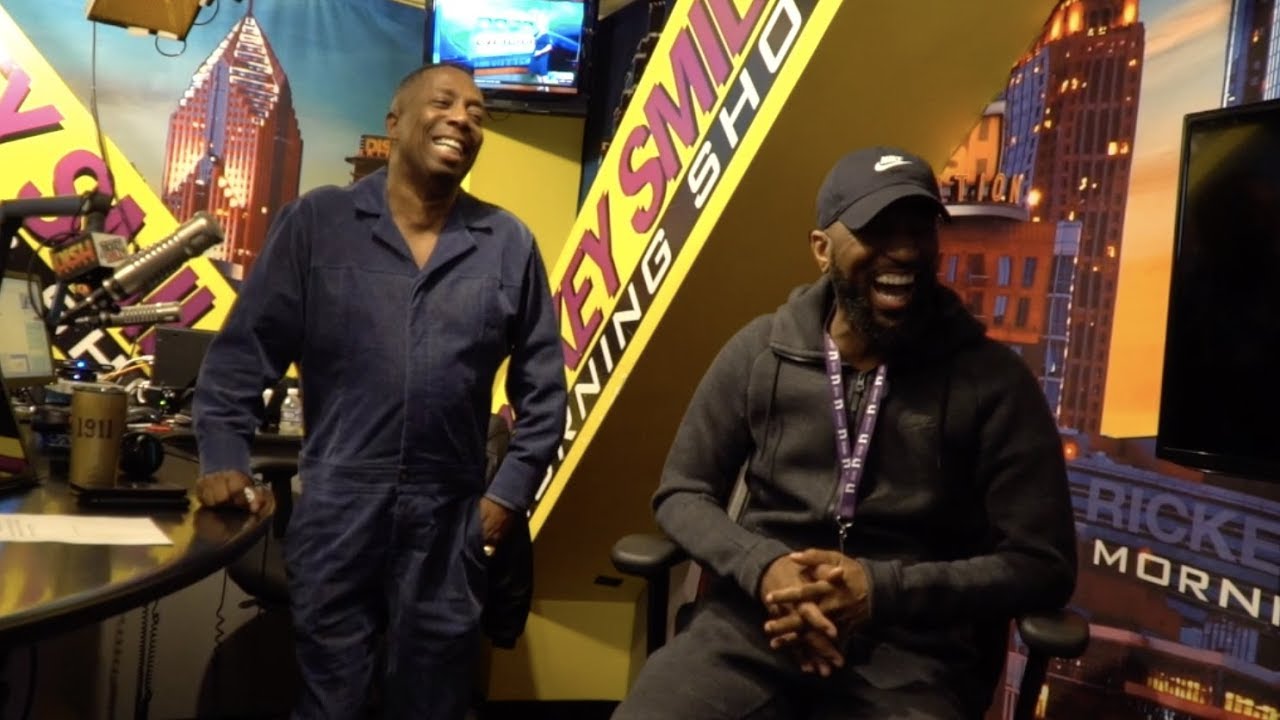