(NEW YORK) — A pandemic of the novel coronavirus has now killed more than 315,000 people worldwide.

Over 4.7 million people across the globe have been diagnosed with COVID-19, the disease caused by the new respiratory virus, according to data compiled by the Center for Systems Science and Engineering at Johns Hopkins University. The actual numbers are believed to be much higher due to testing shortages, many unreported cases and suspicions that some governments are hiding the scope of their nations’ outbreaks.

Since the first cases were detected in China in December, the United States has become the worst-affected country, with more than 1.4 million diagnosed cases and at least 89,564 deaths.

American biotechnology company Moderna announced Monday that its experimental vaccine for the novel coronavirus has so far shown to be “generally safe and well tolerated” in the first phase of a clinical trial.

The vaccine, mRNA-1273, was the first COVID-19 vaccine candidate to be tested on humans in a clinical trail in the United States. Interim clinical data from phase one of the study also shows that mRNA-1273 produced the same or better antibody levels in participants as convalescent plasma, a century-old technique used for treating epidemics, according to a press release from Moderna.

Earlier this month, Moderna announced that mRNA-127 had been cleared by the U.S. Food and Drug Administration to proceed to the next phase of a clinical trial. Phase two of the study is “expected to begin shortly,” according to the press release.

The Massachusetts-based company said it is “finalizing the protocol” for phase three of the study, which is expected to begin in July.

Ireland took its first steps out of lockdown on Monday, with a small range of shops allowed to reopen and people permitted to meet in small groups.

People can now go to hardware shops, garden centers, farmers’ markets and other outdoor retail spaces in the country, as well as opticians, vehicle repair shops, golf courses and tennis courts. Constructions sites also resumed work Monday. Other shops remain closed, likely for at least another three weeks. Bars and restaurants are not expected to reopen until the summer.

People are urged to still only make trips to shops when it is essential, and those who can work from home must continue to do so.

Members of the public are also allowed to meet with people outside their household starting Monday, but only in groups of no more than four and they must remain 2 meters apart. Officials have urged caution on the first day of eased restrictions, warning that the number of COVID-19 cases may rise as person-to-person contact increases.

“We all need to approach the coming days with care and caution, and to show some collective cop-on,” Ireland’s health minister Simon Harris said Sunday night. “We want the shops to stay open, so there’s no need to rush down to your local DIY center or garden shop today.”

Ireland recorded just 64 new cases of COVID-19 on Sunday — its lowest daily increase since March 16, around the time the Irish government began imposing restrictions. In total, the country has more than 24,000 diagnosed cases with at least 1,543 deaths, according to a count kept by Johns Hopkins University.

Saint Peter’s Basilica threw its doors open to visitors on Monday for the first time since March.

Pope Francis inaugurated the full reopening of the world-famous basilica in Vatican City and held a private morning mass in the chapel for the 100th anniversary of the birth of Pope John Paul II. The basilica was then opened to the public for masses after the pope had left.

Both Saint Peter’s Square and Saint Peter’s Basilica in Vatican City, an independent enclave surrounded by Rome, were closed to tourists after Italy’s prime minister imposed a lockdown across the entire country on March 9 because of the coronavirus pandemic. The basilica was cleaned and sanitized last week ahead of Monday’s reopening. All visitors must now wear face masks, sanitize their hands and maintain at least a 5-foot distance from others upon entering the site.

Once the worst-hit country in Europe, Italy was the first nation in the world to put a nationwide lockdown in place due to the pandemic. More than 225,000 people in Italy have been diagnosed with COVID-19 and at least 31,908 have died, according to a count kept by Johns Hopkins University.

Italy began to slowly lift the strict lockdown earlier this month. The country’s economy is forecast to contract by at least 8% this year as a result of the epidemic.

At least 70 new cases of COVID-19 have been detected in reopened schools in France as nearly 150,000 more children returned to classrooms on Monday, according to the country’s education minister Jean-Michel Blanquer.

“Every time, or almost every time, these are cases that are declared outside of school,” Blanquer told French radio network RTL on Monday, adding that “it is inevitable” for there to be some cases found inside of school “but that remains the minority.”

Last week, some 1.5 million elementary and primary school students — roughly one in every four — returned to class as France gradually emerges from a nationwide lockdown imposed to curb the spread of the novel coronavirus. Blanquer noted that 70% of all students in the country continue to take classes at home, not at school. The French government is allowing parents to keep children at home amid fears prompted by the virus outbreak.

The newly-detected cases in schools come as health officials identified a number of new clusters across the country, including 34 employees who tested positive for the virus at a slaughterhouse in Fleury-les-Aubrais, a commune in the Loiret department of north-central France.

France is one of the worst-affected nations in Europe amid the coronavirus pandemic, with more than 179,000 diagnosed cases of COVID-19 and over 28,000 deaths, according to a count kept by Johns Hopkins University.

The Chinese city of Wuhan, ground zero of the coronavirus pandemic, conducted 222,675 nucleic acid tests on Saturday, nearly doubling from the previous day, according to the local health authority.

Last week, the Wuhan Municipal Health Commission announced a citywide campaign to test the entire population of 11 million residents for COVID-19 in an effort to search for asymptomatic carriers of the virus, after a cluster of new cases emerged for the first time since the city had lifted its strict lockdown on April 8.

The number of tests conducted daily has increased from 113,609 last Friday and from 72,791 last Thursday. No confirmed cases of COVID-19 with symptoms were found during this testing period; however, 28 new asymptomatic carriers were identified, according to daily reports published by the Wuhan Municipal Health Commission.

Although recommended, participation in the testing campaign is voluntary. Residents who were previously tested do not need to take part. It is not recommended to test children under the age of 6, according to the Wuhan Municipal Health Commission’s website.

At least 13 U.S. Navy sailors who were previously asymptomatic with COVID-19 have tested positive again after returning to the USS Theodore Roosevelt, a defense official told ABC News.

Navy officials aren’t sure what’s going on as the sailors had all cleared the protocols to reboard the coronavirus-stricken ship — completing a 14-day quarantine and testing negative for the virus twice over the following four days. The sailors weren’t working together so it appears they didn’t infect each other aboard the ship, according to the defense official.

It’s possible the tests are picking up remnants of the novel coronavirus in the sailors. But after being asymptomatic for almost three weeks, all 13 sailors are experiencing mild body aches and headaches. Those symptoms led to tests that showed they were all positive for COVID-19 a second time, the defense official said.

When the first sailor described having the body aches and headaches, Navy medical teams urged previously positive and asymptomatic sailors to step forward if they were experiencing the same symptoms. Those who said they had the symptoms all tested positive for the virus again, according to the defense official.

The mystery comes as more than 2,900 sailors have returned to the USS Theodore Roosevelt to prepare for its eventual departure from Guam. The 97,000-ton aircraft carrier was forced to dock at the strategic naval base on the U.S. island territory on March 27 due to a COVID-19 outbreak among the roughly 5,000 crew members.

At least 940 sailors had tested positive and were immediately placed in isolation while the more than 4,000 who tested negative were quarantined in hotels and other facilities ashore. Some 700 sailors remained on board to deep clean the ship and run essential services before beginning their isolation period as crew members who were deemed virus-free took over, according to a press release in late April from the U.S. 7th Fleet.

The Navy announced on Sunday night that the USS Theodore Roosevelt will now begin a “fast cruise” pier-side in Guam to simulate the ship’s operations at sea ahead of its departure, which appears to be imminent.

Another defense official had told ABC News last week that one plan under consideration is to set sail without the full crew on board while still having the right number for all of the essential tasks.

“After safely completing fast cruise, Theodore Roosevelt and its crew will be one step closer to going to sea to conduct carrier qualification flights for Carrier Air Wing 11,” the 7th Fleet said in a press release on Sunday. “The remainder of the crew will return to the ship following the air wing integration.” 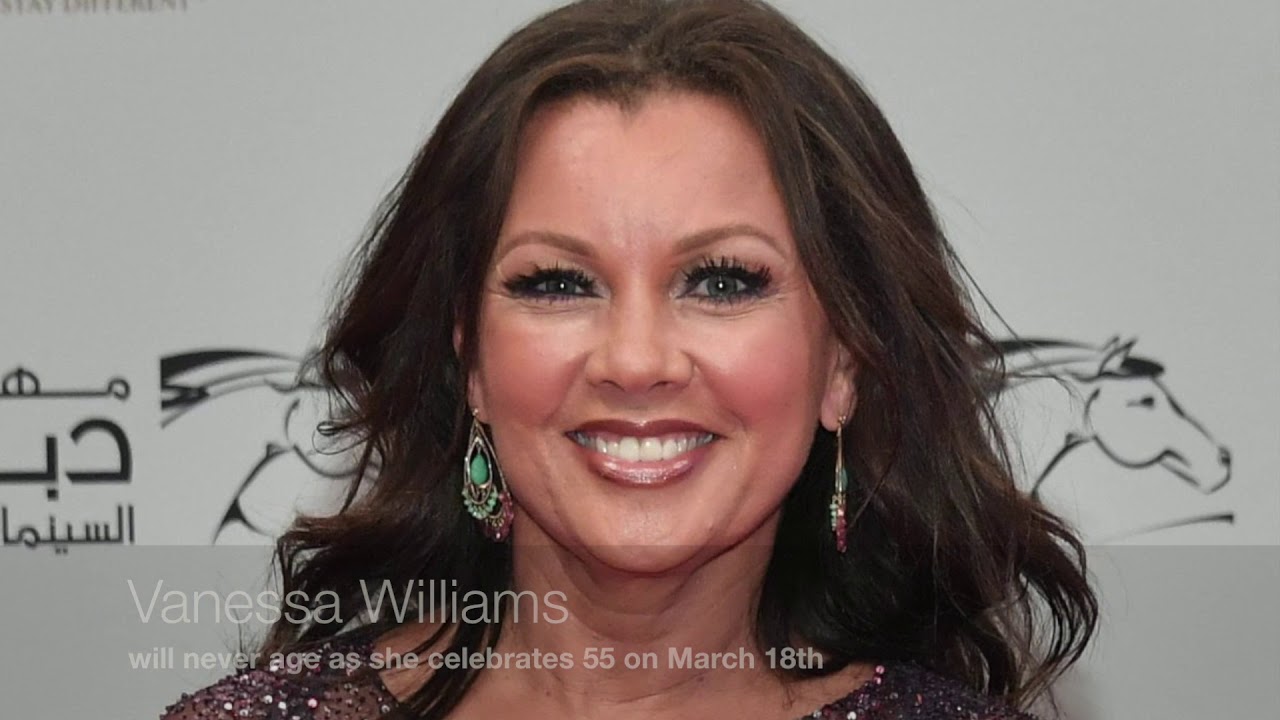