Coronavirus updates: If Oxford’s vaccine works, UK will get it first – National News

More than 4.6 million people across the globe have been diagnosed with COVID-19, the disease caused by the new respiratory virus, according to data compiled by the Center for Systems Science and Engineering at Johns Hopkins University. The actual numbers are believed to be much higher due to testing shortages, many unreported cases and suspicions that some governments are hiding the scope of their nations’ outbreaks.

The United States is the worst-affected country, with more than 1.4 million diagnosed cases and at least 89,023 deaths.

Here’s how the news developed on Saturday. All times Eastern.

Oxford has signed a global licensing agreement with U.K.-based pharmaceutical company AstraZeneca to deliver 100 million doses of Oxford’s potential vaccine; the company will work to make up to 30 million of those doses available for the U.K. by September as part of the deal, according to Business Secretary Alok Sharma.

“This deal with AstraZeneca means that if the Oxford University vaccine works, people in the U.K. will get the first access to it, helping to protect thousands of lives,” Sharma said in a statement.

Researchers at Oxford and Imperial College of London will also receive 84 million pounds (about $101 million) in government funding toward developing a vaccine, Sharma announced.

To urge those eligible to get the COVID-19 swab test — often described as unpleasant — the governor demonstrated getting one live during his daily coronavirus briefing.

“This test is not an invasive test. There’s no pain to this test,” Cuomo said before the test. “This is nothing about this test that should intimidate people from not taking this test. It’s fast and easy, and so fast and so easy that even the governor can take this test. That’s how fast and easy it is.”

A doctor wearing personal protective equipment then collected a sample from the governor using a deep nasal swab.

“That is the whole test. I’m not in pain and discomfort,” Cuomo said after the seconds-long test was administered. “There’s no reason why you should not get the test. You don’t even have to be New York tough to take that test.”

New York state has more than 700 testing sites and is performing up to 40,000 tests a day, Cuomo said. The state also has formed a partnership with CVS, the governor announced Sunday; more than 60 CVS pharmacies across the state will be able to do 50 or more tests a day.

New Yorkers eligible for the diagnostic test include anyone with COVID-19 symptoms, those who have had contact with someone with a confirmed case, a person in a precautionary or mandatory quarantine, health care workers, first responders, nursing home employees and essential workers. Additionally, those who are returning to work during Phase 1 of the state’s reopening, such as construction or manufacturing workers, are now also eligible, the governor announced.

There are now 137 cases of children with Pediatric Multi-System Inflammatory Syndrome Associated with COVID-19 in New York City, Mayor Bill de Blasio announced during his daily press briefing on Sunday.

Of those cases, 66 have tested positive for the coronavirus or antibodies were detected. There has been one death from the illness.

De Blasio implored parents that if they see their child exhibit any of the symptoms of the syndrome, including persistent fever, rash, abdominal pain and vomiting, to immediately call their health care provider.

Overall, the number of daily hospitalizations has remained flat since May 14, while ICU admissions and the percentage of people who tested positive for coronavirus were both down, de Blasio said. There were 469 ICU admissions, down from 506 on May 14; and 11% of people tested were positive, down from 13%.

Meanwhile, beaches will remain closed Memorial Day weekend but de Blasio did not rule out the possibility that they will be open later in the summer.

“It’s still not safe,” the mayor said, adding that walking on the beach is permitted but if officials start to see people congregating and are going against recommendations, they will take further measures.

De Blasio also implored New Yorkers to give blood as the supply in the city has gotten low due to a lack of blood drives because of coronavirus-related social distancing.

The New York Blood Center, which helps supply additional blood to area hospitals, is down to a two-day supply of blood.

“We need to make a comeback quickly,” de Blasio said.

Hospitals have their own emergency blood supplies but unless they receive additional blood, some surgeries cannot move forward, the mayor said.

For the first time since March 16, Spain’s one-day death toll from the novel coronavirus dropped below 100.

Spain reported 87 new deaths on Sunday, bringing the total deaths in the country from the pandemic to 27,650.

Spain has had 231,350 confirmed COVID-19 cases, which is the fifth most cases globally after the U.S., Russia, the U.K. and Brazil, according to data from Johns Hopkins.

Fernando Simon, chief of emergency response, said the rate of transmission is low, “which makes us think that we are in a favorable situation,” but that a second wave is possible.

In an interview on Fox News Saturday night, Eric Trump baselessly accused Democrats and Joe Biden’s campaign of trying to use the coronavirus to hurt his father, President Donald Trump, politically by “taking away” his campaign rallies.

Speaking on “Justice with Judge Jeanine,” Eric Trump tossed a number of confusing and wild accusations about Democrats, Biden, and the coronavirus pandemic — appearing to claim that lockdowns around the country were part of a Democratic/Biden manufactured conspiracy to stop the president’s campaign rallies and hurt his political prospects, despite the virus death toll now approaching 90,000 in the United States.

The president’s son accused Democrats of wanting to “milk [the coronavirus] for everything they can” and seemed to imply that Democrats and the media were blowing the pandemic out of proportion to hurt the president, saying that after Election Day the “coronavirus will magically all of a sudden go away and disappear and everybody will be able to reopen.”

Asked how the virus has impacted President Trump politically, Eric Trump blamed Democrats for rallies being put on hold, which he called “Donald Trump’s greatest tool”:

“Biden can’t go on stage without making some horrible blunder. I mean even from his basement he’s making awful gaffes every single day, so, his campaign is thrilled that he’s not going out there. And they think they’re taking away Donald Trump’s greatest tool, which is being able to go into an arena and fill it with 50,000 people every single time,” Eric Trump said. “So they will and you watch they’ll milk it every single day between now and November 3, and, guess what, after November 3rd, coronavirus will magically all of a sudden go away and disappear and everybody will be able to reopen.”

“They’re trying to deprive him of his, his greatest asset, which is the fact that the American people love him. The fact that he’s relatable. The fact that he can go out there and draw massive crowds. Joe Biden can’t get 10 people in a room, my father’s getting 50,000 in a room and they want to do everything they can to stop it. So make no mistake, to a lot of them… a lot of them this is a very cognizant strategy that they’re trying to employ. It’s no different than again the nonsense that they’re trying to throw in the Hope Act,” he continued. “It’s no different than the mail-in voting that they want to do all these places. It is no different than wanting illegal immigrants to vote in our country. It is a cognizant strategy. And it’s sad and again it’s not going to be allowed to happen we’re going to win November.”

Eric Trump claimed using the coronavirus is a “cognizant strategy” by Democrats and/or Joe Biden and implied they played some role in “taking away Donald Trump’s greatest tool” — which is a confusing and baseless accusation given not only was the decision to stop rallies made by the president’s own campaign, it came as many experts said large gatherings like political rallies shouldn’t return until as recent as next year.

Also, he’s echoing comments President Trump made early on as the virus first spread when he called it a Democratic “hoax” given their response to the virus. But, months later, Eric Trump is now implying the response to the virus is some Democratic conspiracy while experts like Dr. Fauci are warning that reopening the country too soon could lead to “needless suffering and death.”

The latest number of coronavirus cases in Texas jumped by 1,801 in a single day, the highest daily rate since the state started tracking data. The number of cases reported now stands at 46,999, according to the latest figures released by Johns Hopkins University.

There are currently 19,093 active cases statewide with 1,791 patients hospitalized — which is an increase of 75 from yesterday.

A total of 678,471 people have been tested out of a statewide population of around 29 million people.

The state of Texas has also reported 1,305 fatalities — an increase of 33 but down from the two day high of 58 and 56 the previous two days.

A federal judge issued an order on Saturday that allows North Carolina religious leaders to reopen their doors to their congregations in spite of the governor’s warning that they risk spreading coronavirus.

A hearing is scheduled May 29 on whether the order will become permanent.

The order prevents Cooper from taking enforcement actions against religious worshipers but also states they should observe recommendations for social distancing and reduce transmission of the virus when possible.

Governor Cooper’s spokesperson issued the following statement in response to the order.

“We don’t want indoor meetings to become hotspots for the virus and our health experts continue to warn that large groups sitting inside for long periods of time are much more likely to cause the spread of COVID-19. While our office disagrees with the decision, we will not appeal, but instead urge houses of worship and their leaders to voluntarily follow public health guidance to keep their members safe.”

Martin Shkreli, the former pharmaceutical executive imprisoned for fraud and most infamous for hiking the price of a lifesaving drug, was rejected for release due to COVID-19.

Shkreli, 37, had argued for release in part because of his work in bio pharmaceuticals, which he said could benefit the public. If allowed to research coronavirus, Shkreli said he could bring a cure to market.

The judge flatly rejected the claim.

“The court does not find that releasing Mr. Shkreli will protect the public, even though Mr. Shkreli seeks to leverage his experience with pharmaceuticals to help develop a cure for COVID-19 that he would purportedly provide at no cost,” U.S. District Judge for the Eastern District of New York Kiyo A. Matsumoto wrote. 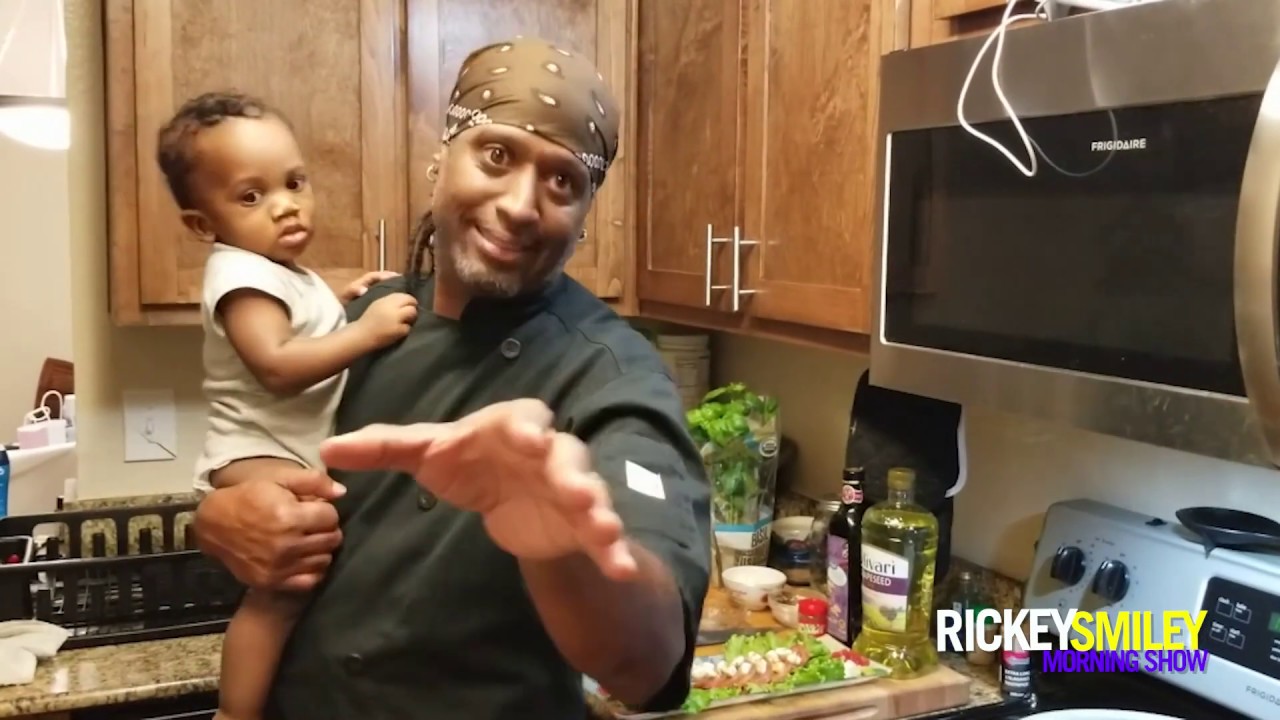 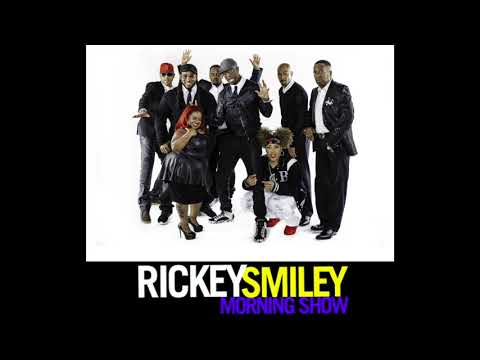