(NEW YORK) — A pandemic of the novel coronavirus has now killed more than 345,000 people worldwide.

Over 5.4 million people across the globe have been diagnosed with COVID-19, the disease caused by the new respiratory virus, according to data compiled by the Center for Systems Science and Engineering at Johns Hopkins University. The actual numbers are believed to be much higher due to testing shortages, many unreported cases and suspicions that some governments are hiding the scope of their nations’ outbreaks.

Since the first cases were detected in China in December, the United States has become the worst-affected country, with more than 1.6 million diagnosed cases and at least 97,722 deaths.

People must wear face masks when using public transportation and taxis in South Korea starting Tuesday, as part of efforts to slow the spread of the novel coronavirus while public activities are increased.

South Korean health ministry official Yoon Taeho said masks will also be required on all domestic and international flights from Wednesday. Meanwhile, starting in June, owners of “high-risk” facilities such as bars, gyms and concert halls will be required to register customers at the door using smartphone QR codes to aid contact tracing when infections occur.

“Until treatments and vaccines are developed,” we will never know when the COVID-19 crisis could end, and until then we will have to learn how to live with COVID-19,” Yoon told reporters Monday.

South Korea once had the largest novel coronavirus outbreak outside China, where the virus first emerged, but appears to have brought it largely under control with an extensive “trace, test and treat” strategy. A total of 11,206 people in the country have been diagnosed with COVID-19, of which 10,226 have recovered and 267 have died, according to South Korea’s Centers for Disease Control and Prevention.

Earlier this month, South Korea returned to a sense of normalcy as the nation eased its strict social-distancing measures that were put in place to curb the spread of the virus. The number of new cases reported in the country has generally stayed low, but health authorities remain wary of cluster infections and imported cases. More than 200 cases were recently linked to reopened bars, nightclubs and other entertainment venues in Seoul, the densely populated capital.

Russia’s coronavirus response headquarters also recorded 92 coronavirus-related deaths over the past 24 hours, placing the nationwide toll at 3,633, which is considerably lower than many other countries hit hard by the pandemic.

The daily rise in deaths has declined by a third after a record high of 153 reported on Sunday. Meanwhile, the latest daily caseload is down from a peak of 11,656 new infections reported on May 11, during which Russia registered over 10,000 new cases per day over a 12-day period. Since then, the daily number of new infections has hovered around 9,000 per day.

5:31 a.m.: Japan lifts state of emergency in Tokyo and other remaining areas

Japanese Prime Minister Shinzo Abe lifted the state of emergency in Tokyo and four other remaining areas on Monday, bringing an end to the restrictions nationwide.

A government-commissioned panel of experts approved the move in the prefectures of Tokyo, Saitama, Kanagawa, Hokkaido and Chiba, all of which had remained under the emergency declaration after it was lifted for most of Japan earlier this month.

The prime minister first declared a month-long state of emergency for Tokyo and six other prefectures on April 7, as Japan reported a surge in COVID-19 cases. He later expanded the declaration to cover the entire country and last until May 31. Under the order, prefectural governors asked residents to stay home and for some businesses to temporarily close, but public cooperation was voluntary. There were no penalties for failure to comply.

On May 13, Abe ended the state of emergency in 39 of the country’s 47 prefectures. The decree remained in place for urban regions, including the capital, Tokyo, and the large port city of Osaka.

Abe lifted the state of emergency in Osaka as well as Kyoto and Hyogo on May 21, following a drop in the number of new cases reported each day. Chiba, Hokkaido, Kanagawa, Saitama and Tokyo all remained under restrictions until now.

The prime minister has credited the recent decline in new infections to the efforts of residents staying at home and practicing social distancing. He warned, however, that the state of emergency may have to be reimposed if infections increase.

More than 16,500 people in Japan have been diagnosed with COVID-19 and at least 820 have died, according to a count kept by Johns Hopkins University.

More than 20,600 people in the United States were diagnosed with COVID-19 on Sunday, according to a count kept by Johns Hopkins University.

The country also reported over 600 new deaths from the disease on the same day.

The United States is, by far, the hardest-hit country in the coronavirus pandemic.

Authorities in Houston said they have received hundreds of social distancing complaints over Memorial Day weekend amid the coronavirus pandemic.

Texas Gov. Greg Abbott’s executive order allows bars to reopen at 25% of their normal capacity and restaurants at 50%. However, Houston Fire Chief Samuel Pena said via Twitter on Sunday afternoon that his department had addressed around 300 complaints of violation to the governor’s rules since Friday, adding that “admittance beyond approved capacity will cause events to be stopped until condition is corrected.”

Houston Mayor Sylvester Turner announced 115 new confirmed cases of COVID-19 with one additional death in the city on Sunday, bringing the total to 6,640 cases with 126 deaths.

Turner also said he saw photos and videos of people flouting the social distancing rules at crowded bars and packed pool parties over the holiday weekend. The mayor pleaded with businesses and customers to “be responsible,” noting that their behavior puts first responders at risk, too.

“We don’t want to be heavy handed,” Turner said at a press conference Sunday. “If you work with us, nobody gets closed down.” 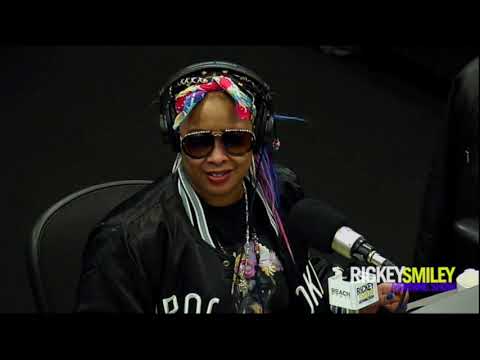