(NEW YORK) — A pandemic of the novel coronavirus has now killed more than 373,000 people worldwide.

Over 6.1 million people across the globe have been diagnosed with COVID-19, the disease caused by the new respiratory virus, according to data compiled by the Center for Systems Science and Engineering at Johns Hopkins University. The actual numbers are believed to be much higher due to testing shortages, many unreported cases and suspicions that some governments are hiding the scope of their nations’ outbreaks.

Since the first cases were detected in China in December, the United States has become the worst-affected country, with nearly 1.8 million diagnosed cases and at least 104,584 deaths.

The MTA started installing hand sanitizers at some subway stations on Monday as the transit system prepares for the planned June 8 phased reopening of New York City.

“Starting today you might notice hand sanitizer dispensers at some stations — we’re testing different types so we can find a solution that we can bring systemwide,” the New York City Transit subway service’s Twitter account said. “We’re making sure they’re sturdy enough, hold enough hand sanitizer, and function properly. Keep an eye out.”

Starting today you might notice hand sanitizer dispensers at some stations—we’re testing different types so we can find a solution that we can bring systemwide. We’re making sure they’re sturdy enough, hold enough hand sanitizer, and function properly. Keep an eye out. pic.twitter.com/r1jntEbtfi

“We’ve been planning for this reopening since the beginning so for many weeks,” Feinberg said. “First thing is cleaning and disinfecting the system. We now do the station twice a day and the fleet of rail cars multiples times a day.”

Masks are required to ride, “but we will have masks on hand for those who forget their masks at home at least for the first few days,” she said.

Feinberg said she disagrees with the CDC’s recommendation that workers should avoid mass transit, like the MTA.

“It just doesn’t work in New York City. If people in NYC decide not to use mass transit no one is getting anywhere,” she said. “It’s not going to work.”

New York Gov. Andrew Cuomo said Monday that at least 54 people in the state had died from COVID-19 in the last 24 hours.

It’s the seventh straight day with under 75 fatalities.

“That number is dramatically different than what we were looking at for many, many weeks,” Cuomo said at Monday’s press briefing.

Hospitalizations and intubations in the state are also on the decline, which the governor said is “really good news.”

Cuomo said the Western New York region, which includes the cities of Buffalo, Rochester, Niagara Falls, Jamestown and the neighboring suburbs, is on track to move to the second phase of reopening on Tuesday, noting that the data so far “looks very good.” A decision will be announced later Monday.

He said he also expects the Capital District, the metropolitan area surrounding the state capital, Albany, to enter phase two on Wednesday.

10:15 a.m.: Fauci says his meetings with Trump ‘have been dramatically decreased’

Dr. Anthony Fauci, the nation’s top medical expert on the coronavirus pandemic and a key member of the White House coronavirus task force, said his meetings with President Donald Trump “have been dramatically decreased” in recent days.

In a new interview with Stat, an American health-oriented news website, Fauci said the task force used to hold meetings every single day, even on the weekends, and would usually meet with the president afterwards.

“But as you probably noticed, that the task force meetings have not occurred as often lately,” he told Stat. “And certainly my meetings with the president have been dramatically decreased.”

Fauci, who is the director of the National Institute of Allergy and Infectious Diseases, made the comment when Stat asked whether the president talks to him often about vaccine development, to which Fauci replied, “No.”

He also told Stat that idea of having a COVID-19 vaccine by the end of the year is “aspirational, but it’s certainly doable.”

France will enter its second phase of easing coronavirus restrictions on Tuesday after two months of lockdown.

Cafes and restaurants will be allowed to reopen in the country’s so-called green zones, areas where the novel coronavirus is deemed least actively circulating. Parks, gardens and restaurants terraces only will reopen in Paris, now an orange zone, as inside dining rooms must remain closed. France no longer has any red zones, which denoted areas where the virus was actively circulating.

Paris Mayor Anne Hidalgo has released a list of streets that can be closed to traffic to allow bars, cafes and restaurants to expand their seating outdoors.

“In this crisis, Paris needs to support its restaurants and bars,” Hidalgo told French daily newspaper Le Parisien on Sunday. “They are the heart of our city.”

The Louvre museum is set to reopen in Paris on July 6.

France began the initial easing of lockdown measures on May 11. The European nation has reported more than 189,000 diagnosed cases of COVID-19 with at least 28,805 deaths, according to a count kept by Johns Hopkins University.

Russia’s coronavirus headquarters said Monday it had registered 9,035 new cases of COVID-19 and 162 deaths in the past 24 hours.

It’s the second straight day that the country has reported more than 9,000 new infections during the coronavirus pandemic. The latest daily caseload is still down from a peak of 11,656 new infections reported on May 11, during which Russia registered over 10,000 new cases per day over a 12-day period.

Nearly 2,300 of the new cases reported Monday were in Moscow, the hardest-hit city in the nation’s outbreak. The Russian capital has accounted for about half of all coronavirus infections in the country.

Nevertheless, parks, shopping malls and small businesses such as dry cleaners and repair shops reopened in Moscow on Monday after two months of lockdown. The relaxed restrictions follow Russian President Vladimir Putin’s announcement that the country’s epidemic had passed its peak. Cafes, cinemas and restaurants will remain closed in the capital for now, and mass gatherings won’t be allowed through June 14 when the citywide quarantine is set to expire.

Russia has conducted 10.9 million tests for COVID-19, including 279,000 in the last 24 hours, according to the country’s public health watchdog Rospotrebnadzor.

With more than 414,000 diagnosed cases of COVID-19, Russia has the third-largest total in the world, behind Brazil and the United States, according to a count kept by Johns Hopkins University.

Armenian Prime Minsiter Nikol Pashinyan revealed Monday that he has tested positive for the novel coronavirus.

“I didn’t have any symptoms,” Pashinyan said in a live video on Facebook. “I decided to take a test as I was planning to visit the front line.”

The prime minister said his entire family has also been infected.

Armenia, which has a population of around three million, has reported more than 9,400 diagnosed cases of COVID-19 with at least 139 deaths, according to a count kept by Johns Hopkins University.

Sweden has reported zero coronavirus-related deaths in the past 24 hours for the first time since March 13.

Just last week, the Scandinavian nation reported the highest number of COVID-19 deaths in Europe per capita over a seven-day period.

Sweden has drawn both international praise and criticism by choosing to stay open during the coronavirus pandemic rather than instituting a policy of lockdown.

More than 37,000 people in Sweden have been diagnosed with COVID-19 and at least 4,395 have died, according to a count kept by Johns Hopkins University.

India reported a record spike in coronavirus infections on Monday, as the government eases lockdown restrictions across much of the country.

The Indian Ministry of Health and Family Welfare registered 8,392 new cases of COVID-19 over the past 24 hours — the largest amount the country has identified in a single day since the start of the coronavirus pandemic. That brings India’s tally of diagnosed cases to 190,535, which is the seventh most worldwide, surpassing Germany and France.

There were also 230 coronavirus-related deaths registered in the last 24 hours, bringing its toll to 5,395. More than 60% of the fatalities have occurred in just two of India’s states — Maharashtra, the country’s financial hub and second-most populous state, and Gujarat, the home state of Indian Prime Minister Narendra Modi.

Although coronavirus infections are increasing rapidly in India, the country began its three-phase reopening on Monday as the nationwide lockdown became unbearable for millions of daily wage earners who had no means of income under the restrictions. The lockdown was lifted in most places except for the containment zones, which are now isolated.

3:52 a.m.: US sends two million doses of hydroxychloroquine to Brazil

The United States has sent to Brazil more than two million doses of an antimalarial drug touted by President Donald Trump as a possible “game changer” treatment for COVID-19, even though there’s no evidence the medication is safe or effective for preventing or treating the disease.

In a joint statement released Sunday with the Brazilian government, the White House said the doses of hydroxychloroquine had been sent “as a prophylactic to help defend Brazil’s nurses, doctors, and healthcare professionals against the virus.”

“It will also be used as a therapeutic to treat Brazilians who become infected,” the statement added.

The United States and Brazil are launching a joint research effort that will include randomized controlled clinical trials to “help further evaluate the safety and efficacy” of hydroxychloroquine for both the prevention and early treatment of COVID-19, according to the statement.

Last month, Trump announced that he was taking daily doses of hydroxychloroquine as a safeguard against contracting the novel coronavirus after two White House staffers tested positive. Brazilian President Jair Bolsonaro, a close ally of Trump, has also been promoting the drug as a treatment for COVID-19.

So far, no large scientific studies have backed up using the drug for protecting against and treating COVID-19. Moreover, one recent study of more than 96,000 coronavirus patients in hospitals around the world found that those who were treated with chloroquine or its analogue hydroxychloroquine had a considerably higher risk of death than those who did not receive the antimalarial drugs. The findings, published last Friday in The Lancet medical journal, prompted the World Health Organization to halt global trials of hydroxychloroquine to treat COVID-19.

Last week, Trump suspended travel to the United States from Brazil as the South American country emerged as a new hotspot in the coronavirus pandemic. The new rule does not affect trade between the two nations.

As Latin America’s hardest-hit country, Brazil now has one of the highest number of diagnosed cases of COVID-19 in the world, second only to the United States.

The White House said it will also soon be sending 1,000 ventilators to Brazil.

Man Arrested For Lying To Boss About Contracting Coronavirus 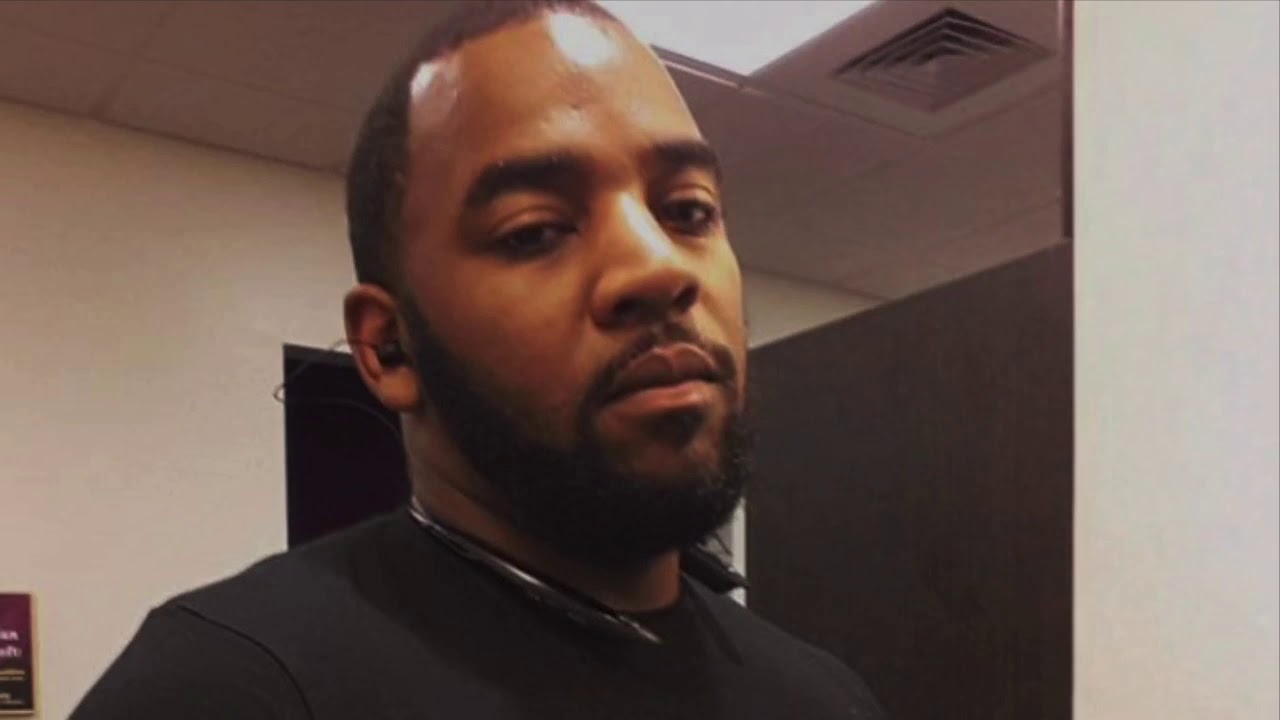 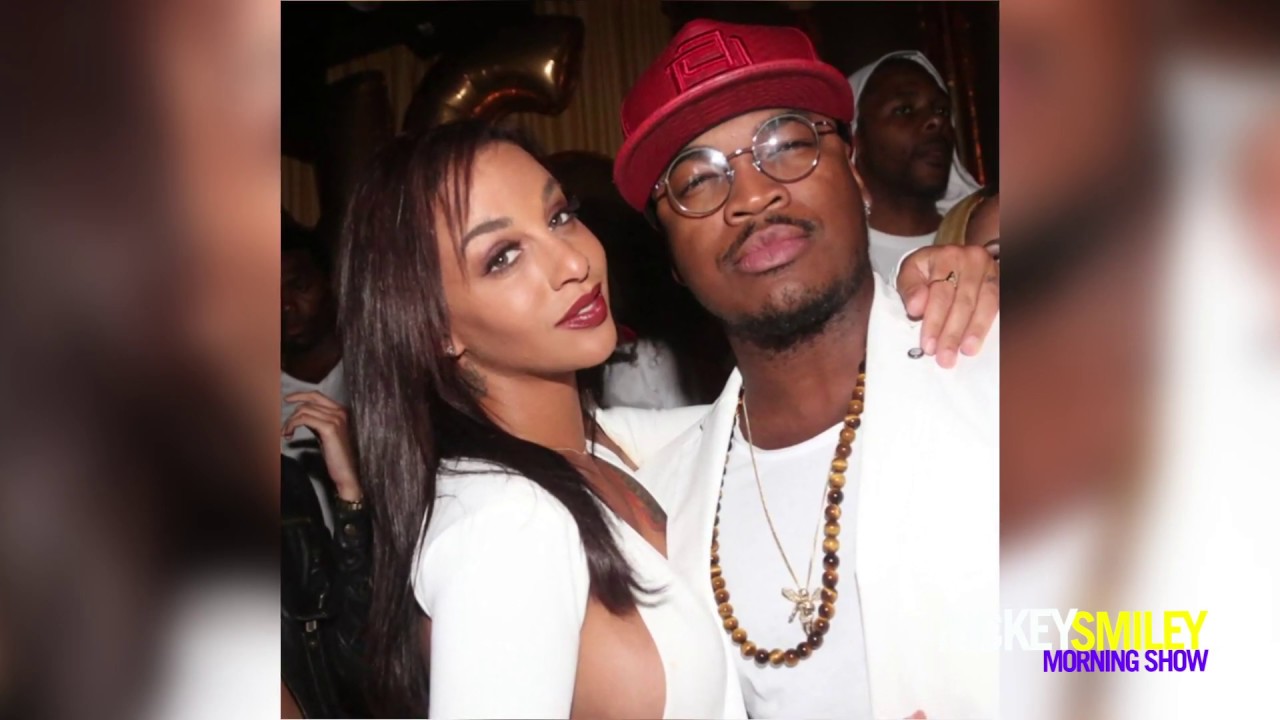