(NEW YORK) — A pandemic of the novel coronavirus has now killed more than 1.2 million people worldwide.

Over 50.4 million people across the globe have been diagnosed with COVID-19, the disease caused by the new respiratory virus, according to data compiled by the Center for Systems Science and Engineering at Johns Hopkins University. The actual numbers are believed to be much higher due to testing shortages, many unreported cases and suspicions that some national governments are hiding or downplaying the scope of their outbreaks. The criteria for diagnosis — through clinical means or a lab test — has also varied from country to country.

Since the first cases were detected in China in December, the virus has rapidly spread to every continent except Antarctica. The United States is the worst-affected nation, with more than 9.9 million diagnosed cases and at least 237,574 deaths.

U.S. Secretary of Housing and Urban Development Ben Carson tested positive for COVID-19 on Monday morning after experiencing symptoms that prompted him to get tested.

“Secretary Carson has tested positive for the coronavirus,” Carson’s chief of staff, Coalter Baker, told ABC News in a statement. “He is in good spirits and feels fortunate to have access to effective therapeutics which aid and markedly speed his recovery.”

Carson was tested at the Walter Reed Army Medical Center in Bethesda, Maryland. It was a short visit and he is no longer at the hospital.

Carson was at the White House for the Trump campaign’s election night watch party on Tuesday — an event that was also attended by White House chief of staff Mark Meadows, who also tested positive for COVID-19 last week.

Ukrainian President Volodymyr Zelensky announced Monday that he has tested positive for COVID-19.

“There are no lucky people for whom #COVID19 does not pose a threat. Despite all the quarantine measures, I received a positive test,” Zelensky wrote on his official Twitter account.

The former comedian-turned-president noted that he feels “good” and takes “a lot of vitamins.”

“Promise to isolate myself, but keep working,” he added. “I will overcome COVID19 as most people do. It’s gonna be fine!”

Wales emerged from its 17-day “firebreak” lockdown on Monday, with pubs, gyms, hair salons, restaurants and schools allowed to reopen.

But as the lockdown restrictions ended, new ones went into effect. People cannot travel in or out of the country, including to neighboring England, without a “reasonable excuse.” Two households can again join together to form a bubble and meet up inside their homes. People can meet in groups of four inside cafes, bars, pubs and restaurants, which can serve alcohol until 10 p.m.

Businesses that were forced to shutter during lockdown can now reopen, while supermarkets can again sell non-essential goods. People are still required to work from home whenever possible.

Wales’ First Minister Mark Drakeford called on people to be “careful and cautious.”

“The fact that you can travel is not an invitation to travel and it’s certainly not an instruction to travel,” Drakeford said at a press conference Monday.

Drakeford said it’s still too early to know whether the “firebreak” was a success but there were “tentative positive signs,” including a plateauing case rate.

“We cannot go back to the way we were living our lives and throw away all that hard work,” he added.

Nov 09, 9:10 am
Portugal returns to state of emergency amid rising infections

Portugal began a 15-day state of emergency on Monday, with curfews imposed in the areas hit hardest by coronavirus pandemic.

Portuguese President Marcelo Rebelo de Sousa announced on Friday that the country would return to a state of emergency, which grants authorities special powers such as the restriction of movement. The decree can be extended indefinitely in 15-day periods. A state of emergency was in effect in Portugal earlier this year at the beginning of the pandemic.

The move comes as the southern European country of over 10 million people grapples with a rising number of COVID-19 cases and hospitalizations. Although Portugal has reported relatively low numbers compared with other countries in Europe — over 179,324 total cases with 2,896 deaths — daily infections hit an all-time high of 6,640 over the weekend.

In a promising development, an initial glimpse at the data from Pfizer’s ongoing late-stage clinical trial shows that the American pharmaceutical giant’s COVID-19 vaccine is more effective at preventing the disease than placebo.

A press release from Pfizer early Monday morning said the vaccine, being co-developed with Germany’s BioNTech, was “found to be more than 90% effective in preventing COVID-19” according to an early analysis that included 94 confirmed cases of COVID-19 in trial participants.

“With today’s news, we are a significant step closer to providing people around the world with a much-needed breakthrough to help bring an end to this global health crisis,” Dr. Albert Bourla, Pfizer chairman and CEO, said in a statement.

More safety data is still necessary before the company will apply for a limited authorization for high-risk individuals (i.e. elderly, health care providers and/or first responders) or the more complete Biologics License Application that grants approval for almost everyone.

Pfizer’s vaccine won’t be rolled out in any mass immunization campaign just yet. First, the company must demonstrate that the vaccine is not just effective but also safe. According to guidelines from the U.S. Food and Drug Administration, that means at least two months of safety data after the last injection in half the volunteers.

The company plans to submit for FDA authorization in the third week of November. From there, it could take the FDA two to four weeks to make an authorization decision after a public hearing and a recommendation from an independent vaccine advisory committee.

According to FDA guidance, companies are permitted to ask for an emergency authorization based on efficacy data from an interim analysis, plus at least two months of safety data.

This could make Pfizer the first company to have a vaccine available in the United States if given the green light by the FDA. Other companies, like Moderna, are not far behind.

Operation Warp Speed chief advisor Dr. Moncef Slaoui told ABC News that if everything continues to go according to plan and there are no major scientific or manufacturing delays, most Americans could have access to a vaccine by spring 2021 and possibly be immunized by June.

Nov 09, 6:03 am
Biden and Harris unveil transition COVID-19 advisory board

U.S. President-elect Joe Biden and Vice President-elect Kamala Harris unveiled their transition COVID-19 advisory board on Monday morning, naming the people in charge of making the rubber of the duo’s coronavirus policy hit the road as they prepare to take office in just 72 days.

“Dealing with the coronavirus pandemic is one of the most important battles our administration will face, and I will be informed by science and by experts,” Biden said in a statement announcing the board. “The advisory board will help shape my approach to managing the surge in reported infections; ensuring vaccines are safe, effective, and distributed efficiently, equitably, and free; and protecting at-risk populations.”

In his first address to the nation as president-elect on Saturday night, Biden said one of his first actions would be putting the panel in place — a signal of his primary focus on getting the coronavirus pandemic in check when he takes office in January.

As previously reported, the team will be led by three co-chairs: former Surgeon General Vivek Murthy and former Food and Drug Administration commissioner Dr. David Kessler, along with Dr. Marcella Nunez-Smith, a professor of medicine at Yale University.

In total, 13 co-chairs and members comprise the board, including former director of the Biomedical Advanced Research and Development Authority (BARDA), Dr. Rick Bright, who made headlines earlier this year when he resigned from his role at the National Institute of Health and filed a whistleblower complaint over “an abuse of authority or gross mismanagement” at the U.S. Department of Health and Human Services on the COVID-19 response.

Biden and Harris will receive a briefing from the board on Monday morning, according to their transition team — the first public event for the pair since being projected as the winners of the 2020 election.

The capital city of New Delhi, which is located within the national capital territory and is home to more than 21 million people, is the latest Indian megacity to emerge as an epicenter of the country’s outbreak. The country’s previous epicenter was the financial hub of Mumbai.

Delhi Health Minister Satyendar Jain said Friday that the state government will increase the number of beds for COVID-19 patients in several government-run hospitals, a move which he said “will be paramount in order to successfully combat the third wave.”

Overall, the Indian Ministry of Health and Family Welfare confirmed on Sunday 45,903 new cases of COVID-19 and 490 deaths from the disease, bringing the country’s cumulative total to 8,553,657 cases with 126,611 deaths.

India has one of the highest tallies of diagnosed COVID-19 cases in the world, second only to the United States.

There were 105,927 new cases of COVID-19 identified in the United States on Sunday, according to a real-time count kept by Johns Hopkins University.

An additional 457 fatalities from COVID-19 were also registered nationwide Sunday, almost half the previous day’s count and down from a peak of 2,666 new deaths in mid-April.

A total of 9,972,333 people in the United States have been diagnosed with COVID-19 since the pandemic began, and at least 237,574 of them have died, according to Johns Hopkins. The cases include people from all 50 U.S. states, Washington, D.C. and other U.S. territories as well as repatriated citizens.

By May 20, all U.S. states had begun lifting stay-at-home orders and other restrictions put in place to curb the spread of the novel coronavirus. The day-to-day increase in the country’s cases then hovered around 20,000 for a couple of weeks before shooting back up and crossing 100,000 for the first time on Nov. 4.

Why Is Florida The Worst State For Long-Term Care? 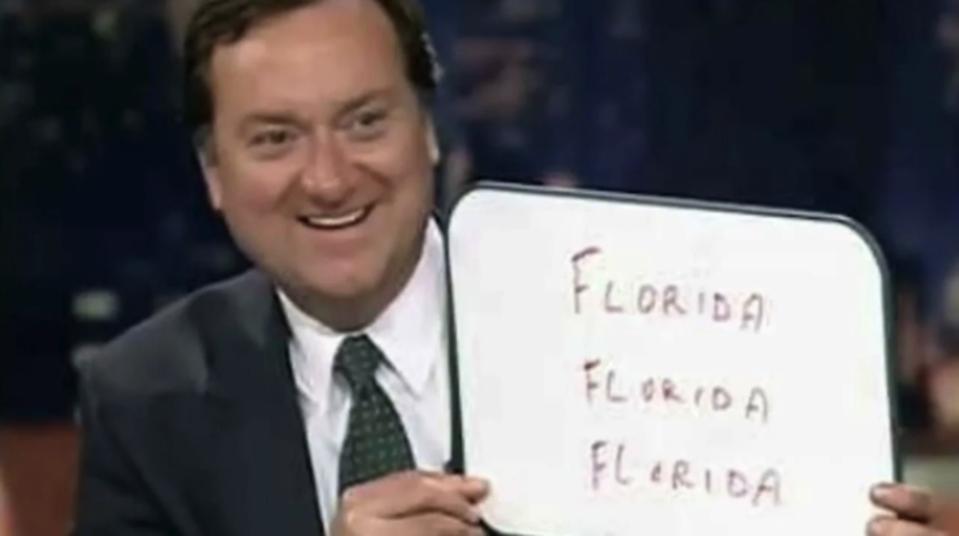