Over 56.3 million people across the globe have been diagnosed with COVID-19, the disease caused by the new respiratory virus, according to data compiled by the Center for Systems Science and Engineering at Johns Hopkins University. The actual numbers are believed to be much higher due to testing shortages, many unreported cases and suspicions that some national governments are hiding or downplaying the scope of their outbreaks. The criteria for diagnosis — through clinical means or a lab test — has also varied from country to country.

The United States is the worst-affected nation, with more than 11.5 million diagnosed cases and at least 250,537 deaths.

The total number of confirmed cases of COVID-19 in Africa has surpassed two million.

As of Thursday morning, the Africa Centers for Disease Control and Prevention has confirmed 2,013,388 cases since the start of the pandemic, including 48,408 deaths. South Africa currently accounts for more than 37% of confirmed cases on the 54-nation continent and over 42% of the deaths.

The true number of COVID-19 infections across Africa is feared to be much higher, as testing and health care access remains a challenge in many areas. Nevertheless, the continent of 1.3 billion people has fared better than other regions amid the pandemic, possibly due swift actions taken early to curb transmission as well as decades of experience with emerging infectious diseases.

According to a weekly epidemiological report released Tuesday by the World Health Organization, the African region saw a 22% increase in new cases over the past seven days compared to the previous week, while death rates remained similar. South Africa, Kenya, Algeria and Ethiopia reported the largest number of new weekly cases in the region.

As the United States mourns the loss of a quarter of a million people to the coronavirus pandemic, the former acting director of the Centers for Disease Control and Prevention warned that the death toll could reach 300,000 by the end of the year.

“It is absolutely mind-numbing to think that we have lost that many people — each individual representing a friend, a family member, someone whose life had value,” Dr. Richard Besser, now the president and CEO of the Robert Wood Johnson Foundation, told ABC News’ Robin Roberts in an interview Thursday on Good Morning America.

“One of the things that’s so true in public health is that it’s much easier for people to grasp the meaning when two or three people die in an accident than it is to truly understand what it means to lose 250,000 people,” he added. “I worry, Robin, that if we don’t change what we’re doing, we’re going to be having a conversation before the end of the year about 300,000 people.”

When pressed on that grim prediction, Besser replied, “We’re losing more than a thousand people a day, and the numbers are rising.”

A COVID-19 patient in the intensive care unit at a Utah hospital brought staff to tears when he played his violin for them to show his appreciation and help lift their spirts.

Grover Wilhelmsen, a retired orchestra teacher, was intubated and unable to talk, but he used pen and paper to communicate with one of the nurses taking care of him at Intermountain Healthcare’s McKay-Dee Hospital in Ogden, Utah.

“Toward the middle of my shift he wrote, ‘You know, I really want to play here at the hospital. What do you think about my wife bringing in my violin and viola?'” Ciara Sase, a registered nurse at McKay-Dee Hospital, said in a press release from Intermountain Healthcare. “I said to him, ‘We’d love to hear you play, it would bring so much brightness and positivity into our environment.'”

Sase and her coworkers talked through the details of Wilhelmsen’s request and, after getting approval from doctors, the team agreed they could manage it as long as Sase stayed in the patient’s room to monitor him while he played.

Wilhelmsen’s wife of 47 years, Diana, brought his violin and viola into the hospital, along with some music books. Wilhelmsen then played church hymns and other songs including the Tennessee Waltz.

Because all ICU rooms have glass doors that are kept closed, Sase turned on her Vocera communication device so her colleagues on the other side could hear Wilhelmsen play.

“About a dozen caregivers gathered to watch and listen in the ICU,” she said. “It brought tears to my eyes. For all the staff to see a patient doing this while intubated was unbelievable.”

Matt Harper, another registered nurse at McKay-Dee Hospital, was one of the staff members who came to listen.

“It was honestly shocking to be there when he picked up the violin. It felt like I was in a dream,” Harper said in the press release. “I’m used to patients being miserable or sedated while being intubated, but Grover made an unfortunate situation into something positive. This was by far one of my favorite memories in the ICU that I’ve had. It was a small light in the darkness of COVID.”

Wilhelmsen played multiple times over the course of two days before he became too ill and required sedation. Sase said she would be in the room with him for about two hours each time he played.

“Afterward, I told him how thankful we were and how much it meant to us,” she said. “Before he took a turn for the worse, he continued to write things to me such as, ‘It’s the very least I could do,’ and ‘I do it for you guys because you all are sacrificing so much to take care of me.'”

After spending more than a month battling COVID-19 at McKay-Dee Hospital, Wilhelmsen was discharged from the ICU to a long-term acute care facility where he’s expected to recover from the disease.

“He truly is special and made a mark on all of us,” Sase said. “When I started to cry in the room after he was done playing, he wrote to me, ‘Quit crying. Just smile,’ and he smiled at me.”

A U.S. Coast Guard vessel on a counter-narcotics patrol was forced to return to its base in California on Wednesday, after 11 crew members tested positive for COVID-19.

The U.S. Coast Guard Cutter Stratton set out from its homeport in Alameda on Oct. 28 to begin a counter-narcotics patrol in the Eastern Pacific. Prior to departure, the crew was required to self-quarantine and test negative for COVID-19 twice, according to a press release from the Coast Guard.

Last week, several crew members began to develop mild COVID-19 symptoms and were administered rapid testing kits on board. All affected personnel and their close contacts were identified and quarantined, according to the press release.

Coast Guard medical staff conducted testing of the ship’s entire crew, who then went into quarantine. The infected crew members are receiving medical care, according to the press release.

“The crew’s health and safety is my highest priority,” Stratton’s commanding officer, Capt. Bob Little, said in a statement Wednesday. “Stratton has a highly resilient crew, always dedicated to the mission. Our mission today is to get healthy so we can continue our service to the nation.”

Russia confirmed 23,610 new cases of COVID-19 in the last 24 hours, the country’s highest single-day tally since the pandemic began. Meanwhile, an all-time high of 463 fatalities from COVID-19 were registered nationwide over the past day, marking the third straight day that Russia set a new record for its daily death toll from the disease, according to the country’s coronavirus response headquarters.

Russia’s cumulative total now stands at 2,015,608 cases, including 34,850 deaths, according to the coronavirus response headquarters. It’s the second country in Europe and the fifth in the world to reach the grim milestone of two million total cases.

The Eastern European nation of 145 million people has the fifth-highest tally of COVID-19 cases in the world, behind only the United States, India, Brazil and France, according to a real-time count kept by Johns Hopkins University.

There were 170,161 new cases of COVID-19 confirmed in the United States on Tuesday, according to a real-time count kept by Johns Hopkins University.

It’s the sixth day in a row that the country has reported over 150,000 newly diagnosed infections. Tuesday’s count is slightly less than the all-time high of 177,224 on Nov. 13.

An additional 1,848 fatalities from COVID-19 were also registered nationwide on Tuesday, the highest since May 7 but still under a peak of 2,609 new deaths on April 15.

A total of 11,529,818 people in the United States have been diagnosed with COVID-19 since the pandemic began, and at least 250,537 of them have died, according to Johns Hopkins. The cases include people from all 50 U.S. states, Washington, D.C. and other U.S. territories as well as repatriated citizens. How To Make A Grilled Chicken Cordon Bleu Sandwich 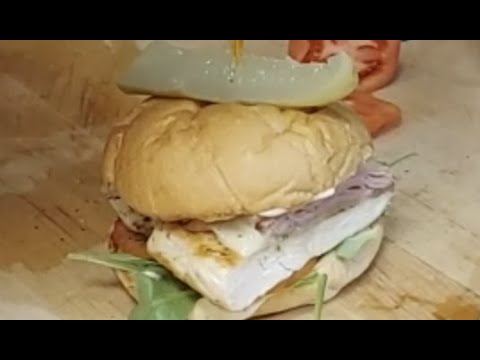