(NEW YORK) — A pandemic of the novel coronavirus has now killed more than 270,000 people worldwide.

Over 3.84 million people across the globe have been diagnosed with COVID-19, the disease caused by the new respiratory virus, according to data compiled by the Center for Systems Science and Engineering at Johns Hopkins University. The actual numbers are believed to be much higher due to testing shortages, many unreported cases and suspicions that some governments are hiding the scope of their nations’ outbreaks.

Since the first cases were detected in China in December, the United States has become the worst-affected country, with more than 1.2 million diagnosed cases and at least 75,781 deaths.

The U.S. Food and Drug Administration has authorized the first diagnostic test that uses saliva collected at home.

The agency announced Friday it issued an emergency use authorization to Rutgers Clinical Genomics Laboratory, which developed a way to test saliva samples that were collected by patients at home.

Patients will collect their own samples and send to the Rutgers laboratory in a sealed package for testing.

The FDA described it as a “designated self-collection kit.”

“This provides an additional option for the easy, safe and convenient collection of samples required for testing without traveling to a doctor’s office, hospital or testing site,” FDA Commissioner Stephen M. Hahn, M.D., said in a statement.

That test is currently the only authorized COVID-19 diagnostic test that uses saliva samples to test for SARS-CoV-2, the strain of coronavirus that causes COVID-19.

The FDA said it was important to note that “this is not a general authorization for at-home collection of patient samples using other collection methods, saliva collection devices, or tests, or for tests fully conducted at home.”

A New Jersey nursing home where 17 bodies were discovered in a makeshift morgue “was not in substantial compliance” with infection control regulations, according to Center for Medicare and Medicaid Services inspection reports.

The reports, which were obtained by ABC News, were completed after federal inspectors surveyed the Andover Subacute And Rehabilitation II facility. Inspectors identified an “immediate jeopardy situation” from April 6 to April 21.

“The facility was not following infection control safety practices and guidance,” the report said.

Staff did not isolate COVID-19 patients, failed to administer medicine and, in one case, did not administer CPR, the report said.

Inspectors said the facility “must establish and maintain an infection prevention and control program designed to provide a safe, sanitary and comfortable environment and to help prevent the development and transmission of communicable diseases and infections.”

A spokesperson for the nursing home was not immediately available to respond to ABC News’ request for comment.

New York City will be able to test 20,000 people per day by the end of May through the new testing and tracing program, according to Mayor Bill de Blasio.

Right now, the city has been testing about 14,000 people per day. De Blasio hopes the number will reach 50,000 in the next few months.

The program, called the Test and Trace Corps, is being formed to hamper the spread of the disease as New York City enters “low-level transmission.”

“This is how we move forward,” de Blasio said.

By early June, there will be 2,500 public health foot soldiers in the program to investigate and monitor cases, as well as trace contacts, according to the mayor, who added that nearly 7,000 people have applied to work in the program.

For those who do test positive and cannot properly isolate, they will be put in one of the 1,200 hotel rooms that de Blasio said would open by June 1.

The program will be run by Dr. Ted Long, who currently serves as vice president of ambulatory care at New York City Health + Hospitals.

De Blasio also said that as the city continues to battle the disease, social distancing will be increased in parks through police intervention.

At Hudson River Park Piers 45 and 46 in Manhattan, the mayor said police will be at the site to limit the capacity of how many people are allowed in. He did not specify how many people would be allowed to enter the park or how police would monitor who enters.

At Domino Park in Williamsburg, Brooklyn, he said there will be an increase in NYPD officers.

The unemployment rate in the United States drastically increased to 14.7% last month, according to data released Friday by the U.S. Bureau of Labor Statistics.

The U.S. economy lost a staggering 20.5 million jobs in April. The report is one of the first snapshots to show the extent of the economic devastation wrought by the COVID-19 pandemic.

As some states across America have begun to reopen, experts are checking for red flags. In some cases, they have seen them.

Tom Bossert, a former homeland security adviser for the Trump administration and an ABC News contributor, said Friday on ABC News’ Good Morning America that more rural communities that have reopened are now experiencing daily increases of COVID-19, the illness caused by the novel coronavirus.

He said if those trends continue and the virus is not contained, those states “could end up with really devastating results in the next 72 days.”

Bossert did not identify any specific states on the upward trend.

He said the focus for reopening should partly be on meat processing plants and nursing homes, both of which have faced rampant spread.

Bossert did offer some good news, saying that the numbers in the U.S. are relatively low when you combine New York totals with other states. New York currently has the highest number of infections in the country

His comments were in direct response to a story from The New York Times, which reported that black people accounted for the majority of those arrested on charges of violating social distancing rules. The data was data provided to the NYT by the New York City Police Department and the Brooklyn district attorney’s office.

Between March 17 through May 4, 40 people were arrested in Brooklyn for social distancing violations, according to the NYT, citing the district attorney’s office. Of those 40 arrested, 35 were black, four were Hispanic and one was white.

Data of citywide arrests, released by police, showed a similar trend: black people made up 68% of at least 120 arrests from March 16 to May 5, while Hispanic people made up 24%.

De Blasio said in a tweet that “the disparity in the numbers does NOT reflect our values.”

“We HAVE TO do better and we WILL,” the mayor wrote.

Brooklyn district attorney, Eric Gonzalez, also responded to the news in a statement to ABC News.

Gonzalez said the “disturbing images of arrests for social distancing throughout our city serve to erode the progress that has been made in enhancing police accountability and strengthening trust in our criminal justice system.”

He said his office is reviewing allegations of excessive force regarding arrests that took place in Brooklyn and will investigate to determine whether disciplinary recommendations or criminal charges are warranted.

While Gonzalez said that all New Yorkers should follow the social distancing rules, which is to stay 6 feet apart from others, he also said that enforcing those rules should consist of “distributing masks, gloves, sanitizers and other measures to prevent the spread of the virus.” ⠀

“Any arrest under these circumstances should always be the last resort. Simply stated, we cannot police ourselves out of this pandemic,” Gonzalez said. “Instead, we need to give people the knowledge and ability to keep safe.”

A drug maker has been given the green light by the Food and Drug Administration to move to phase 2 of its coronavirus vaccine trial.

Moderna’s chief medical officer Dr. Tal Zaks told ABC News that the next phase would begin dosing “very shortly,” which he said means in a matter of weeks. This puts the company on track to launch Phase 3 this summer.

“I only have two competitors, the virus and the clock,” Zaks said, speaking with ABC News remotely from his home in Massachusetts.

Moderna is leading one of at least three U.S. vaccine trials on humans.

“We need to bring forward, every potential vaccine that has the opportunity to help because time is of the essence,” Zaks said.

The company has not released results from its pre-clinical or phase 1 trials. Zaks says it’s still premature to disclose that information, but said their experience to date is what gives him confidence they’re on the right path.

Zaks said they envision being able to produce up to a billion doses a year. But he cautions, “it’s not going to be a black and white moment that says okay now everybody can take it.” He expects government agencies “to step up and help us make sure that it is first available to those who need it.”

After more than two months into the coronavirus pandemic, the Transportation Security Administration announced all employees must wear “facial protection” at screening checkpoints.

The agency said the practice “will be implemented over the coming days.”

“TSA is making this change to protect our employees and travelers as social distancing cannot always be maintained in the screening process,” TSA Administrator David Pekoske said in a statement Thursday.

In mid-March, the union representing TSA officers requested the agency provide surgical masks to employees and allow officers to wear N95 respirators. It took two weeks for the agency to do both. Currently, TSA is providing employees with N95s, eye protection and installing plexiglass at the travel document checker in some airports.

Multiple airports have already mandated that all employees and passengers must wear face coverings.

This comes as the number of air travelers continues to tick up and after all major U.S. airlines announced they would require both passengers and crew to wear face coverings.

TSA has had 534 federal employees test positive for COVID-19. As of Thursday morning, 285 of those employees have recovered, and six have died after contracting the virus. 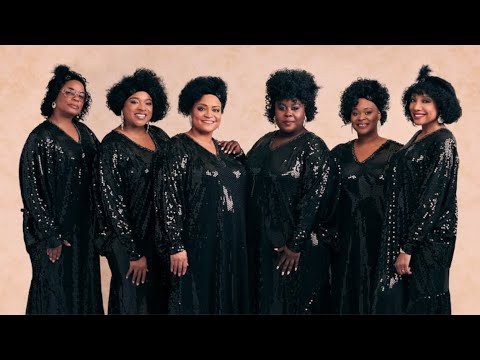