(NEW YORK) — A pandemic of the novel coronavirus has now killed more than 361,000 people worldwide.

Over 5.9 million people across the globe have been diagnosed with COVID-19, the disease caused by the new respiratory virus, according to data compiled by the Center for Systems Science and Engineering at Johns Hopkins University. The actual numbers are believed to be much higher due to testing shortages, many unreported cases and suspicions that some governments are hiding the scope of their nations’ outbreaks.

The United States is the world’s worst-affected country, with over 1.7 million diagnosed cases and at least 101,706 deaths.

Deaths in the U.S. likely will exceed 115,000 by June 20, even as the rate of increase in cumulative deaths declines, according to the latest update from the Centers for Disease Control and Prevention.

The rate of new deaths is expected to vary from state to state, the CDC said, adding that “in some states, cumulative deaths will increase at roughly the same rate as they have in recent weeks, while other states are likely to experience only a small number of additional deaths from COVID-19.”

New York City is on track to begin its phase one of reopening on June 8, bringing back to work about 400,000 employees, Gov. Andrew Cuomo said Friday.

“Remember that reopening does not mean we’re going back … we go forward,” Cuomo stressed. “It is reopening to a new normal, a safer normal. People will be wearing masks, people will be socially distanced.”

That means retail curbside pickup will be open, and hair salons and barber shops can open with strict guidelines, he said.

1 p.m.: CDC cites evidence of limited early spread in US in early 2020

While the first cases of non-travel-related COVID-19 in the U.S. were confirmed Feb. 26 and Feb. 28, four pieces of evidence suggest that community transition transmission of the virus in the U.S. likely started in mid to late January or early February, according to a weekly report from the Centers for Disease Control and Prevention.

The CDC’s findings included an RNA analysis that revealed a single lineage of the virus that was imported from China and began circulating in the U.S. between Jan. 18 and Feb. 9, followed by viruses of different lineages from Europe, and that three cases had been confirmed in California in early February.

That means “community transmission began before the first two non-travel-related U.S. cases, most likely from a single importation from China in late January or early February, followed by several importations from Europe in February and March,” the CDC said.

North Carolina responded to the Republican National Committee in a new letter Friday, further pressing Republicans about their plans for the party’s convention.

In a letter from Mandy Cohen, secretary of the state’s Department of Health and Human Services, North Carolina included a number of asks for GOP leaders to “further elaborate on its plans to protect convention participants and the people of Charlotte in accordance with the CDC guidance.”

The letter included a list of questions: How many delegates, alternates, elected officials, guests and media are expected to attend and be inside the Spectrum Center? How will the RNC implement health screenings, social distancing, face coverings, hand hygiene and other cleaning protocols at all RNC-sanctioned events? Is the RNC is still following Trump’s desire to host a convention with “a crowd-like setting” without social distancing and face coverings? How will people be isolated if they do not pass thermal or health screenings?

While the letter acknowledges that a large-scale event can occur during the pandemic, state health officials urge the GOP to plan for “several scenarios.”

“The state continues to support the hosting of the Republican National Convention in Charlotte if it can be done safely,” Cohen wrote.

The RNC sent a letter Thursday to North Carolina Gov. Roy Cooper outlining some safety protocols, signaling the party’s preference to keep the convention in Charlotte after President Donald Trump threatened to pull it.

The letter, signed by RNC Chairwoman Ronna McDaniel and Marcia Lee Kelly, the president and chief executive officer of the Republican National Convention, comes as the national party and the Democratic governor found themselves in a stalemate, after Trump tweeted that he is considering moving the event outside of North Carolina.

Wisconsin has become the latest state to report cases of Multisystem Inflammatory Syndrome in Children, aka MIS-C, a dangerous coronavirus-related illness that’s been reported in many states and countries.

The hospital Children’s Wisconsin has identified an undisclosed number of cases and said most children have recovered, either in the hospital or at home, reported ABC Green Bay affiliate WBAY.

The suspected cases have been reported to Wisconsin’s Department of Health Services, WBAY said.

MIS-C, which has been reported in at least 28 states and Washington, D.C., has features similar to those of Kawasaki disease and Toxic-Shock Syndrome. Common symptoms include persistent fever, irritability or sluggishness, abdominal pain, diarrhea, vomiting, rash, conjunctivitis, enlarged lymph node on one side of the neck, red cracked lips or red tongue, swollen hands and feet.

Hard-hit New York City has reached a record-low of number of residents testing positive — of those tested across the city, just 5% were positive for the coronavirus, Mayor Bill de Blasio said Friday.

The mayor on Friday promised more coronavirus testing for the city’s non-profit workers, from those with the Department of Social Services to the Administration of Children’s Services.

“We know that a lot of people who do this work” come from communities hit hardest by the coronavirus, de Blasio said. “They’ve been heroes throughout this crisis and we have to be there for them.”

Beginning June 1, voluntary, weekly testing will be available for nearly 31,000 non-profit workers. Officials will be able to conduct 4,000 tests per day, he said.

The tablets not only give seniors access to telemedicine, but also helps them fight isolation and stay in touch with loved ones.

Before June 15, residents can use curbside retail and go to real estate appoints if they social distance and wear face coverings. Professional sports can practice if they have approved plan and residents can use fenced dog parks and outdoor museums.

Beginning June 15, outdoor fitness can resume, like yoga, but with social distancing.

Outdoor dining — including restaurants and bars with food — can resume, as well as religious services and professional sports games without spectators.

Further steps will include reopening indoor dining, hair salons and barber shops. The current target date for that is July 13.

The target date is mid-August to reopen gyms and bars without food.

At least 2,437 people in San Francisco have been diagnosed with the coronavirus. At least 30 people have died.

The Republican National Committee sent a letter Thursday to North Carolina Gov. Roy Cooper outlining some safety protocols to move forward with the Republican convention during the coronavirus pandemic — signaling the party’s preference to keep the convention in Charlotte after President Donald Trump threatened to pull it.

The letter, signed by RNC Chairwoman Ronna McDaniel and Marcia Lee Kelly, the president and CEO of the Republican National Convention, comes as the national party and the Democratic governor found themselves in a stalemate, after Trump tweeted that he is considering moving the event outside of North Carolina.

In response to the RNC’s letter, a spokesperson for Gov. Roy Cooper said the governor’s office will share a response to the letter on Friday, after review from state health officials.

“We are still waiting for a plan from the RNC, but our office will work with state health officials to review the letter and share a response tomorrow,” Sadie Weiner, a spokesperson for Cooper, said in a statement to ABC News.

The RNC did not intend for the letter to be the plan, with a convention spokesperson telling ABC News the safety measures included in the letter are “a few suggested elements under consideration.”

Sonoma County Sheriff Mark Essick penned a letter to residents saying he is directing his department to not enforce the public health order, saying the blanket order is crushing the community.

In this letter, Essick said the many residents and business owners have told him that the county’s health orders are far more strict than neighboring communities and California Gov. Gavin Newsom’s statewide orders. He also said that the county’s coronavirus cases continue to decline.

“Over the last 10 weeks we have learned a lot and made significant progress. The curve has been flattened; hospitals were not overrun with patients; we have dramatically increased testing which verified the infection rate in Sonoma County is under control and decreasing. Yet we continue to see successive Public Health Orders that contain inconsistent restrictions on business and personal activities without explanation,” Essick wrote. “Based on what we have learned, now is the time to move to a risk-based system and move beyond blanket orders that are crushing our community.”

He says he’s asked, and not heard from, public health officials about why the restrictive measures remain despite the community having favorable COVID-19 numbers. To continue to enforce these measures, he said, would be a disservice to the county’s residents.

The Sonoma County Sheriff’s Office, he said, will stop enforcing local coronavirus regulations as of June 1.

“As your elected Sheriff, I can no longer in good conscience continue to enforce Sonoma County Public Health Orders, without explanation, that criminalize otherwise lawful business and personal behavior,” Essick’s letter said. 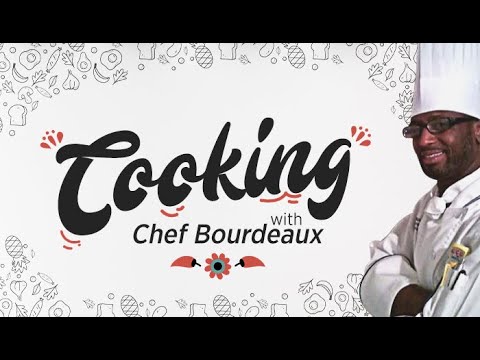