(NEW YORK) — A pandemic of the novel coronavirus has now killed more than 275,000 people worldwide.

Over 3.9 million people across the world have been diagnosed with COVID-19, the disease caused by the new respiratory virus, according to data compiled by the Center for Systems Science and Engineering at Johns Hopkins University. The actual numbers are believed to be much higher due to testing shortages, many unreported cases and suspicions that some governments are hiding the scope of their nations’ outbreaks.

Since the first cases were detected in China in December, the United States has become the worst-affected country, with more than 1.2 million diagnosed cases and at least 77,180 deaths.

Here’s how the news is developing today. All times Eastern. Please refresh this page for updates.

Three children in New York have died as a result of a syndrome associated with COVID-19, Gov. Andrew Cuomo said.

There are at least 73 cases related to the syndrome in children in the state, according to the governor. The majority affected were infants or elementary school-aged children.

Cuomo said that children have come into hospitals with symptoms similar to Kawasaki disease, a rare inflammatory syndrome typically affecting those younger than 5. The children did not present typical COVID-19 symptoms, such as respiratory distress, but they did test positive for either the virus or the antibodies, meaning they had the virus at some time.

He said the situation was still developing and that health experts are continuing to investigate, calling the matter “truly disturbing.”

The New York State Department of Health is working with the U.S. Centers for Disease Control to understand the syndrome in children and will develop national criteria so other states can investigate their own possible cases, the governor said.

The state’s health department will also work with the Genome Center and Rockefeller University to conduct a genome and RNA study to better understand who is affected.

“This is the last thing we need. … We still have a lot to learn about this virus and every day is another eye-opening situation,” Cuomo said.

Of the FDNY and EMT workers that were part of an antibody study, 17% tested positive, according to Cuomo. It was the highest positive rate among frontline workers. The rate was 14% for transit workers, 12% for healthcare workers and 10% for the NYPD, according to Cuomo.

Air France is the latest airline to require passengers to wear face masks on flights, a policy that’s effective on May 11.

“We recommend that you bring several masks for your travel comfort,” the airline said in a statement.

A personal aide to Ivanka Trump has tested positive for COVID-19, multiple sources familiar with the matter told ABC News.

However, the sources said the aide is not a White House employee, has not been in contact with her for well over a month and has not been near the West Wing.

The Department of Health and Human Services announced the agency is sending out more remdesivir to hospitalized patients after a week of frustration from doctors who said they couldn’t access it.

Remdesivir will be used to treat patients with COVID-19 and has been touted by both President Donald Trump and infectious disease expert Dr. Anthony Fauci as promising, based on early data. The drug was donated by Gilead, which developed it, and will be delivered to Connecticut, Illinois, Iowa, Maryland, Michigan and New Jersey, according to the HHS.

Illinois and New Jersey will receive the biggest shipments, with 140 cases and 110 cases respectively, according to the agency. Each case contains 40 vials of the drug.

The shipments, which began Thursday evening, come after doctors said they could not access the drug and it was not being delivered to the hospitals that needed it most.

Remdesivir initially was developed by Gilead to treat Ebola. Although initially promising, it didn’t prove as effective as other Ebola treatments, so research was halted. Early data from the drug used for COVID-19 patients has been promising, but experts warned that data is still limited.

The Food and Drug Administration has authorized the first test that can rapidly detect if a person has the virus that causes COVID-19, and has the ability to test millions of Americans per day.

The antigen test can produce results within minutes, according to the FDA, and some experts believe it is better for mass testing than the PCR test, which is the current diagnostic test that can detect an active COVID-19 infection.

The agency described the antigen test as “important in the overall response against COVID-19” because they can generally be produced at a lower cost and “once multiple manufacturers enter the market, can potentially scale to test millions of Americans per day due to their simpler design, helping our country better identify infection rates closer to real time.”

However, the FDA also noted downfalls of the antigen tests. While the tests produce highly accurate positive results, there is also a higher chance they produce false negatives than PCR tests.

The FDA said a negative results from an antigen test does not rule out an infection and may need to be confirmed with a PCR test.

This is the first antigen test to be authorized, but more will follow, according to the FDA.

Food and Drug Administration Commissioner Stephen Hahn will self-quarantine for 14 days after he came into contact with an individual who tested positive for COVID-19, a statement from the FDA confirmed.

“As Dr. Hahn wrote in a note to staff yesterday, he recently came into contact with an individual who has tested positive for COVID-19. Per CDC guidelines, he is now in self-quarantine for the next two weeks. He immediately took a diagnostic test and tested negative for the virus,” the statement read.

Hahn is believed to have come into contact with Vice President Pence’s top spokesperson Katie Miller, who tested positive for COVID-19, reported Politico.

The FDA did not confirm whether Miller was the individual with whom Hahn came into contact.

For the first time, Uber drivers, personal trainers, babysitters — all non-traditional wage earners that the government estimates to be at least a third of the American workforce — could apply for unemployment benefits after the CARES Act signed into law on March 27.

But in at least 11 states as of Friday, these Americans hadn’t received any kind of unemployment payments. In nine states, they hadn’t even been able to apply for it.

This news comes on the heels of record-breaking unemployment for April, with at least 20.5 million jobs lost.

In New Hampshire, Wisconsin and Arkansas, it’s unclear if any gig workers or independent contractors have received unemployment benefits, even though tens of thousands of applications have been accepted.

And in Arizona, Delaware, Hawaii, Illinois, Kansas, Maine, Maryland, Nevada and Ohio, there is no way for these self-employed Americans to even for unemployment. More than a month after the CARES Act passed, these states do not have the online portals up and running.

States have had to build new systems to approve people for this federally-funded unemployment — known as Pandemic Unemployment Assistance, or PUA — and there’s a slew of reasons they’ve been bogged down. Some were waiting for federal guidance, while others were waiting on tech infrastructure.

Texas Sen. Ted Cruz revealed Friday that he got a fresh new haircut from the salon owner who recently made national headlines when she was jailed for refusing to close her store.

“Thank you to Shelley Luther and the team at Salon a la Mode for giving me my first haircut in 3 months & more importantly for standing up for liberty and common sense,” Cruz tweeted Friday evening. “Your courage helped pave the way for more #TX businesses to re-open & for more people to get back to work today.”

Luther defied an executive order to shut down her business and kept her salon open despite a citation, a cease-and-desist letter and a restraining order.

“The rule of law governs us. People cannot take it upon themselves to determine what they will and will not do,” Dallas Civil District Judge Eric Moyé said during her hearing on Tuesday.

Luther, who was ordered to serve seven days in jail for contempt of court, was released Thursday after a decision by the Supreme Court of Texas. 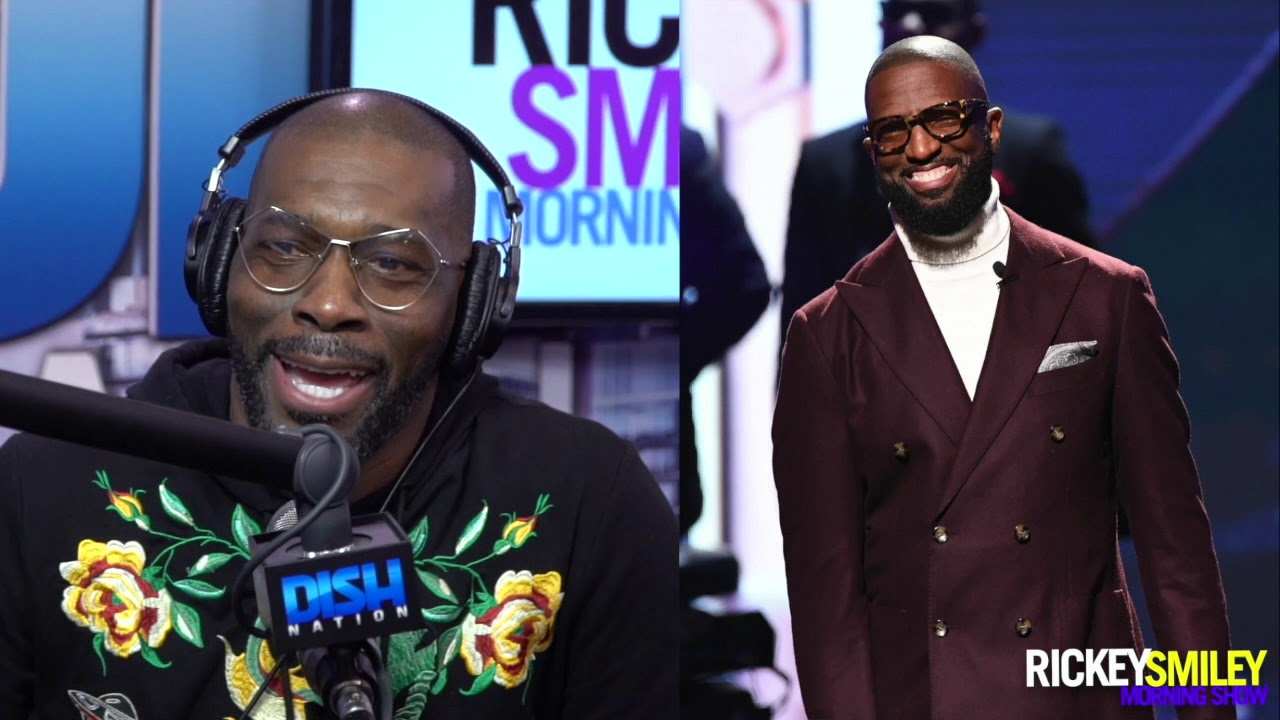 Janet Jackson Shares How She Balancing Motherhood, Planning A Tour & Working On A New Album 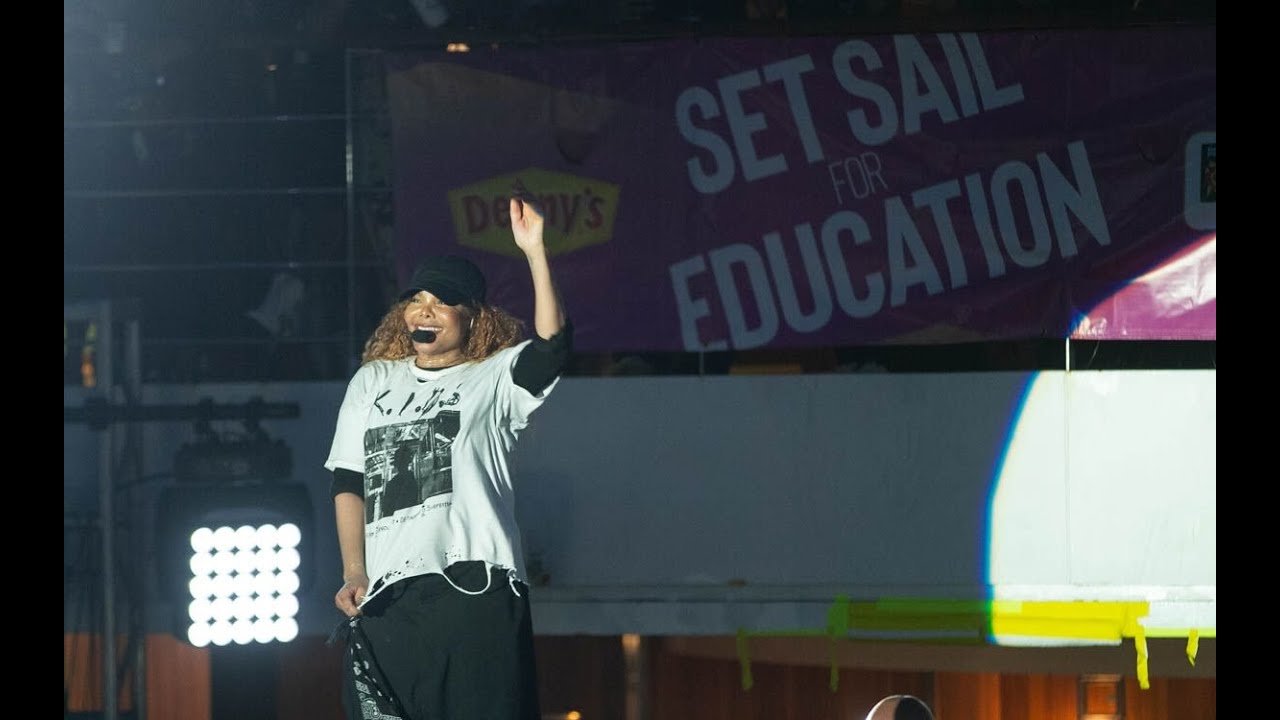