(NEW YORK) — In New York City, African Americans and Latinos are two times more likely to be hospitalized and to die from COVID than white Americans, according to local officials’ figures.

Chicago blacks are three times more likely and Latinos twice as likely to die from the virus than whites, city data shows.

And in Maricopa County, which is one of the most populated counties in the country and includes Phoenix, American Indians and African Americans have the highest rates of infection and hospitalization among racial groups, according to county-released data.

In places like Chicago, Washington D.C., Atlanta, and Phoenix, urban hubs with large communities of color and the nation’s most sophisticated public health care systems, the rates of coronavirus infection and death have been particularly high, an ABC News review of state and local public health data has found.

These factors are coupled with the fact that nationally racial and ethnic minorities have suffered a disproportionate share of the negative health and economic outcomes from the coronavirus pandemic.

During an interview with ABC News, Housing and Urban Development Secretary Ben Carson said the crisis has helped reveal issues of disparity in the country and that it needs to be approached in a “holistic manner.”

“This crisis has really shined the light on this disparity issue,” Carson said. “We’ve known about this obviously for decades and people have talked about it and signed on it. We haven’t made a lot of progress.”

Here’s a closer look at how the trend is playing out in large cities.

New York Governor Andrew Cuomo, a Democrat, at a press conference earlier this month said that the state’s most recent coronavirus patients were people who were staying at home during the lockdown.

Of approximately 1,200 patients surveyed at some 113 state hospitals, 66% of new patients admitted with coronavirus were determined to have been staying at home, according to a survey overseen by New York State Public Health Department officials.

But some experts attribute that trend to relatives of essential services workers unknowingly infecting other members of their household with the novel coronavirus.

“If they’re in these type of front line positions of course they’re going to be bringing home the virus at higher rates than whites would be doing, because whites are not being forced in the same numbers to go out and have to work and interface with the public,” said Monika McDermott, a professor of political science at Fordham University, responding to a question on why minorities who have been staying home might be infected at higher rates.

A Fordham University Poll found that black Americans are more likely than either white or Latino Americans to be on the front lines of the coronavirus pandemic with higher proportions still required to show up to a workplace, have higher rates of reported personal infection, and COVID-19 related deaths of someone they personally know.

And in New York State, of the 21 zip codes with the most new COVID-19 hospitalizations, 20 have greater than average black and/or Latino populations, Gov. Andrew Cuomo said earlier this month.

Rep. Alexandria Ocasio-Cortez, D-N.Y., whose congressional district includes five of those zip codes, told ABC News that the disparities reflected in the data come from historical health inequity in the system.

“It was one part tragic, but on the other part it actually wasn’t as shocking because the South Bronx and the Bronx in general has been home to some of the highest childhood asthma and overall asthma rates in the country that has been directly tied to issues of environmental injustice, pollution and so on,” Ocasio-Cortez said. “We’ve also had historical issues with health inequity in our current system. Our current healthcare system has so much of our economic and socioeconomic inequity reflected in who’s able to afford a doctor, who’s able to afford a prescription, who’s able to get preventative care.”

The virus’ impact is also taking a heavier economic toll on communities of color.

As states begin to ease lockdown restrictions and allow select businesses to reopen, for many Asian-Americans the financial damage is already done.

In New York, Asian-Americans have seen the highest percentage increases for jobless claims each week. Unemployment filings for Asian-Americans were up 4,150% compared to the same week last year– 22,526 compared to 530 in 2019. Similar trend has been seen across the country nationwide.

Meanwhile, complaints of anti-Asian discrimination to the New York City Commission on Human Rights spiked 92% from February through April this year compared to the same time last year. The complaints reflected harassment or discriminatory incidents in employment, housing and places of public accommodation.

Thomas Yu, the CEO of Asian Americans for Equality — a nonprofit based in NYC that Lin and Peng reached out to for assistance in obtaining economic relief — said that Asian American business owners are facing a “double whammy” amid the rising “xenophobia.”

“If you are a non-Asian business owner, I would say your predicament is hard enough, right? Your business is shutting down. But imagine you had to deal with the double whammy of thinking about, am I going to be a target of an assault or, you know, sort of overt racism,” Yu told ABC News.

The hardest hit communities in Chicago have actually been in areas just outside the city, mainly low-density black and Latino neighborhoods. Areas on the city’s predominantly black south side have seen some of the highest infection rates according to the Illinois Department of Public Health.

In Chicago, 46% of those who died from the coronavirus were African-Americans though they make up about 30% of the city population, according to data released when the Chicago Department of Public Health. After black Americans, Latinos in the city suffered the most deaths from the coronavirus close to 30%. There have been just under 500 deaths of Latinos in Chicago.

HUD Secretary Carson said the underlying issues need to be examined to understand where the disparities are coming from.

In the nation’s capital, data revealed the coronavirus had an extremely skewed impact on the city’s Latino population, as Latinos are seven times more likely to be infected with the virus than white residents.

“The disparities and the impact to the Hispanic and Latino and African American and black communities are stark in our city and have raised again some of the things that we need to be more attentive around in terms of how the wards where many of these residents live may be presenting some opportunities for us to focus interventions,” said D.C. Health Department Director Dr. LaQuandra Nesbitt during a press conference earlier this month.

Nesbitt added that Latinos are seeing 1,200 infections per 100,000 residents, compared to 175 per capita rate for white Americans. Nesbitt also said about half of a couple dozens of infants in the city have been infected by the coronavirus.

Black residents have seen 820 infection rate per capita, five times that of white residents. And African Americans in D.C. make up approximately 46% of the city’s population but account for nearly 80% of the city’s deaths, Nesbitt said.

Across the country, black and Latino workers are more likely to be working essential service jobs putting them at a greater risk of coronavirus infection. But in Georgia, the decision to reopen the state’s hair salons, tattoo parlors and barbershops put even more minorities in Atlanta, the state’s most populated city, back into the cross hairs after a nearly month long lockdown.

Data shows that coronavirus hotspots across the state have been centered around cities and towns with larger populations of African Americans, starting with Albany, where the outbreak is believed to have begun in Georgia.

Nearly 50% of the cases and deaths in the state so far have been of African Americans, concentrated in the populated metro-area of Atlanta. African Americans make up just around 32% of the state-wide population, Census data shows.

“Full information is absolutely something we need,” McDermott, the Fordham University professor said. “If you don’t track these numbers and you don’t make people aware of the problems that specific communities are facing, then you’re not gonna be able to get people to face up to the problem.”

In Maricopa County, which is one of the most populated counties in the country and contains more than half of the population of Arizona including Phoenix, American Indians and African Americans have the highest rate of infection and hospitalization among racial groups, according to county-released data.

American Indians, in particular, have accounted for about 5% of the county’s total cases and 4% of hospitalizations, when they make up only 2% of the county population.

And a statewide view shows even bigger disparities — Native Americans make up more than 20% of the COVID cases and deaths where race and ethnicity is known, when they only account for 5% of the state’s population.

Further out in the west, in San Francisco, where Asian-Americans make up about 38% of the city’s population and 12% of the city’s COVID-19 cases, they account for roughly half of the COVID-19 related deaths.

So far, 18 out of the total of 37 COVID-19 deaths in the city have been Asian residents. Though the numbers are statistically smaller, some researchers in the region are worried about the potential implications and urge that better data collection is needed to more fully understand and address the causes.

Overall, Asian Americans across the country have seen a generally proportionate or lower rate of reported infections and deaths among minority groups, according to data released by states and the federal government.

While less impacted by the reported health impacts of COVID-19, the latest unemployment rates released by the U.S. Bureau of Labor Statistics show that Asian American national unemployment rate hit its record high with a spike to 14.5% in April, as did most other races and ethnicities.

Employers are “influenced by the same negative views that the labeling of this disease creates and facilitates,” Andre Perry, a fellow at the Brookings Institution whose research focuses on race and economic inclusion, told ABC News.

Eating With My Grandson 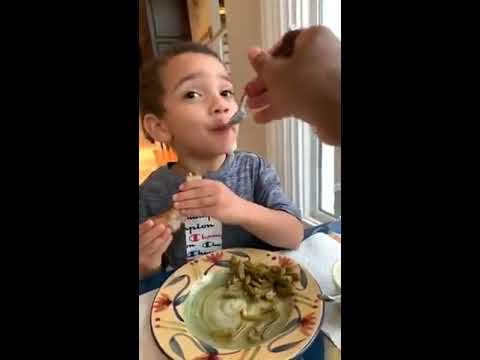 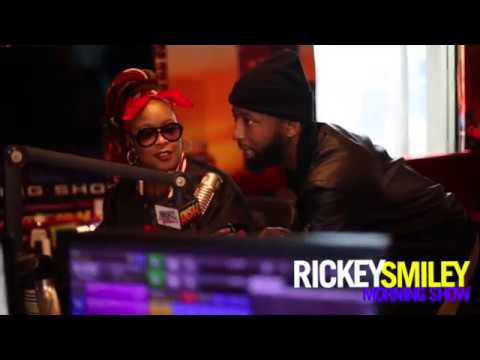