(NEW YORK) — A pandemic of the novel coronavirus has now killed over 205,000 people worldwide.

More than 2.89 million people across the globe have been diagnosed with COVID-19, the disease caused by the new respiratory virus, according to data compiled by the Center for Systems Science and Engineering at Johns Hopkins University. The actual numbers are believed to be much higher due to testing shortages, many unreported cases and suspicions that some governments are hiding the scope of their nations’ outbreaks.

Since the first cases were detected in China in December, the United States has become the worst-affected country, with more than 964,000 diagnosed cases and at least 54,810 deaths.

Here’s how the news developed Sunday. All times Eastern:

Responding to outbreaks at several meat processing plants across the country, the Centers for Disease Control and the Occupational Safety and Health Administration (OSHA) released interim recommendations for meat and poultry companies operating during the pandemic.

Among the social distancing guidelines, meat processing companies are being called on to:

– Encourage workers to avoid carpooling to and from work

The CDC and OSHA also provided recommendations for modifying work areas for social distancing; cleaning and disinfecting tools; and screening workers for COVID-19 symptoms, among others.

The federal government is taking steps toward a more equitable distribution of COVID-19 funds when applications open Monday for the second round of Paycheck Protection Program relief loans.

The Small Business Administration and Treasury Department are implementing new measures “to ensure equitable access and system integrity” regarding the program, according to a notice sent to participating lenders obtained by ABC News.

The measures include capping the number of loans any one bank can issue at 10% of the PPP funding — with the exception of $60 billion earmarked for small lenders.

Other measures include allowing lenders with pending applications to submit a one-time bulk filing of at least 15,000 PPP applications.

On Friday, President Trump signed off on a $310 billion infusion into the small business rescue program, which had run out of money. The SBA will begin accepting applications again at 10:30 a.m. on Monday.

Through the program, people with COVID-19 are given an infusion of antibody-rich plasma from those who have recovered from the virus. Thousands of recovered COVID-19 patients nationwide have donated their plasma, according to Klobuchar’s office. Bessler donated through the Mayo Clinic’s program in Minnesota.

“I encourage all others who have recovered from COVID-19 to also consider donating their plasma to help develop potential remedies to this virus that is impacting so many people across Minnesota and the country,” Bessler said in a statement.

Bessler, 52, tested positive for COVID-19 on March 23. He had coughed up blood and was hospitalized with low oxygen levels.

The discussion came during a call between the two leaders about plans to reopen world economies.

The two also expressed hope about convening a P5 summit with leaders of the five permanent members of the U.N. Security Council: the U.S., France, Britain, Russia and China.

Italy and Spain have both reported their lowest one-day COVID-19 death tolls in weeks.

Italy’s Civil Protection agency reported 260 new deaths in the past 24 hours on Sunday — the country’s lowest daily number of deaths since mid-March.

There have been 26,644 COVID-19 deaths in Italy, according to the Civil Protection agency. The country has the second-highest number of deaths in the world, after the United States.

Spain had 288 deaths in one day, the Spanish Health Ministry reported on Sunday. That is the country’s lowest one-day death toll reported in 37 days. The total number of deaths from COVID-19 in Spain is 23,190, according to the health ministry — the third-highest number globally.

On Sunday, children in Spain were allowed outside for the first time since the country’s lockdown began more than 40 days ago. Children under the age of 14 can now leave their homes for an hour each day.

As of Sunday, China has reported 83,909 diagnosed COVID-19 cases and 4,636 fatalities, according to a tally by Johns Hopkins University.

The Australian government launched a COVID-19 contract-tracing app on Sunday to help slow the spread of the coronavirus.

COVIDSafes uses bluetooth-tracing technology to find people who have been in contact with COVID-19 cases. Local health officials can then contact those who may have been exposed.

The app is the only contract-trace app approved by the Australian government. Participation is voluntary.

Digital contract tracing has been used in China, Singapore and South Korea.

Apple and Google plan to release their contact-tracing apps in May.

New York Gov. Andrew Cuomo expanded on his strategy to reopen the state in phases regionally at his daily press conference on Sunday.

“Nobody is giving anybody a date. But short-term, the numbers are on the decline, everything we have done is working. The rates are all dropping,” Cuomo reported

Cuomo said the state is following the CDC’s recommendation to start reopening once the regional hospital rate has a 14-day decline.

“It’s a very diverse state. Upstate regions are like states in the Midwest, even out West. We have very different hospitalization rates,” the governor said. “We look at the rates all across the state as well as all across the regions.”

Phase one of reopening will involve low-risk construction and manufacturing activities. After a two-week period of monitoring rates of hospitalization, positive antibody tests and positive diagnostic tests, phase two will be a business-by-business analysis, based on how essential and risky the business is.

“They have to think about how they are going to reopen with this quote-unquote ‘new normal,'” Cuomo said of businesses that will consider reopening. “What precautions are they going to take in the workplace? What safeguards are they going to put in place? It’s very much going to be up to businesses.”

The approach will take multistate coordination, the governor said, to limit visitors from lockdown regions going to ones that have opened up. The reopening of transportation, parks, school, beaches and businesses will also be coordinated, the governor said.

“It is possible you open something in Syracuse, open something in the north country, where you now see license plates coming in from Connecticut, New Jersey, from downstate, all coming to that area because … they have been locked down and they are looking for an activity,” Cuomo said.

Downstate is the “most complicated situation,” the governor said, due to people living and working in different states.

The governor said the goal is to keep the COVID-19 rate of transmission below one — or one person infecting one other person — to continue to slow the spread. Currently, the state has a rate of transmission of about 0.8. Upstate, that number is 0.9; downstate is it 0.75.

All restrictions and closures in New York are currently in effect until May 15.

New York City Mayor Bill de Blasio said that while there are many indicators that the number of current coronavirus patients are on a downward trend, more “consistency” is needed before the city will begin to consider taking steps towards reopening.

The mayor at his daily press conference on Sunday noted the percentage of people who have tested positive, the number admitted to hospitals and those in the ICU have all gone down or stayed flat in recent days but cautioned against restarting too soon.

“We restart when we have evidence. Look, we see some states around the country to restart their economies. I’m worried for them. I’m worried for their people. Some seem to be paying attention to health care indicators more than others,” de Blasio explained. “Anybody, any state, any city that doesn’t pay attention to those factual health care indicators that evidence is endangering themselves and their people and the whole idea of having a restart to have an economy again, recover, it could all backfire because the disease reasserts.”

The mayor added that there are a number of outstanding questions that his administration is working to address before the city can reopen.

“How do you reopen a restaurant and still do it in a way that protects the customers and protects the people that work there? What kind of protection will people need? What kind of PPE’s will people need to wear in different parts of the city, a lot of different work they do to make sure they are safe. When will they need more? When will they need less? We’ve got to start filling in those blanks,” de Blasio said.

De Blasio said the recovery must address the “structural racism” and disparities that have been exposed during the pandemic, announcing the city would create a “Fair Recovery Task Force” to help New Yorkers recover from the crisis.

“Recovery means to me getting back not just to a point where life feels more normal but getting back to a point of strength, additionally addressing the underlying issues we still need to address in the city,” de Blasio said.

Kevin Hassett, President Donald Trump’s economic adviser, said the U.S. is going to see a jobless rate comparable to what happened during the Great Depression as it recovers from the novel coronavirus pandemic.

Appearing on ABC’s This Week on Sunday, Hassett also measured up losses against the more recent Great Recession.

“Around 2008, we lost 8.7 million jobs and the whole thing. Right now, we’re losing that many jobs about every 10 days,” he said. “And so … the economic lift for policymakers is an extraordinary one.”

Michigan Gov. Gretchen Whitmer disagreed Sunday that her stay-at-home orders were too aggressive in combatting the novel coronavirus pandemic in her state.

“It was hitting (Michigan) incredibly hard and that’s why we have a unique solution, even though it was more aggressive than other states. We have started to really push down that curve and we’ve saved lives in the process,” the Democrat told ABC News chief anchor George Stephanopoulos Sunday on ABC’s This Week.

Three people were arrested Saturday during a “Freedom Rally” protest in Encinitas, according to the San Diego County Sheriff’s Department.

The three individuals were among a group of several dozen people that gathered at Moonlight Beach to protest the county’s beach closures and stay-at-home orders in response to the COVID-19 pandemic.

The three people were cited for health order violations, said sheriff’s Lt. Amber Baggs. The maximum penalty of the health orders could be citation for a $1,000 fine or up to six months in jail, or both.

According to Baggs, there were 75-100 people at the “The Surf’s Up Shred the Tidal Wave of Tyranny” protest Saturday morning. The two-hour event was organized by Crista Anne Curtis, who led a similar protest last week.

“Several protestors walked onto the beach and sat as deputies began speaking to them regarding the County Public Health Order,” said Baggs. “The people were given multiple opportunities to comply with the state and county orders. Three attendees refused and were arrested.”

Another protest was planned for Sunday at the Pacific Beach lifeguard station at 700 Grand Ave. starting at 1 p.m.

The Centers for Disease Control and Prevention has added six new possible symptoms of the novel coronavirus.

People with COVID-19 have had a wide range of symptoms reported – ranging from mild symptoms to severe illness. These symptoms may appear 2-14 days after exposure to the virus:

It had previously only noted fever, cough and shortness of breath as possible symptoms of COVID-19.

As of 8:30 p.m. ET, 100,104 people have recovered from COVID-19, according to the data compiled by the Center for Systems Science and Engineering at Johns Hopkins University.

Hawaii Gov. David Ige announced he was extending the mandatory 14-day quarantine for travelers into the state until May 31. He is also extending the stay-at-home order until the same date.

He said he was continuing to keep the quarantine in place for travelers since 100 people were still arriving every day.

Tim Sakahara, spokesperson for the Hawaii Department of Transportation, said passenger arrivals are down 99% from this time last year. The only flights coming in are from San Francisco, Oakland, Seattle, Los Angeles and Guam.

There have been 604 cases and 14 deaths, including two in the past day, in Hawaii. Wyoming, Montana and Alaska are the only states with fewer cases. 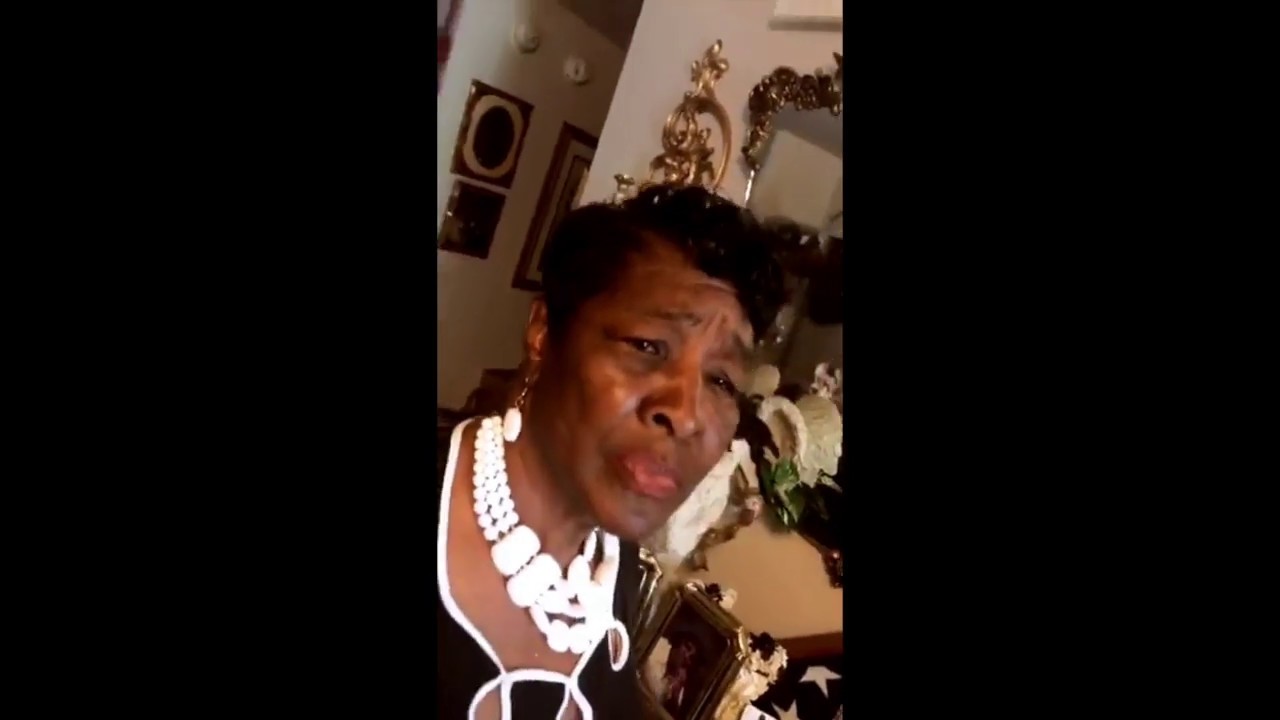