Courtesy of STARZStarz has unveiled the dramatic trailer for the midseason premiere of the Power spinoff series, Power Book II: Ghost.

On Thursday, the network announced the return date of the series, which follows Tariq St. Patrick — played by Michael Rainey Jr. — as he wrestles with being pulled into the street life while grappling with his studies as a first-year college student.

Based on the new series trailer, Tariq is racing against the clock to get his mother, Tasha, played by Naturi Naughton, out of jail, even though she’s being charged with murdering his father.

“I’m taking Tariq down,” Saxe declares to Maclean in the trailer for the new series, which also stars Grammy-winning singer Mary J. Blige.

Executive-produced by Power creators Curtis “50 Cent” Jackson and Courtney A. Kemp, Ghost is the first series in the expanded Power Universe franchise. Next up will be Power Book III: Raising Kanan, which is currently back in production in New York City, according to 50 Cent’s Instagram, after being shut down due to COVID-19.

How To Fight A Big Man | Karaoke Night 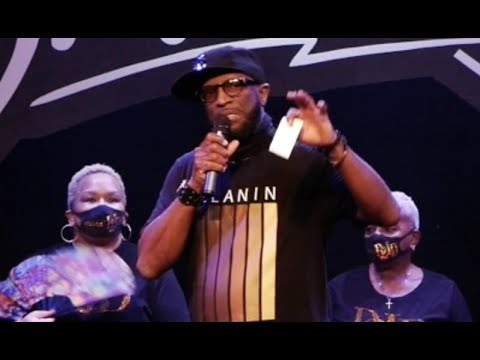