Paul Drinkwater/NBCUniversal via Getty ImagesThe recent killing of George Floyd by now-fired policeman Derek Chauvin in Minneapolis has sparked intense national outrage leading to an eruption of protests across the world. Amid this civil unrest, celebrities have used their platforms to educate, raise awareness, and demand change.

Oprah: “Those of us who have the ability to be seen or heard in our lives—whether you are Black or white, Asian or Hispanic—it is incumbent on all of us to not just be outraged when we see injustice. It’s not enough to just say ‘It’s so terrible.’ We can’t tolerate hate crimes perpetrated by authorities in this country. We need to speak up and say ‘That will not happen on my watch.’ We’re going to do the work that it takes to dismantle in our own way.”

Reese Witherspoon: The actress tweeted, “It was as hard for me to reconcile the difference between what I was taught in church and what I see in the world. I don’t want that for my kids. Or for yours.We have to be held accountable for what is happening in this country. What happened to George Floyd and Breonna Taylor and Ahmaud Arbery – and countless others – can not go without justice.”

Ava DuVernay: “You deserved your breath, your dignity, your life. Not to die in the street, murdered by a white cop’s knee on your neck. You deserve our tears, our prayers, our rage, our action. We must act – for you – and for all of those were no cameras are present. We must,” she tweeted.

Kevin Hart: “You can’t ask for peace if your not willing to give JUSTICE….people want JUSTICE. It’s that simple….Throw all of those cops in jail NOOOOOWWW. That’s taking action….Point blank!!!! This is what we want to see…..JUSTICE.”

Jessica Biel: “The past few weeks have been heartbreaking… mostly because the racism and blatant injustices we’ve seen lately have happened many times before. We have allowed inequality to be part of America for too long – and it has NEVER been acceptable. As allies, we have to do more. While the obvious and understandable reaction is to be angry, and to fight back with hate – we also need to remember we are most powerful together. Please speak up. We want EVERYONE to live freely and peacefully. This hatred we are seeing is a result of a deep systemic problem, but we are not powerless.”

Chrissy Teigen: After pledging $200,000 to bail out protestors, she wrote, “I stand with our heroes out there in support and solidarity… Silence is betrayal.”

Dwayne “The Rock” Johnson: “Past few days I’ve been stunned trying make sense of George Floyd’s death. The video. The plea for breath. The callous response. The racism. The killing. This is our ongoing disease. I’ve had cops in my family. Good men. And there’s a cop code, granting you the authority to use force if your life is in danger. But when a man is handcuffed, on the ground, no longer a threat… These officers will be charged, I’m positive of that. Held accountable. But then where’s the greater accountability? The leadership to healing. More importantly, the leadership to EQUALITY. We ultimately win when we can normalize equality…”

Jennifer Aniston: She expressed on Instagram, “This week has been heartbreaking for so many reasons. We need to acknowledge that the racism and brutality in this country has been going on for a long time – and it’s NEVER been okay. As allies, who want equality and peace, it’s our responsibility to make noise, to demand justice, to educate ourselves on these issues, and more than anything, to spread love. How much more time are we willing to let pass without change? HOW MUCH MORE TIME?”

Katie Holmes: Alongside a quote of Floyd’s last words the actress quoted James Baldwin: “It is certain, in any case, that ignorance allied with power is the most ferocious enemy justice can have,” and added, “I send love to his family and friends. This is heartbreaking.”

Viola Davis: “This is what it means to be Black in America. Tried. Convicted. Killed for being Black. We are dictated by hundreds of years of policies that have restricted our very existence and still have to continue to face modern day lynchings. Here’s the thing……America will never be great until we can figure out a way for it to work for EVERYBODY!!! “I define connection as the energy that exists between people when they feel seen, heard and valued”……. RIP George Floyd.”

Lebron James: Next to a side by side photo of Colin Kaepernick kneeling and Floyd being pinned down by a police officer’s knee, the NBA star explained, “Do you understand NOW!!??!!?? Or is it still blurred to you??”

Steph Curry: “If this image doesn’t disturb you and piss you off, then idk. I’ve seen a lot of people speak up and try to articulate how fed up and angry they are. All good and well but it’s the same same same reality we live in. George Floyd. George Floyd. George has a family. George didn’t deserve to die. George pleaded for help and was just straight up ignored, which speaks loud and clear that his black life didn’t matter. George was murdered. George wasn’t human to that cop that slowly and purposefully took his life away.”

Vanessa Bryant: Captioning a photo of her late husband, basketball legend Kobe Bryant, wearing a T-shirt that reads “I Can’t Breathe,” she shared, “My husband wore this shirt years ago and yet here we are again. Life is so fragile. Life is so unpredictable. Life is too short. Let’s share and embrace the beautiful qualities and similarities we all share as people. Drive out hate. Teach respect and love for all at home and school. Spread LOVE… BE AN EXAMPLE OF THE CHANGE WE WANT TO SEE…”

Gigi Hadid: “Enraged. Sickened. Heartbroken. But never surprised. This happens way too often – and the videos that go viral are not isolated events… Keep signing petitions, making calls to demand justice, speaking out (this is not just if you have a big platform- it starts in your homes and communities), and fighting to make a difference for every life that has been wrongly taken or effected by THE PANDEMIC OF RACISM. THIS IS ABOUT BEING AGAINST EVERY SENSELESS ACT OF DISCRIMINATION THAT BURDENS THIS COUNTRY.” Read the full statement here.

Bella Hadid: “… Black lives matter…Black voices matter and the black community matters
Today I will be standing with and donating to @NAACP_LDF, one of America’s oldest civil rights law organizations, which fights for police reform every day. ‘Partial justice is not justice at all–until all of the officers involved in the brutal murder of George Floyd are arrested, we will keep the pressure on.'” Full statement here.

Kylie Jenner: “… I’ll never personally experience the pain and fear that many black people around the country go through every day but I know nobody should have to live in fear and nobody deserves a death like George Floyd and too many others. speaking up is long overdue for the rest of us. we’re currently dealing with two horrific pandemics in our country, and we can’t sit back and ignore the fact that racism is one of them. i fear for my daughter and i hope for a better future for her. my heart breaks for George Floyd’s family and friends. Don’t let his name be forgotten. keep sharing, keep watching, keep speaking out, because it’s the only way we can come together to help bring this much needed change and awareness. Rest In Peace, George Floyd.” Full statement here.

Kim Kardashian: “For years, with every horrific murder of an innocent black man, woman, or child, I have always tried to find the right words to express my condolences and outrage, but the privilege I am afforded by the color of my skin has often left me feeling like this is not a fight that I can truly take on my own. Not today, not anymore…” Full statement here. 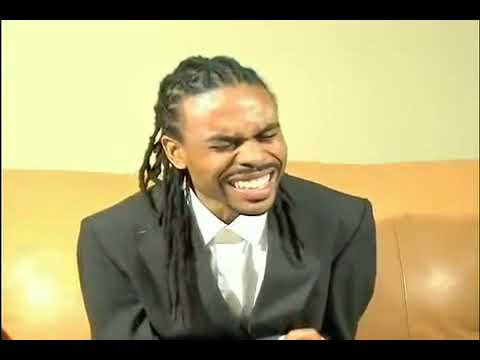