Gabrielle Union opens up about ‘America’s Got Talent’ exit, allegations of racism on set  – Music News

Gabrielle Union is breaking her silence for the first time since she was let go from her judge’s role on America’s Got Talent last September.

In a new Variety cover story, Union spoke out about negative moments she experienced while on the set of the reality competition show. The incidents included allegations of both a toxic work environment, including allegations of racism.

Union said she initially signed up for AGT because it would give her “the experience of being a part of a show that hails itself as the biggest stage in the world,” one that is “super diverse” and prides itself as “giving people the opportunity to shine where they otherwise probably wouldn’t.”

However, Union alleges that wasn’t her experience, recalling how she dealt with head judge Simon Cowell‘s on-set smoking, guest judge Jay Leno making a “wildly racist” joke, a “blatantly racist act” by a white contestant who imitated a black performer, and a general lack of inclusiveness.

“You cannot edit out what we just experienced,” Union said, noting that some of those questionable segments did not air. “There is not an edit button in my brain or in my soul. To experience this kind of racism at my job and there be nothing done about it, no discipline, no company-wide email, no reminder of what is appropriate in the workplace?”

Now, looking back at her experience, Union hopes her decision to speak out will eventually create “real change.”

“At the end of all this, my goal is real change — and not just on this show but for the larger parent company,” she told Variety. “It starts from the top down. My goal is to create the happiest, most high-functioning, inclusive, protected and healthy example of a workplace.”

By Carson Blackwelder and Candice Williams

Tips On How To Protect Yourself 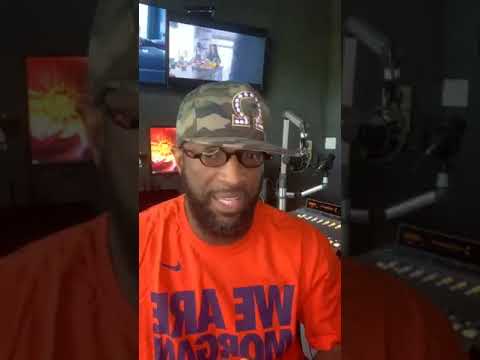