The video finds the Hrlem rapper hanging with his crew while reflecting on his successful come-up in life, and watching out for the ones that “Envy” him.

“I came up from nothing, I really did it off the block / Shoot for the stars, I just pray that I don’t get shot/ I know they envy me,” East raps on the track.

In addition, East also confirmed the deluxe version of Karma 3 is on the way, featuring the original 15 tracks and new additions from Dej Loaf, Junior Reid, Chris Brown and G Herbo, and the “Handsome” remix featuring Jeezy. Fans are still awaiting a video for East’s “Unruly,” featuring Popcaan.

Over the weekend, Dave East and his girlfriend, Millie Colon held a Lakers-themed baby shower for their second child. The couple’s family and friends were in attendance including their daughter, KairiChanel Brewster, as well as Millie’s son from a previous relationship.

Dave and his bonus son each rocked a silky purple and gold satin outfit with the name “Kobi” embroidered on the left side  — could that be the name of their new baby?

The deluxe version of Karma 3 drops Friday, Oct. 23 and is available for pre-order now.

Eva Marcille Gets Info About Her Next Pregnancy 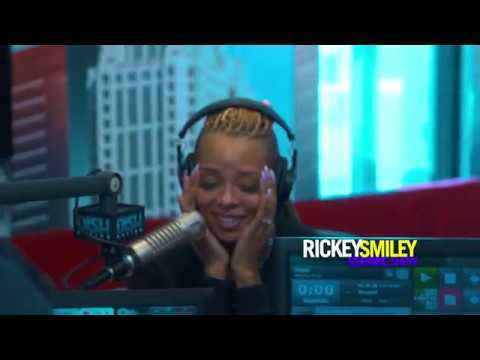