Kevin Mazur/Getty ImagesChance the Rapper is a three-time Grammy Award-winning artist who hosted Saturday Night Liveand sent numerous songs and albums into the Billboard top 10 — but before any of that happened, he was simply known as Chancelor Johnathan Bennett.

In a candid interview on The Tonight Show Starring Jimmy Fallon, the “No Problem” artist revealed that his dad tried to steer him away from pursuing a career in music.

“In the beginning, he did not want me to be a rapper,” Chance reflected with a smile, saying his dad, Ken Bennett, was doing the fatherly thing and tried to push him toward a college education, instead.

“You know, as parents do when their kids graduate from high school and they don’t go to college or get a job, it [was] kind of like a friction thing,” the Slice star reflected.

After spending some time apart, allowing Chance to focus on building his career, he says the two were able to come to an understanding and new respect.  In addition, it allowed his father to set him on the right path.

“He really helped, you know, just guide me in terms of the amount of work and focus that I needed to work on it from a business side,” the 27-year-old explained. “He is still doing that to this day!”

The “Holy” artist also threw in an interesting tidbit about his stage name during his interview.  Chance the Rapper isn’t actually the first alias he went by.  He actually used to call himself “Chano.”

“It was a terrible name,” he smirked, adding that the what he goes by now has a pretty uneventful origin — it was the Twitter handle his female friend used when she first signed him up for the website.

When You Trip Over Something… 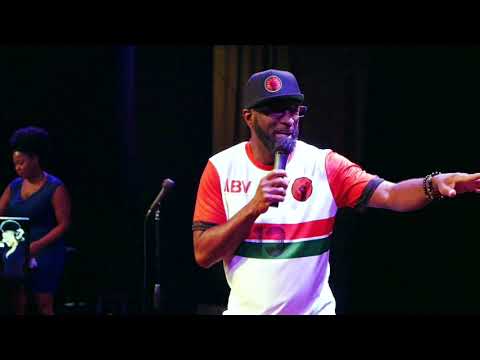