ROBYN BECK/AFP via Getty ImagesBeyoncé, Rihanna, Nicki Minaj, PJ Morton, Burna Boy and more are among the celebrities using their global social media platforms to call for an end to police brutality in Nigeria with the hashtag #EndSARS.

According to reports, protesters have been shot, injured and some killed since protests against police brutality began nearly two weeks ago.  The protests were sparked by a viral video showing a man being beaten by Nigeria’s Special Anti-Robbery Squad — SARS — which has been accused by human rights groups of widespread abuses.

On Tuesday, leaders of the #EndSARS movement claimed the government directed security forces to open fire on protesters after ordering lights to be shut off and the removal of surveillance cameras.

“I am heartbroken to see the senseless brutality taking place in Nigeria. There has to be an end to SARS,” Beyoncé wrote on Instagram. “We have been working on partnerships with youth organizations to support those protesting for change. We are collaborating with coalitions to provide emergency healthcare, food, and shelter. To our Nigerian brothers and sister, we stand with you.”

As the news spread across the world, a number of celebrities joined commented on the violence.  Here’s a roundup:

Rihanna: “I can’t [bear] to see this torture and brutalization that is continuing to affect nations across our planet! It’s such a betrayal to the citizens, the very people put in place to protect are the ones who are most afraid of being murdered by! My heart is broken for Nigeria man! It is unbearable to watch! I’m so proud of your strength and [for] not letting up on the fight for what’s right! #EndSARS.”

Nicki Minaj: “Standing with & praying for the brave young people of Nigeria who are on the front lines of this senseless violence. Your voice is being heard. #EndSARS.”

Big Sean: “Nigeria!!! Y’all on my heart! It’s horrific over there! So many people being murdered for peaceful protesting about being murdered! #EndSARS.”

Missy Elliot: “Prayers for out brothers & sisters and all they are going through. Praying for strength/healing.”

PJ Morton: “Praying for Nigeria, So Sad to see.”

Burna Boy: “May the heavens open and celebrate all Martyrs and Fallen Heroes who died today and all who have died for this Movement from the beginning. You are our Heroes and we will not let your death be in vain.”

“President @MuhammaduBuhari, please stop the violence that is killing the bright and promising future of Nigeria,” she wrote.

“Our youths and young generation are our leaders of the future. Show the world who are watching…BE THE HEAD OF STATE THAT SETS AN EXAMPLE! #STOP POLICE BRUTALITY!! #STOP THE SPECIAL ANTI-ROBBERY SQUAD.”

Church Announcements: What Happened To The Deacon Wearing A Black Panther Costume 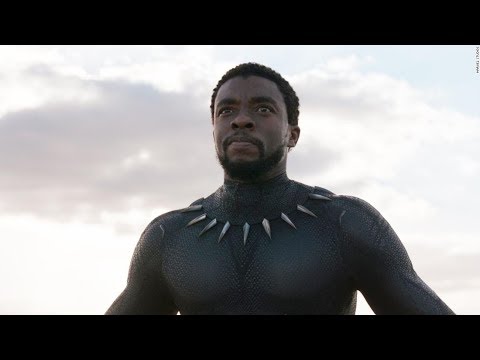