American Music Awards host Taraji P. Henson on what fans can expect — and which nominees she wants to have turkey with  – Music News

ABC/Sami DrasinThe American Music Awards are happening this Sunday night in L.A. — and elsewhere, according to host Taraji P. Henson.

“Most of the performers are gonna be there. Y’know, due to COVID, some don’t wanna travel, but we’re gonna have a big in-house show,” the actress promises.

“A lot of the performers will be there. Winners too,” she adds, promising “half taped performances, half on the stage.”

“I am most looking forward to Jennifer Lopez because I missed [her] when she was in Vegas. I missed her and I missed Janet Jackson. And they both invited me personally!” Henson tells ABC Audio.

“But I was on this show, I don’t know if you remember this show called Empire?” she jokes. “And it took up a lot of my time!  So I missed both of those queens when they were in Vegas.”

“I just hope everybody has a mop…I don’t want to be slipping on a stage, you get me?” she laughs, referring to Meg’s raunchy single “WAP.”

“She’s having such a big year and she’s so excited,” the Oscar-nominated star gushes. “It’s just so beautiful to see the young flourish…she’s worked so hard.”

With eight nods apiece, the leading AMA nominees are The Weeknd and Roddy Ricch.  They’re also up for Artist of the Year, along with Justin Bieber, Post Malone and Taylor Swift.  Which two of those stars would Henson like to invite home for Thanksgiving?

“Post Malone!” she says. “…[H]e has such an amazing Southern hospitality and Southern manner about him. I bet you he can cook!”

“And Taylor Swift, because every time I see her, she’s just like ‘Hey girl, hey!’ She’s just fun.”

Ladies Having A Loud Conversation At Karaoke Night 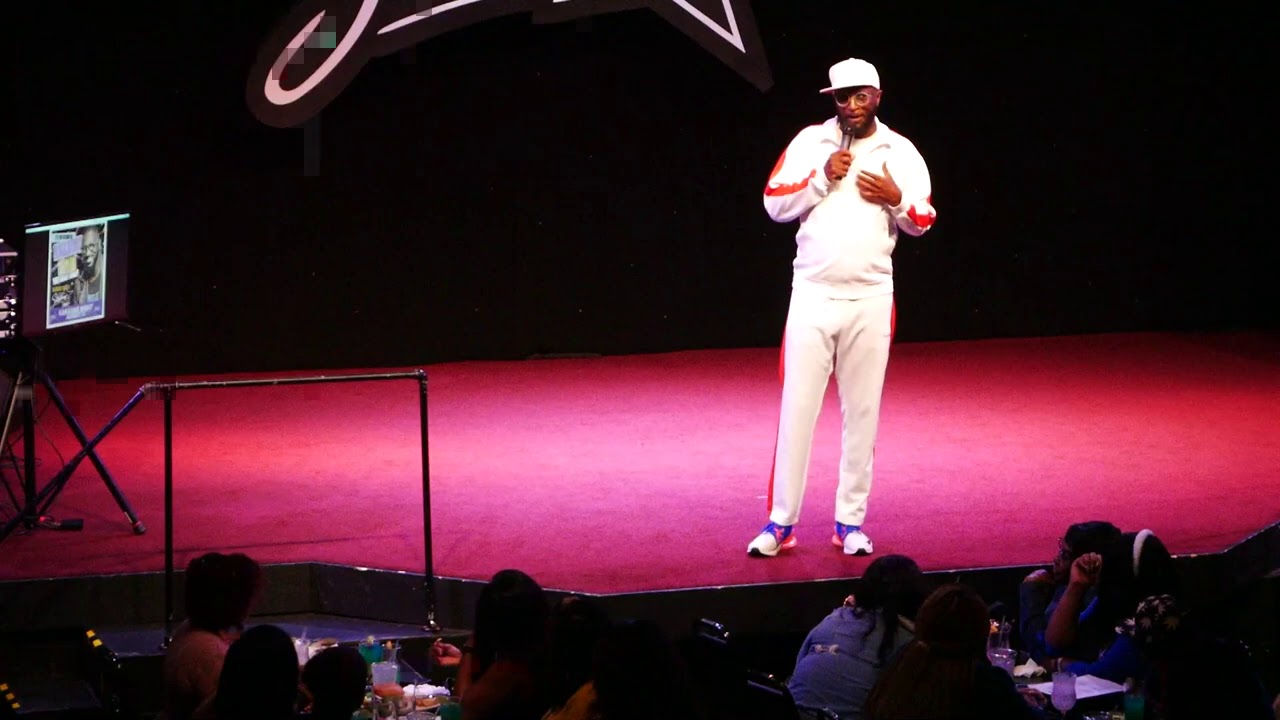