After six seasons, ‘In the Cut’ star Kellita Smith says she finds her character “more relatable, and even more real” – Music News

Courtesy of Sharp & Associates PRKellita Smith has taken on another strong role in the Bounce TV sitcom In the Cut.

Now in its sixth season, Smith, who plays the sassy and strong-headed salon owner Cheryl, tells ABC Audio that she was initially concerned when producers decided to fast-track her relationship with co-star Dorien Wilson on the show.

“I got on to the show in their second season…. and was just a salon owner and at that time,” Smith says. “The character [was] getting to know the people that were already there.”

“And then it morphed into the relationship with Jay Weaver, played by Dorien,” she continues. “And it kind of took off into a situation which I thought was a little scary to get them married. I was like, ‘Oh, where we going from here?'”

But after seeing her character’s relationship evolve on the screen, Smith says she felt relieved, calling it a “beautiful thing.”

“They have allowed this relationship to morph and kind of show moments where you’re vulnerable, moments where it’s real, and moments where we can make those moments funny,” she says. “And also come away with a good heart feeling and some truth.”

Now, Smith says she finds her character “more relatable, and even more real.”

“Because I am a woman who’s over 30, who does not have any children, who is married and trying to hold it down at the same time,” she says. “Those kind of things that creep up in your head, ‘Do I need to have a child? What do I do in this moment?’ and ‘My husband is coming home late. What does that mean?’ and ‘Is he sneaking around?'”

“So there’s a lot of little, wonderful little idiosyncrasies that we get to explore,” she adds.

In the Cut airs Wednesday nights. 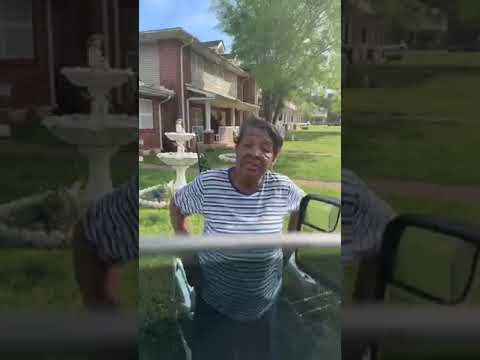