Richard Cartwright/CBS ©2019 CBS Broadcasting, Inc. Between episodes of Ozark and starting a work out regimen, actor Marcel Spears is reflecting on his first TV show The Mayor and the journey he’s been on since its cancellation in 2018.

The budding actor tells ABC Audio he went through a “tough” 11 months of prayer and grinding in audition rooms before landing the role, only to see it end after just one season. But honestly, he believes the world’s climate just wasn’t ready for the show’s political comedy.

“It was really tough. First of all, that cast was fantastic. I loved working with those people every day,” Spears tells ABC Audio of his former castmates including Brandon Micheal Hall, Yvette Nicole Brown, Bernard D. Jones, Lea Michele, and more.

Despite great chemistry among the cast, Spears felt the show didn’t get the chance it deserved to grow and blossom based on its content.

“We were tackling some really tough sort of topics, and we were coming at it from a perspective that I don’t think a lot of people got a chance to hear, but it was a fantastic show,” he says.

Now, Spears stars on CBS’ The Neighborhood, alongside Cedric the Entertainer and Tichina Arnold. The show was just picked up for third season.

Mother of unarmed black man killed in Georgia speaks out: ‘Ahmaud didn’t deserve to go the way that he went’ – National News

T.I. Talks About How He Feels About Troy Ave. After Club Shooting 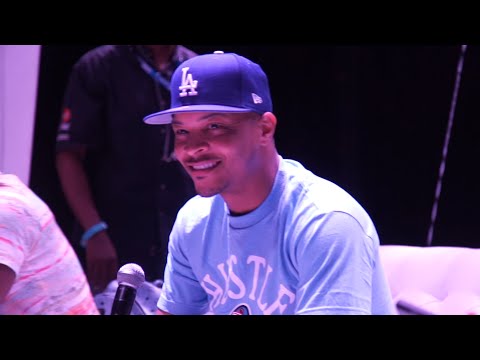