Written by Kiara Alfonseca and Mary Kekatos ABC News on May 13, 2022

(NEW YORK) — Teaneck and Ridgewood are towns in New Jersey that are just minutes from each other.

Throughout the pandemic, the novel coronavirus has continued to disproportionately burden predominantly Black cities and towns across the United States, according to federal and state-level analyses of COVID-19 data.

Despite local and national efforts to address these disparities, Black communities continue to suffer more cases, hospitalizations and deaths compared to nearby majority-white towns — and have less access to vaccines, according to the Kaiser Family Foundation (KFF), a health policy analysis organization.

As of April 29, the latest date for which data is available, Teaneck, a predominantly Black and Hispanic community, has seen 22.9% of residents contract COVID-19 and 0.34% die of the virus.

While Teaneck’s death rate is lower than the national average of 1.2%, it is almost double nearby Ridgewood, a predominantly white town just 15 minutes away. As of May 6, 14.9% of residents have tested positive and 0.18% have died there, most of these deaths occurring in long-term care facilities.

“I know that we were definitely ground zero [in New Jersey] for a little while,” Lucria Ortiz, a resident of Teaneck, told ABC News. “I had friends that worked in the hospital, so we would hear how things were going there: the number of cases and how care became increasingly difficult.”

At Holy Name Medical Center in Teaneck, almost the entire hospital was full of COVID-19 patients during the first wave in Spring 2020. A pop-up ICU had to be opened, which at one point was housing 60 patients — all of whom were on ventilators. Since then, the number of admitted COVID-19 patients has been dramatically lower.

“It was very overwhelming in the beginning,” Dr. Suraj Saggar, chief of infectious disease at Holy Name, told ABC News. “Almost all elective procedures, elective visits, screenings were canceled, and people were afraid to come into the hospital, so it was, for lack of a better phrase, all COVID all the time.”

The Poor People’s Campaign and U.N. Sustainable Development Solutions Network found U.S. counties with disproportionately more Black residents had a significantly higher COVID-19 death rate than counties that did not.

The report found that collectively, counties with larger Black communities experienced about 32 more deaths per 100,000 than counties that were not predominantly Black.

Teaneck was hit hard early in the pandemic. When the township shut down on March 14, 2020, Teaneck councilwoman Gervonn Romney Rice said the impact of the virus could be felt throughout the community.

“I lost two members of my church early on,” Rice told ABC News. “The eerie silence, the fear of going to the grocery stores.”

In Teaneck, 28% of residents who died of COVID-19 since 2020 are Black, despite Black people making up 23% of the population, federal and state data show.

Saggar said when lockdowns first occurred in March 2020, COVID-19 patients admitted to the hospital came from all demographics. But within a few weeks, the hospital started getting a higher proportion of patients from racial/ethnic minority groups and of lower socioeconomic status.

Similar disparities are seen even in majority-white neighborhoods. Black people make up only 2% of Ridgewood residents, but 8.5% of the town’s COVID deaths, according to the Ridgewood Health Department.

Barriers to accessing health care and COVID-19 safety tools — including information, testing and vaccinations — proved to play a vital role in how the different communities were affected.

Why do these disparities exist?

Experts say there are several reasons why these disparities occur between white people and people of color.

“I would firstly point to a lack of access particularly to primary care,” Bob Garrett, CEO at Hackensack Meridian Health, a network of healthcare providers in New Jersey, told ABC News. “Thirty million Americans still don’t have health insurance and half of that — 15 million — are from communities of color, so that’s a significant issue.”

People of color were also more likely to have jobs during the pandemic that didn’t allow them to work from home, according to the Bureau of Labor Statistics, which increases their exposure.

They are also more likely to live in multigenerational houses, where it would be difficult for a sick patient to isolate, the Pew Research Center reports.

“It became clear in our area that certain demographics were being hit much harder than others,” Saggar said. “It was disproportionately people of disadvantaged backgrounds, and minorities were disproportionately represented” among COVID-19 patients at Holy Name.

These disparities continued into the vaccine rollout. A July 2021 report from the National Urban League found even though the percentage of Black and white people who were vaccine-hesitant or refuse to get the vaccine were about the same, vaccination rates were still much lower among Black populations.

Disparities in COVID-19 vaccination rates highlighted inequities in vaccine distribution and access for Black populations, according to the National Urban League report. Research showed Black people were more likely than whites to live more than 10 miles from a vaccine facility.

Efforts to improve vaccine access have since turned the tide on poor vaccination rates among Black Americans.

In April 2021, the CDC declared racism a public health emergency, saying it was not the virus itself responsible for these disparities in deaths and impacts, but rather racism from medical, social and political institutions.

“The pandemic illuminated inequities that have existed for generations and revealed for all of America a known, but often unaddressed, epidemic impacting public health: racism,” CDC director Dr. Rochelle Walensky said in a statement at the time.

Communities are trying to improve access to COVID vaccines

After seeing the disproportionate effect COVID-19 had on racial and ethnic minorities, local initiatives in Teaneck aimed to address the issue.

Leaders created targeted information campaigns that relied on trusted community doctors to be the voices on vaccines, the virus and safety precautions, according to Rice.

“We would have never gotten to the great numbers [of vaccinated people] that we did if we didn’t make concerted efforts to reach people,” Rice said.

About 89% of Teaneck residents have had at least one dose of the vaccine.

Almost 60% of Black New Jersey residents have at least one dose, health department data shows, higher than the nationwide average of 57% according to KFF.

“We really focused on partnering with local organizations — community agencies, houses of worship — to really extend the message, how important it is to be vaccinated and to try to overcome some of the historical issues of trust that these communities have had,” he said.

Paul Vagianos, a Ridgewood councilman, believes strongly in the importance of local leaders helping increase vaccination rates among people of color and overall. He owns a Greek restaurant in Ridgewood, and he required every employee to get vaccinated and boosted against COVID.

“That was, for some, a bit of a struggle,” he told ABC News. “They didn’t fully understand the severity of the situation. But my people have been with me for decades and they trust me, and I told them I’m not asking them to do anything that my family has not done.”

Vagianos said when community leaders take the time to speak to their fellow residents and address their concerns about vaccinations, it can make a big difference.

“It’s absolutely critical because everyone does not have the same information flow,” he said. “So community leaders have a responsibility to guide the people who look to them for leadership and the right decision.”

“Organizational trustworthiness served to build confidence across the communities served, which resulted in thousands more people of color making the decision to become vaccinated,” the report read.

Disparities have fallen due to such efforts: Hispanic, Black, and AIAN people are now about twice as likely to die from COVID-19 as their White counterparts, according to KFF.

Although the gap in COVID-19 death rates between white people and people of color has shrunk, Rice said it is still too much of a burden to bear.

“The thought that we’re not finished yet is daunting,” she said. “I just heard that a classroom was impacted by COVID today and just the thought of going through that again is just something I can’t even wrap my head around.”

“I feel like the social injustices that were impacting us … it was just another extra layer of exhaustion and depression,” she added.

Garrett said he believes closing the gaps between Black and white death rates from COVID-19 is not just important from a healthcare perspective but also a moral imperative.

He added that he is hopeful future community partnerships can help eliminate these disparities and prevent a similar situation from occurring in any future pandemics.

“During COVID, there was a huge gap in terms of who was receiving the vaccine at first,” Garrett said. “Caucasians were getting the vaccine in much greater numbers than people of color. Through education, through community partnerships, we closed that gap significantly so there’s also hope … I’m certainly hopeful for the future.” 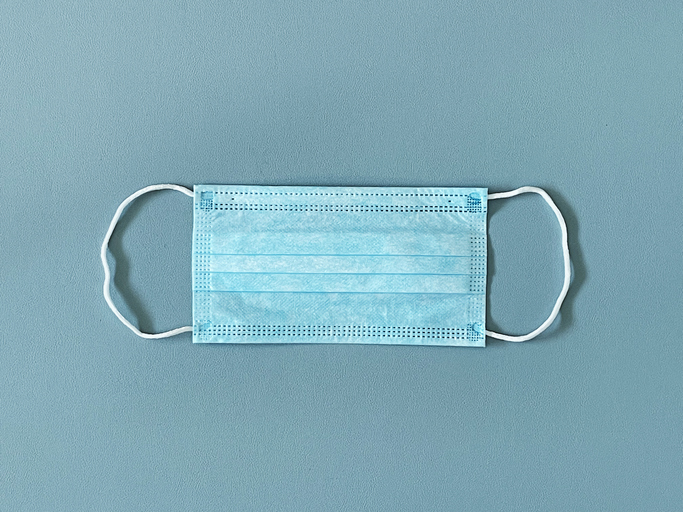 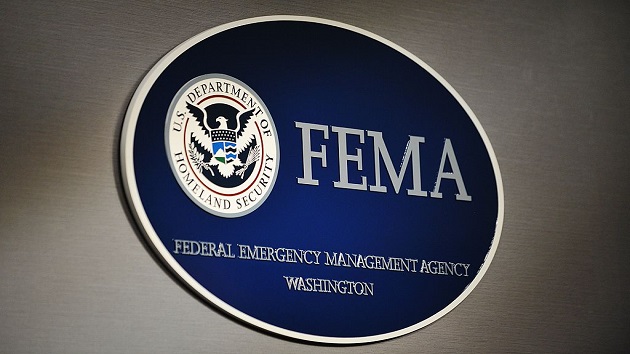 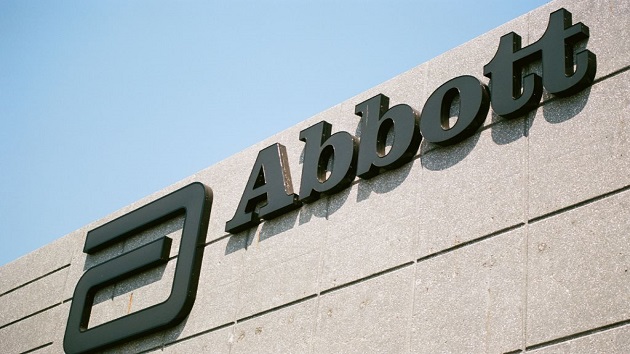 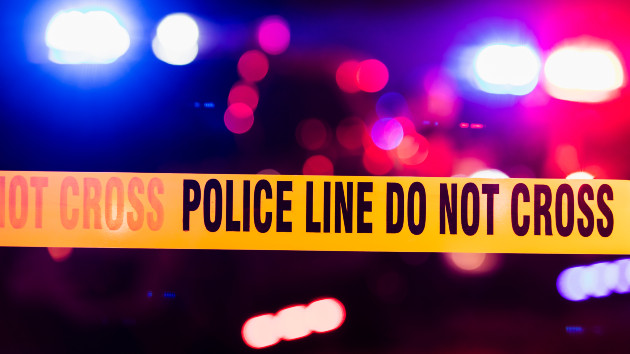 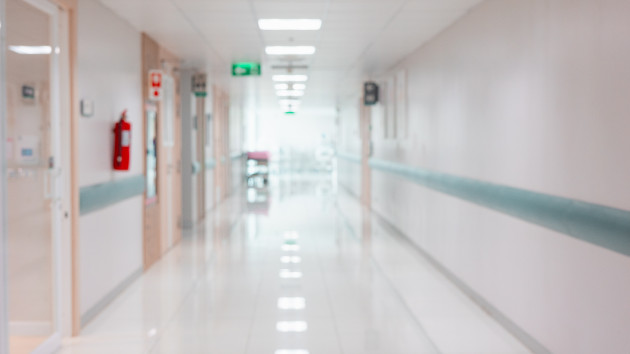