Film is inherently a lens utilized to see the world. How we see the events happening around us, ultimately bending, distorting, and reporting their significance, is what makes the cinematic language not just one of sound and moving images but one that forces us to question our interpretation of the thoughts, feelings, and memories we take in. Three such works premiered in the World Documentary Section this year, all playing with our expectations to grant a clearer picture of the meaning we derive from our presentation of history.

It begins most clearly with directors Axel Danielson and Maximilien Van Aertryck’s cutting investigation “Fantastic Machine.” In it, the filmmakers chronicle how humans have altered and often perverted the moving image to rewrite reality, from the oldest photograph (taken by Joseph Nicéphore Niépce in 1827) to the contemporary fascination of monetizing the pruned images of our lives for cultural cache.

Sometimes their observations can veer toward mocking, such as when they poke fun at how Eurovision, by virtue of a green screen, pretends their presenters are in different countries when they’re actually all in the same studio. At other points, the directors are scathing, like when they present an archival interview with Ted Turner espousing his philosophy behind the kind of escapism that makes “The Beverly Hillbillies” and exploitative cable news coverage as allied forms of entertainment.

Those moments, in a film that loves itself a montage, can put truth to power and comedy to video. But this searing and shocking examination of our popular culture, where content is king, is strongest when it scares the viewer. Think about how the directors use real B-roll of ISIS terrorists shooting a propaganda video. The terrorists bring props and a script. And it’s even, initially, played for laughs when the ISIS member can’t remember his lines. But then “Fantastic Machine” goes a step further: In another sequence, the directors juxtapose sights of German director Leni Riefenstahl showing how she created Nazi propaganda (she’s basically giddy showing her technical expertise in uplifting genocide) fiercely edited against how Sidney Bernstein viewed his duty in trying to capture accurate images of the Holocaust.

“Fantastic Machine” reflects on the manipulation of the truth in our present news landscape: Anyone with a mic, a camera, and a YouTube channel can call themselves a reporter. And anyone with a big enough mouth can shout “Fake News.” But what’s even more fascinating is the ending, which considers the Voyager Golden Record, sent into space in 1977, as a welcome record to aliens of human existence. We know about the audio included. But did you know we included images that showed the best of humanity sans war, poverty, and strife? In this striking conclusion, our obsession with commanding the truth behind the image isn’t a new disease. It’s merely the human condition.

“I have to be very careful about remembering my memories,” says Milisuthando Bongela, the introspective director behind the searing, highly personal documentary, “Milisuthando.” In Bongela’s poignant recollections resides complexity and confusion, layers of trauma connected to accepted doubts and truths about her childhood, country, and home. Her thoughts begin with a grainy video dating back to 2014 of a Black woman in Johannesburg, South Africa, stripping herself naked in front of Nelson Mandela’s statue, and ends with the burial of her kin. In between those two lamentations resides a piercing interrogation of history, ancestry, nationalism, and the relics of apartheid.

Bongela hails from the defunct country of Transkie, an experimental state within South Africa lasting between 1976 to 1994, which played with the idea of creating a separate but equal homeland for Africans that would grant them their own spaces, schools, and identities—and most importantly, put them far away from whites. During a visit with her grandmother, in the tiny pink home Bongela considers the true site of her upbringing, she grapples with the historical toxic residue left by the conception behind her former country: How could her adolescence be filled with racism when the existence of Transkie—filled with a blurring swirl of smiles, wholesome church services, vibrant fashions, and fervent traditions—never felt outwardly racist? What does it mean for her to exist in relation to white power? And how can she allow her ancestors to exist through her? These are just some of the large questions, broken into chapters narrated by Bongela, that the director quizzically unpacks.

“Milisuthando” has a torrent of indelible images: A montage of supposed progress—of flowers blooming, children playing, and families communing—is told with a similar thematic thrust of the oncoming danger felt in Terrence Malick’s “The New World” by setting the scene to Richard Wagner “Das Rheingold.” And there are unforgettable words, such as a frank conversation between Bongela and her white producer and friend, Marion Isaacs, which strike at the often-unspoken scars of apartheid. Eloquently shot and sharply edited by Hankyeol Lee; Bongela’s “Milisuthando” is thematically shocking and emotionally unflinching like Rebeca Huntt’s “Beba.” Like that film, “Milisuthando” intertwines the inequities of Bongela’s personal past with the systemic shortcomings they were forged in and wields a sledgehammer against history.

The Chilean director Maite Alberdi has made a career chronicling the elderly in films such as “The Mole Agent” and “Tea Time” (La Once). Similar to her short “I’m Not from Here” (Yo no soy de aquí), her latest film, “The Eternal Memory,” delves deep into the life of someone battling Alzheimer’s disease. In this case, it’s Chilean reporter Augusto Góngora. The journalist has spent a large chunk of his life following the violent dictatorship of Augusto Pinochet, recording the emotional and political memory of Chile. With his own memory now failing, however, his wife Paulina, an actress and former president of the National Council of Culture and the Arts, is his caregiver.

Alberdi doesn’t provide much background on the early arc of Augusto’s disease: We don’t know how much time has passed between his diagnosis and what we’re seeing on screen; and we learn even less about how much time is presently passing. Instead, day-to-day footage of Paulina caring for Augusto marks the time: We see the walks the couple take, her reading books to him, and him watching her theatrical performances. We absorb the love that fuels them and feel the fear, pain, and anguish that envelops Augusto as he declines. It’s not an easy watch. Similar to other Alzheimer documentaries like “Dick Johnson is Dead” and “Our Time Machine,” in our small yet inescapable way, we come to feel the mourning their able-bodied loved one is experiencing.

But outside of the built-in heartbreak in this story, Alberdi adds very few other layers. She tries to run Augusto’s memory loss as parallel to the slippery memory of the Pinochet reign that Chileans needed to confront if they wanted to remake their national identity. Unfortunately, the footage of his reporting isn’t weaved through enough to land this metaphorical arc. While the obstacles depicted in “The Eternal Memory” are certainly a testament to this couple’s love, in relation to the aims of the film, their acute ordeal is only half the picture. 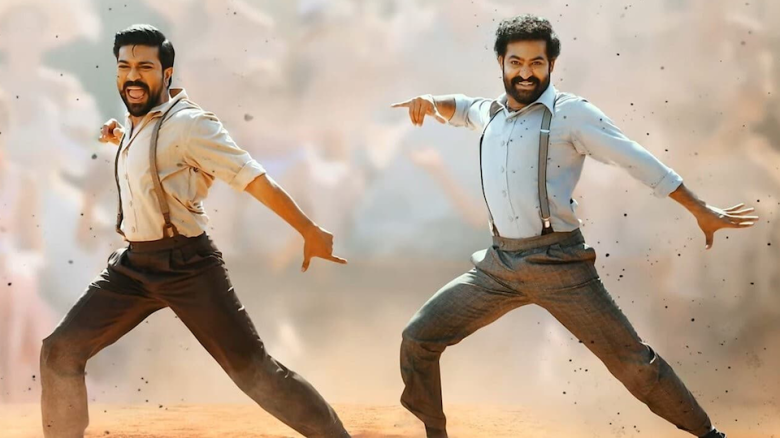 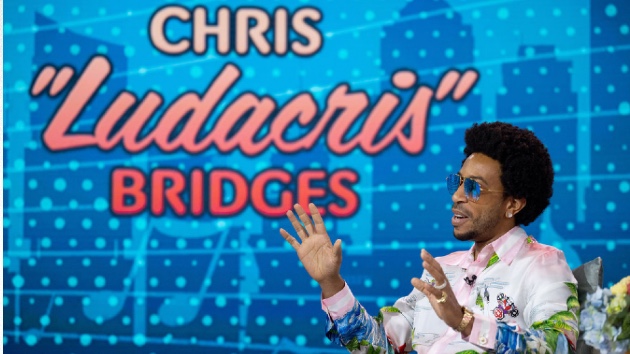 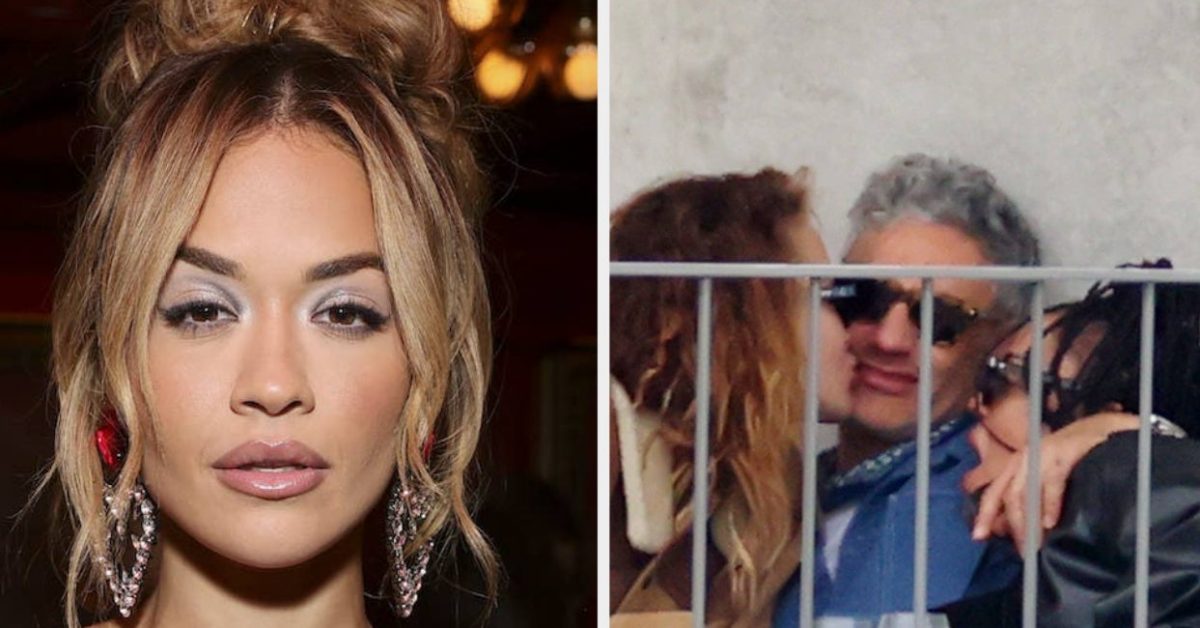