Most fans of rising Memphis rap star GloRilla will tell you that her emphatic bellow of a voice is what drew them to her music, and story, this year. But it wasn’t until the summer of 2021 that she unveiled her ominous delivery.

Glo’s first tape (and proven premonition), Most Likely Up Next, came out in 2019 and the then-19-year-old possessed many of the qualities that people love her for now: rowdy, car-rattling energy and valiant attempts at anthems about people having her f* up. It didn’t really stick, though. Her untrained voice was more of a light squawk and she was lost in a pool of not-quite-there artists from a city known for distinctive rap characters. So Glo went back to the drawing board to figure out a way to separate herself from the pack.

After taking time to hone in on a sound she felt more comfortable with, GloRilla met Hitkidd at a local open mic. Soon after he started releasing posse cuts featuring her and other promising young women from Memphis like K Carbon and Gloss Up. Tracks like “Set the Tone” laid the groundwork for GloRilla’s ascension.

She was already a local standout by the time her career-cementing single, “F.N.F (Let’s Go),” hit this April, but that song was the first of hers to really click on all cylinders.

The video felt like the full-day version of Megan Thee Stallion’s “drive the boat” campaign, with Henny guzzling, twerking on car hoods in the middle of Memphis intersections and seemingly every close friend Glo could get to the shoot there to partake.

It was an attainable kind of fun — no private jets, yachts, luxury cars or designer clothing, just orchestrating a moment out of what you have around you.

The song advocates for women to prioritize restriction-free pleasure with their homegirls over being at the mercy of a dude whose loyalty is in question — a proven formula for many of the women in rap that have come before her. But most importantly, the song’s motor is undeniable, going into overdrive within seconds of starting.

“F.N.F” got her a deal with her hometown hero Yo Gotti’s CMG label, an endearing press tour, and a follow-up hit thanks to a Cardi B guest verse that’ll make you wanna run through a wall. It’s been a steady incline for the hopeful superstar who just released her first mainstream project with a nine-track EP, Anyways, Life’s Great…, capping off the kind of “rookie” year that few rappers have ever enjoyed.

Part of what’s helping to etch GloRilla so firmly into people’s hearts is the way she shows her listeners how to celebrate through adversity — chin up instead of languishing — with an unwavering belief that s*** is gonna work itself out. Do you, and do it with an authoritative stance. “F.N.F” and “Tomorrow” embody that philosophy perfectly.

Nonetheless, Anyways, Life’s Great… is a solid introduction to bigger stages with higher stakes for GloRilla, and “F.N.F” being up for a Grammy will only push her further. What the tape affirms is that she is an energizer. She welcomes being framed as a source of inspiration, especially for people who come from similarly trying backgrounds.

The more we learn about her, the more we see how quickly her life took a complete 360 with the success of “F.N.F” and how she has been manifesting that success (“Out Loud Thinking”). It’s the rallying displayed in the title, pulled from a lyric in that song: the “anyway” pivot embodies her resilience. That’s her superpower — that people home right now desperately looking for a breakthrough can see her and think to themselves, “I just gotta keep going”; that a great life is, in part, just a break away. So when she puts the passion behind that resounding voice throughout this project, it resonates deeply. And if GloRilla can continue harnessing that power to motivate, she could be a voice for her generation.

Guide to Thanksgiving leftovers, how to store and how long it lasts 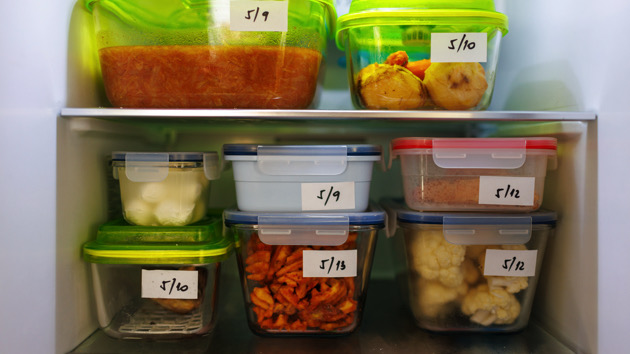