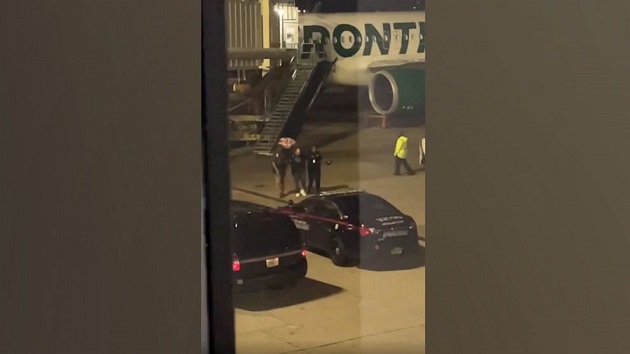 Obtained by ABC News (ATLANTA) — A passenger on a Frontier Airlines flight who allegedly boarded the plane with two box cutters and was seen acting erratically was taken into custody after an emergency landing Friday night, according to the airline and the Transportation Security Administration. Several passengers on the flight, including military veterans and a […]