KEREM YUCEL/AFP via Getty ImagesBy LUIS MARTINEZ, ELIZABETH MCLAUGHLIN and  MATT SEYLER, ABC News (MINNEAPOLIS) — Images of armed Minnesota National Guardsmen on the streets of Minneapolis and President Trump’s controversial tweet suggesting a further military role have raised questions about what Guardsmen can do to control the violence in Minneapolis and whether the active […] 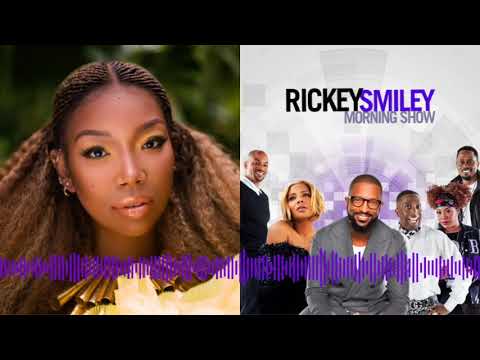 We had the awesome Brandy on the show today and it was so great to talk to her!! She talked about her brand new song with Chance The Rapper called “Baby …

Source: Netflix Ellie (Nia Long) tries to mend her marriage with her husband Marcus (Stephen Bishop) after a brief encounter with an old friend David (Omar Epps) only to find that David is more dangerous and unstable than she’d realized in Netflix‘s upcoming thriller “Fatal Affair.” This comes 20 years after Omar Epps and Nia […]

carlballou/iStockBy CATHERINE THORBECKE, ABC NEWS (MINNEAPOLIS, Minn.) — Derek Chauvin, the police officer charged with third-degree murder in connection with the death of George Floyd, had his knee on Floyd’s neck for nearly nine minutes — including almost three minutes while Floyd was unresponsive — according to court documents. Video of Chauvin pinning Floyd to […]

iStock/BlakeDavidTaylorDerek Chauvin, the white former Minneapolis police officer seen in a widely-circulated video pinning George Floyd‘s neck to the ground with his knee, has been charged with murder in Floyd’s death. Hennepin County Attorney Mike Freeman announced during a Friday afternoon press conference that Chauvin was taken into custody just before noon local time and has been charged […]

Source: Motown Gospel You may remember powerhouse songstress Evvie Mickinney as the Season 1 winner of FOX’s “The Four: Battle to Stardom” where she gave it her all each week in front of celebrity judges Diddy, DJ Khaled and Meghan Trainor. Evvie quickly rose as the fan fave and claimed the crown through powerful performances […]

Source: Carmen Mandato / Getty Colin Kaepernick hasn’t looked back since taking a knee, in 2016, in protest of police brutality. Now, the famed athlete-turned-activist is continuing to support the cause by speaking out after the tragic death of George Floyd, in addition to creating a legal defense fund for the Minneapolis protesters fighting for […]

Evgen_Prozhyrko/iStockBy ELLA TORRES, WILLIAM MANSELL and IVAN PEREIRA, ABC News (MINNEAPOLIS) — Authorities have released the 911 call in connection to the death of George Floyd, a black man who was seen pinned down in a video by a white police officer and later died. The video of Floyd’s death has now caused outrage in […]

Source: MANDEL NGAN / Getty The one voice the country wanted to hear from has spoken.   The city of Minneapolis is burning literally, and figuratively, protestors are still demanding justice for George Floyd, and there isn’t a voice worth listening to coming out of the White House. One voice in particular many we’re looking […]

Break Up To Make Up: Photos Of ‘Insecure’ Exes Prove They’re Still Baddies

Source: Ali Goldstein / Getty Everyone has an opinion on Insecure characters, but it’s safe to say that both Issa (Issa Rae) and Molly (Yvonne Orji) have made some questionable dating decisions. It seems like Molly is just now getting her act together with her “Asian Bae” Andrew (played by Alexander Hodge). But let’s not […]